Ambassadors to the Wild 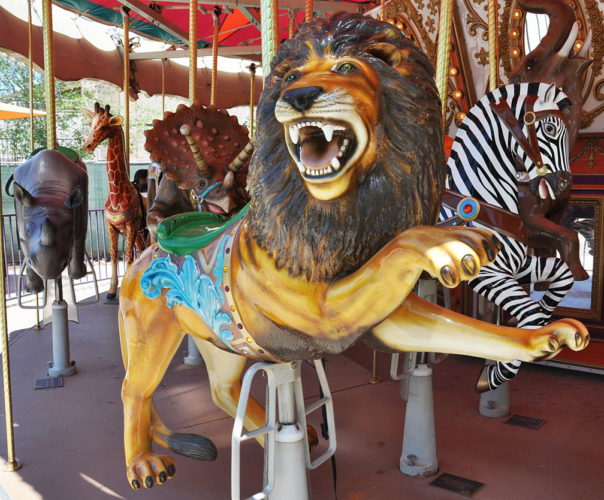 Written and photographed By Danielle A. Moton

There are changes taking place at the El Paso Zoo, but it’s important to understand one of the key players in making those changes possible—the El Paso Zoological Society (EPZS). The EPZS is a private, non-profit support organization, and their primary mission is the growth and success of the El Paso Zoo. The El Paso Zoological Society not only supports operational costs, but also works to obtain funding for extraordinary facilities at the zoo including capital improvements, landscaping, visitor amenities, advertising, and animal exhibits: in some past projects, the Society obtained funding for the construction of the Foster Tree House Playground, the Hunt Family Desert Spring splash pad and the McKee Giraffe Shade Structure and Giraffe Hut. As the zoo moves forward with its Quality of Life Bond projects, the EPZS is moving along with the new Hunt Family Endangered Species carousel.

This new 36-foot carousel will be a feature of the new entrance to the Asia area of the Zoo. This new entrance is part of the Quality of Life bond, but the endangered species carousel is being funded by the Hunt Family Foundation. It is an $800,000 carousel that includes a poly-ground structure that will protect the carousel from the extreme temperatures and unpredictable weather.

However, in order to ensure the carousel remains a shining fixture at the zoo for years to come, the EPZS is allowing the general public to “sponsor” one of the 30 animals that will be on this ticketed attraction. The animals will range from endangered to extinct, and each hand crafted, hand painted animal is up for a set donation amount along with a plaque providing an opportunity for advertisement or as a remembrance piece.

There are three primary donation levels ($2,500, $5,000 and $7,500), and the donation amounts are based on the animal selected and where that animal is located on the carousel. For example, animals on the outer and most visible part of the carousel, like the African lion and white rhino, are $7,500, while animals in the innermost level of the carousel like the red panda and tapir are $2,500. Anyone who sponsors an animal will also receive a number of carousel ride tickets based on their level of donation.

There are also two larger fixtures that fall into their own sponsorship level—the spinning bird’s nest, made for families/groups, and the swan chariot which will be ADA accessible for wheelchairs. Sponsorship for each of these fixtures requires a $10,000 donation and comes with 100 carousel ride tickets. Both are still available, but there are a few animals that have already been sponsored, including the triceratops, spotted leopard, hippopotamus and gorilla.

The money raised by the carousel will go back into maintenance for it, including the flooring, mechanical elements and upkeep of the animal fixtures. This carousel is meant to bring awareness to the necessity of conservation intervention. There are significant animals that are highly endangered in the world which is cause for concern. One of the El Paso Zoo’s priorities is to actively save wildlife from extinction through conservation work both at the zoo and in the field.

Renee Neuert, El Paso Zoological Society Executive Director, emphasized that this carousel is an important addition to the zoo. “Number one, [this carousel] showcases some of the endangered species found all over the world, so each animal becomes an ambassador to the wild. They will remind us that what we do here today affects our planet tomorrow. They will reinforce some of the key messages of the El Paso Zoo. Number two, the El Paso Zoo and the El Paso Zoological Society are both focused on families and this carousel allows children to learn about these ambassadors to the wild while having fun and spending time with their family.” 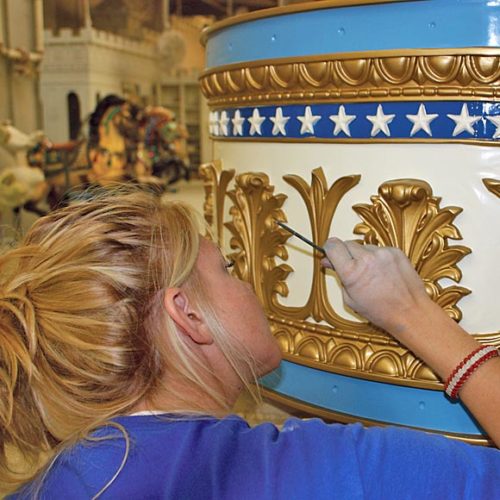