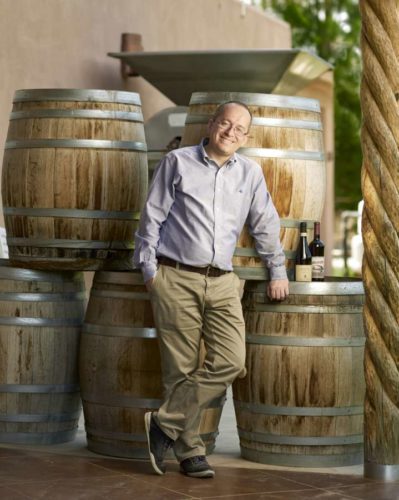 “With wine ideas flow,” and flow they did over several glasses and a conversation between old friends.  Victor Poulos and Antonio Gaudioso have formed a true and lasting friendship that continues to flourish after 12 years.  The two have managed to combine their common love of wine into several successful business endeavors, and are now on the verge of introducing an exciting selection of fine Italian wines to our “wine thirsty community.”

Antonio is a true Italian gentleman with an impeccable reputation in the wine industry.  Throughout Italy and beyond, his knowledgeable expertise regarding the production and distribution of fine wine is highly sought after. Antonio began as an export manager for Vecchia Cantina di Montepulciano in Tuscany. He later became CEO of his family’s company, producing and distributing wines from Tuscany, Piedmont and Veneto. Although he holds a degree in political science, his 20 years of experience in wine making have defined his career path.

Victor Poulos is a prominent local attorney, businessman and wine connoisseur who is the proud owner of Zin Valle Vineyards, located in Canutillo, Texas.  Since 2000, Victor has been intrigued by the idea of bringing the finest quality wine to the local area, enthusiastically and aggressively pursuing that vision. Visitors to Zin Valle can experience a uniquely inviting venue in which they can savor grapes of their choice, thanks to the old friendship between Antonio and Victor. 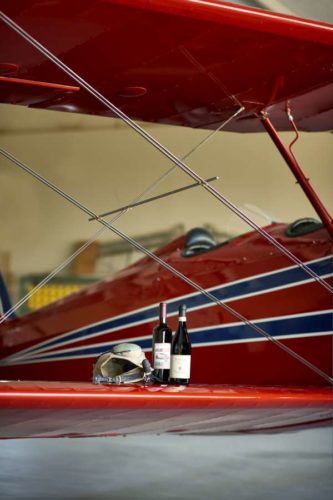 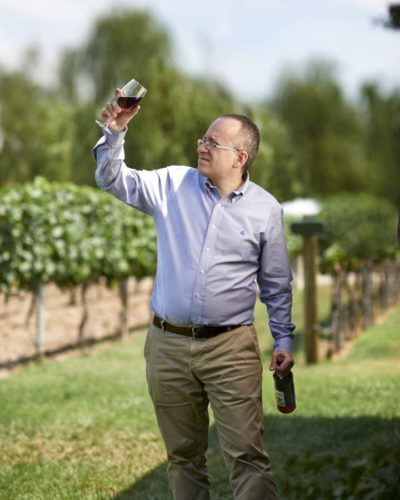 “I have known Antonio for 12 years. We imported wines together years ago when he worked as a wine broker in Italy,” says Victor. He fondly speaks of Antonio’s lovely wife, Giulia, a psychologist in Rome, and his two young children. It’s not hard to distinguish that these two share a genuine friendship.  They speak with one another often, travel regularly to one another’s homes and working on their Italian and English, respectively.  With a foundation of trust, Antonio began to export several of his wines to Texas and partnered with the local vineyard to produce a Chianti.

The label features the antique Great Lakes Biplane, which was owned and flown out of Cielo Dorado Estates by Victor himself. In addition to the Chianti, several other wines, including a Borolo and a Nebbiolo D’Alva Brut Spumante, will be introduced and available at Zin Valle.  It is said that the “best wines are the ones we drink with friends,” and with a variety to choose from, let’s hope we all have plenty of friends!

In recent months, Antonio and Victor have also become partners on yet another venture—a brewery in Montepulciano, which is approximately 70 miles south of Rome.  It will be the first brewery in the famous Tuscan wine country and will feature local beers, including one being made from the sangiovese grape, which is generally used in wine making.  The property will include lodging and dining amenities for guests, as well as possible investment opportunities for those wishing to have ownership in the legendary wine country of Italy “under the Tuscan sun.” 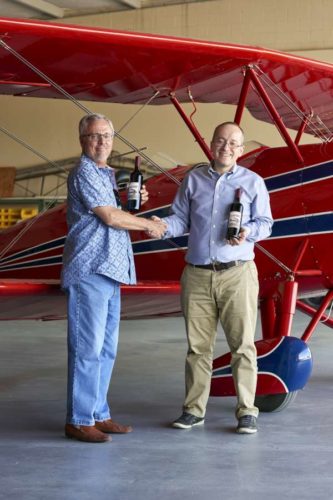 Whether you’re in Italy or El Paso, here’s to sharing drinks with friends, new and old.  As Antonio and Victor can attest to, many dreams and friendships can manifest over a good glass of wine. Here’s to fine Italian wine in El Paso … Cheers!