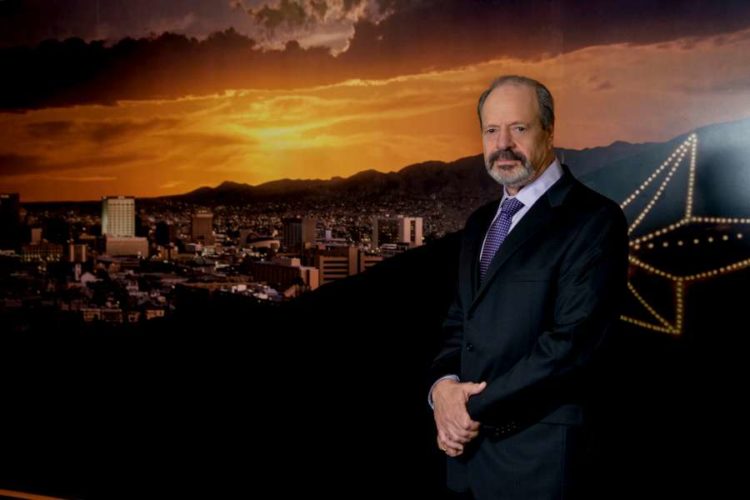 The average citizen looks to a city’s mayor as a position held by an individual, a politician rather, who from a long-standing career in politics is deemed eligible to take such office. The commonly-held perception of these individuals is a past fraught with aggressive political stances, high-profile mayoral campaigns and all the political affiliations that could be expected from it. 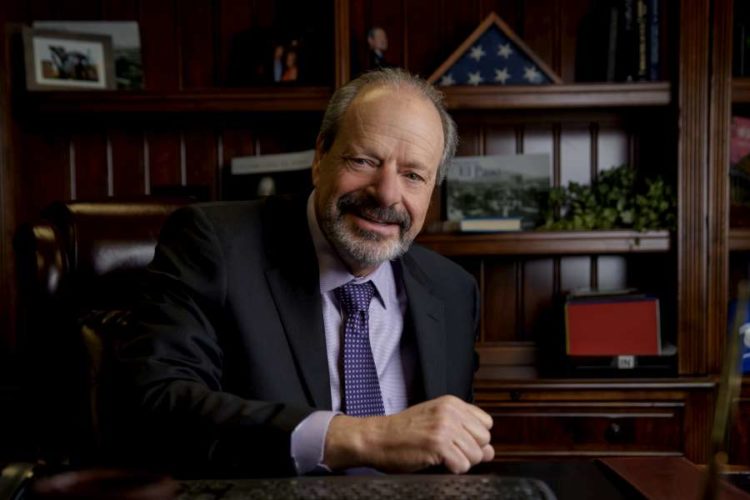 Enter Mayor Oscar Leeser, El Paso’s incumbent mayor and the antithesis of the typical mayoral trajectory. As the 53rd mayor of our Sun City, the decision to run for mayor did not come easily for him, or his family. A leader in the automotive industry, Oscar Leeser made great strides as President of Hyundai of El Paso, taking the dealership to the top as one of the most successful car dealers in not only our city, but in the nation, overall. This was not your typical politician. A native of Mexico who immigrated with his family to the U.S. at age 9, he was also the very first mayor in El Paso’s history who originated from anywhere other than the U.S.

The decision to run for mayor back in 2013 was by no means an easy one for Oscar Leeser. The story behind it is one of heavy contemplation around the unavoidable life changes that would undoubtedly come from that decision. Oscar Leeser and his wife of 30 years, Lisa Leeser, painstakingly discussed every possible angle on how both their private and public lives would be impacted by a decision that, as the mayor says, “became a partnership.” In fact, he’d considered running long before the 2013 election but this would mark the year that the couple would finally make the decision to move forward. The 5 p.m. deadline looming, Mayor Leeser recalls arriving with his wife to City Hall at 2:30 pm on March 1, 2013 to fill out the required paperwork and laughingly remembers how they’d later ask how they were “actually going to kick off a campaign?” 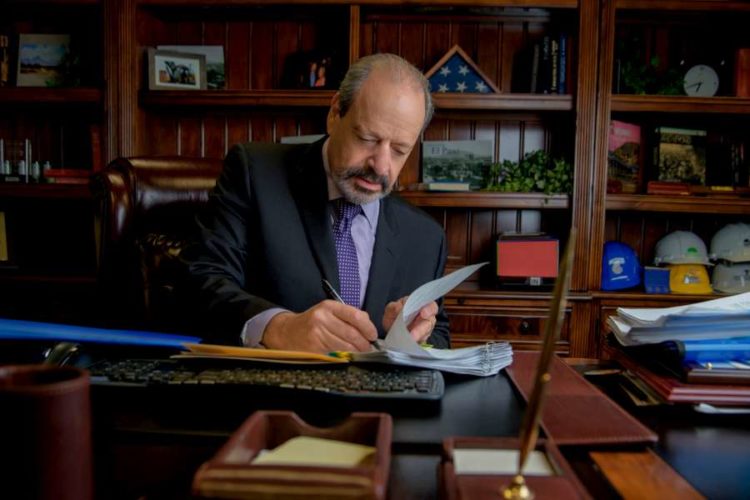 All joking aside, the couple had talked long and hard about how running for office would impact not only their own lives, but that of their children’s. They pressed through difficult moments, nervously contemplating the life-altering decision up through the filing deadline that Friday. “You decide to run for office, you decide that you’re going to be the public official, that you’re going to be out there and you’re prepared, but your wife and kids aren’t,” said the mayor. Yet, the best interests of the community selflessly prevailed and during his very first press conference at 5 p.m. that day, Oscar Leeser detailed an agenda for creating jobs, lowering unemployment and representing the community in its entirety. He says, “It always seemed to frustrate me that we always seem to ask 100 percent of the people to pay taxes, but some of the decisions made are for five percent of the people and that’s not correct.”

Representing 100 percent of the people was exactly what he committed to. Upon taking office, what most don’t realize, is that Mayor Leeser voluntarily chose to donate his salary to charity, a decision that came during those early discussions regarding the manner in which he’d operate while in office. It was also a decision initially kept quiet, so as not to appear as being a “campaign tool.” Now referred to as the Commitment to Care Fund, the Leesers made their intent to pledge the mayoral salary public during their inaugural ceremony and admirably, Mayor Leeser has donated 100 percent of his salary ever since. From the beginning, Lady Leeser has selected a worthwhile charity every month as part of that commitment, each and every penny helping our city and its residents.  In fact, he’s also turned down every gas allowance provided to him as a city employee and says, “I didn’t want anything. I wanted to do this all for the right reasons and I feel very lucky that I have the ability to be able to afford that and give back to our community.”

As for being the only elected mayor in El Paso who wasn’t born in the U.S., Mayor Leeser says, “That meant a lot to us because one of the biggest things I wanted to do is create a great working relationship between El Paso, Juárez and Mexico … We need to tear down the walls … because we knew that we were one economy.” In fact, he and the mayor of Juárez worked closely in helping to expand our community, and together shared in the aim of approaching companies to take interest in and invest on the border.

Bringing companies to El Paso was, in fact, one of our mayor’s stated goals and more notable accomplishments. Although he elicited scrutiny for not having a platform at first, commonly stating an often-failed agenda for job creation, in reality he did just that—create jobs. When Mayor Leeser took office in June 2013, our city’s unemployment rate was at a high of 9.0 percent.* By May 2016, that rate had dropped to a low of 4.1 percent,* an improvement credited to the fact that, as promised, our mayor aimed to provide the right incentives to attract companies and ultimately spurred growth in our economy through jobs. The incentives proved invaluable.

He explains, “Now we’re building a future for El Paso. If we’d done this 20 years ago, we wouldn’t be having this conversation, but people were afraid to give incentives. People were afraid to bring companies. In my opinion, they felt that they couldn’t get re-elected again.”  He adds, “We were never on anyone’s radar,” although El Paso is one of the safest cities, with some of the best weather and amazing culture.  So, he worked to invite business leaders to visit our city and “meet our citizens, see our climate…” and helped build valuable partnerships.

While Mayor Leeser knew he wouldn’t run for office again, his reason was simple:  He accomplished exactly what he set out to do. “I wanted to do the right thing. I wanted to create a future … I wanted to say I did the things that were best for the community,” irrespective of an implied or future vote.

His advice for his successor is also simple, and reflects the importance of someone who is sincere and genuine in their approach to their duties. He says, “One of the things that I think made me successful in who I am today—I was Oscar when I entered the office and I’m Oscar today. You can’t say, ‘I’m the Mayor of El Paso’ and now, you’re going to change.” He adds, “[We need to] learn to listen, and listen to people, and a lot of times what we think is best is not always what needs to happen … what’s best is what’s best for the majority. Always represent the people that casted the vote and trust in you.” He says of the new mayor’s decision-making responsibilities, “I learned a long time ago that you don’t make a decision until you hear all the facts, hear all the people … because your decision is permanent.”

As for our mayor’s legacy, he says, “That I represented 100 percent of the people.” He points out that it was not the majority or special interest groups he had in mind. “I took public office to make a difference … I will continue to live that life.” His biggest hope for the new mayor is clear: “Continue to build value in our community and bring ambassadors to our city…continue to help our small business,” all for the future growth of our city. Tellingly, when asked for a favorite quote, Mayor Leeser cites Henry Ford, “Whether you think you can or think you can’t, you’re right.”

There are many today who would love nothing more than to see Mayor Leeser run for another term. A loveable persona, genuinely adored and with the approachability of no other, it’s easy to see why. In eloquently describing our mayor, our own Editor-in-Chief, Shelley Mozelle, says it best: “He’s a people’s mayor. We were lucky to have the four years of his life to do great things for this city,” adding, “He defines the word public servant for me. You can’t buy him. Bar none, he’s the most honorable man. He’ll always have my vote.”

For a man with only the most noble of interests at heart, we may never get to cast another vote for Oscar Leeser anytime soon, but we can certainly pay him homage for his selfless and wholehearted service to our great Sun City and its residents. The Leesers thoughtfully embarked on a journey that they decidedly accomplished together. And like Henry Ford, Mayor Leeser ultimately proved that by thinking he could, he was right.