Reaching High For The American Dream

According to a Congressional address delivered by Congressman Beto O’Rourke:

This act is applied to people brought here at an early age, by their parents, from other countries.They go to school, live by our laws, are productive, make contributions to their communities, and sometimes strive to serve in the military or perform other community or civic services.

It ensured they are able to reside in America after volunteering their personal information, fingerprints, contact information, names, addresses, telephone numbers and registered identity with the government to satisfy legitimate security concerns about undocumented immigration.

DREAMERS satisfied those concerns.
This temporary reprieve from deportation allowed DREAMERS to continue to live in and contribute to the safe and wonderful communities they occupy.

It is no accident that El Paso has more than its fair share of DREAMERS nor that it is also the safest city (not just along the U.S./Mexico border or State of Texas), but in the United States. 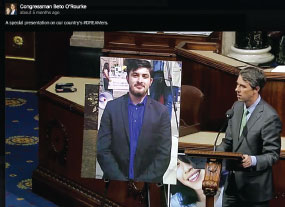 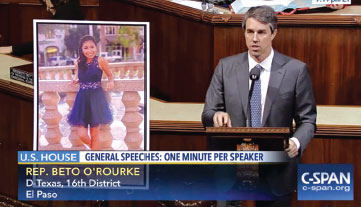 A commitment by President Trump to terminate DACA could reduce the security of communities where young people no longer feel comfortable approaching or working with law enforcement for fear of deportation. This could produce extreme anxiety and fear in those who’ve lived here for the majority of their lives. Consider someone who arrived at age three and only knows life in the United States; only speaks English; has lost family connections and has no home in their country of origin.  The Department of Commerce estimates that these 750,000 DREAMERS will earn up to $4 trillion of taxable income over their lifetimes if they remain here. 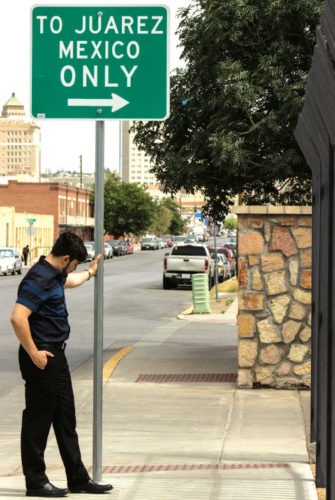 The issue of El Paso’s DREAMERS is one that tears at the very fabric of our city. Although it is based on a political premise, for many, it’s really just about people like David Gamez who was brought to this country as a young boy by a mother who was left homeless in the wake of a hurricane.
But the plight of Gamez is impacted by legal dynamics.

Cynthia explains, “There are no defined avenues by which a DREAMER can attain citizenship. Some work visas convert into legal permanent resident status but those are limited and there’s a big difference between LPR status and U.S. citizenship. For a DREAMER to become a LPR or citizen, a legalized family member must generally petition for them (spouse, parent, child over 21, or sibling). After three to five years as an LPR, the DREAMER can then apply for citizenship.

“After DREAMERS graduate and get a job, an employer can sometimes petition on their behalf, but usually only for temporary visas. This process is lengthy and complicated and must go through the Department of State,so employers must willingly open their books and prove where their
income originates and generally show they have unsuccessfully sought candidates with legal status for employment here.”

“Because most DREAMERS don’t have family members or employers to petition for them and they were brought into the U.S. illegally, DACA is probably their only option to avoid deportation.” 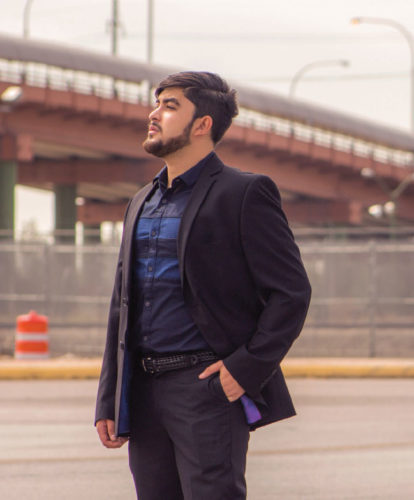 As a DACA participant, David Gamez lives in El Paso, Texas. His story represents most DREAMERS so I asked David how current administration
policies make him feel. Here is his story in his own words.  Before and after becoming president, Donald Trump promised to make the DACA Agreement stronger (in our favor) but he hasn’t really come through on a lot of his promises.  It’s very, very difficult—feeling like you’re living on a tightrope all the time, waking up every single morning with fear. At times I’ve questioned the legitimacy of the DACA program—especially after witnessing a hardworking hardworking student get deported a day after being found in public without his papers.  But I also find myself being better organized and more prepared.  This situation makes you realize how important it is to stay on the right side of the law, to save diligently, have money in the bank for unexpected problems and have a lawyer standing by, as should ALL DACA participants, in case of a deportation notice.  It has taught me to make the most of my time here; that DREAMERS must excel in English, develop personal skill sets and acquire a degree or certification so we can succeed wherever we are, but especially if we’re deported.

DREAMERS must overcome the opinion of others who believe Mexicans are here “to live off the government” so I’m always reading, always improving myself. I research business opportunities so when I finish school in three to four years, I can pursue my career dreams. I’d like to work with a company that’s developing better energy sources. I’m very passionate about working in the Energy Sector and inspired by Tesla and Elon Musk.

Eventually, I’d like to create a company that promotes the arts AND technology—because as well as being an electronic engineering student, I enjoy being a graphic designer and painter.  In the meantime, I’m part of a group working with congressmen, the Border Network and El Paso City officials to develop a process that DREAMERS can implement to become American citizens.  So, how do I summarize my feelings? I guess the bell of fear is
always ringing at the back of my head.
Always.

But I’m not afraid to speak out or to try and inspire a different perspective—to change the way things are.  Your strongest weapon is your mind and growing your skill set is the ammunition in your arsenal. DREAMERS are not here to tear the country or this city apart—we’re here to grow, to set an example and be the pillars of this American society.