The Shamans of Music 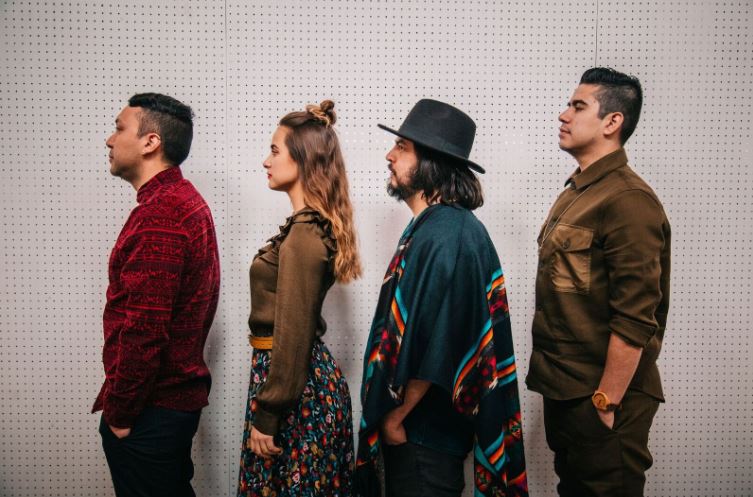 Music is medicine for the soul. The elements of each song create special vibes that can change your mood like a flip of a switch. El Paso-Juarez band, The Chamanas, mix their own medicine using the pieces of the culture from El Paso and Juárez.

Using their wordplay of “shaman” turned them into The Chamanas. The medicine men and woman behind this band are: drummer Alejandro Bustillos, bassist Manuel Calderon, guitarist Hector Carreon and newly appointed lead singer of the band Paulina Reza.

With a blend of Mexican folklore, Pop, Brazilian, Bossa Nova, Indie and “other obscure sounds,” the music of The Chamanas is certainly unique. Half of the members are from our neighboring city, Juárez, and the other half are from El Paso. Their sound is shaped by the culture of the two cities to allow a special harmony in their lyrics and their sound.

Their debut album, “Once, Once,” explains the fusion of two cultures on the border city that coexist as one. This won them the Best Pop Album in Mexico’s Independent Music Awards (IMAS) in 2016. They were also nominated for Best New Artist at the Latin Grammys later that year. “We were up against some really good bands. We don’t write and play music for recognition, but its awesome to gain it,” Bustillos says.

After some changes, the band decided to introduce a different sound along with a new singer. Reza, who is their current lead singer, was just a fan before her audition for The Chamanas. While she already knew the members of the band through other collaborations, she was excited to add her touch into the band.

“I love this genre and now it is in this new album that I can really put my own voice, my own essence,” Reza says

In August, Reza completes her full year with The Chamanas. Growing more with an international level, they have played music festivals in the US such as: South by South West (SXSW), Latin American Music Conference in New York, Beach House Texas Tour and in Columbia, and Mexico.

“We’ve grown to a good rhythm, and we’ve been told that,” Bustillos says. While they have collaborated with Beach House, Portugal, the Man, TV on the Radio and many others, the band rides on good vibes to bring into their music. Each member of the band teams up with each other to write music. Allowing the meaning of the lyrics and the mood to take over them, they transmit the emotion into the song.

In their continuous growth, locally and internationally, it has helped them through the production of a new album called “Nea.” Altering their image to their newer alignment, this album is about love, loss and the many occurrences of life. “This new disc is more happy. It has more hype, more punch,” says Bustillos

Reza adds that there is more experimentation on the new alum, she says that there’s a new, fresh vibe to their sound. While keeping that nostalgic element from their last album, they’re excited to bring more positive feeling generated throughout their album. Behind the name, “Nea,” stands a person who was very special to the band. Brother of the guitarist, Hector Carreon, Nea passed last year. To honor him, the band collectively decided to name the album after him.

As for the future of The Chamanas, they plan to continue to work on their sound, they will embark on a month long, twelve-city tour after the album release. The Chamanas plan on staying busy.

Catch The Chamanas as they drop their album, “Nea” on the 12 of August at The Lowbrow Palace. 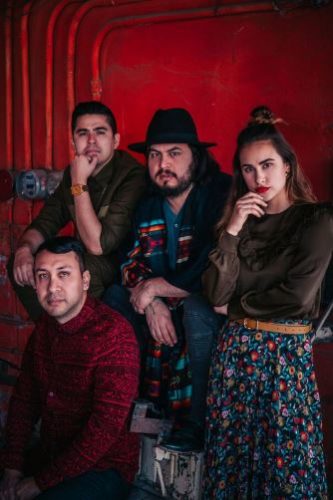