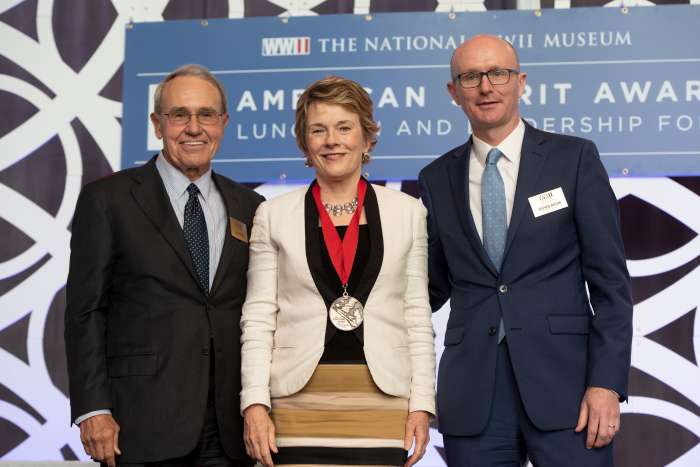 If you are like many El Pasoans, including myself, it is often overwhelming and seemingly impossible to keep up with and remember the incredibly rich and diverse cultural heritage of our community. El Paso is, without question, one of the most culturally diverse and unique communities in Texas, if not the entire United States. However, one of our most treasured cultural icons is undoubtedly the artist, writer and correspondent Tom Lea. Owing much to her almost unceasing work in helping to preserve Mr. Lea’s artistic legacy, especially his works as a war correspondent and painter during WWII while working for Life Magazine, Adair Margo was recently awarded the American Spirit Medallion by the WWII Museum in New Orleans, LA. Adair was recognized for her almost tireless work in promoting and preserving Mr. Lea’s legacy, especially the works that conveyed his memories and visions of the battles and campaigns of WWII. In particular, Lea’s works about the Battle of Peleliu and the Pacific Campaign conveyed what Adair described as “the only wartime artist who conveyed the truth of war. He was the only one that depicted rounds being fired or soldiers being wounded.” 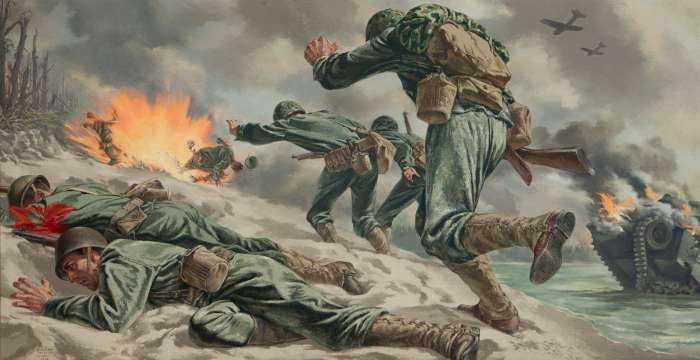 Tom Lea was born in El Paso in 1907, and volumes of works are not sufficient to extol the many virtues and accolades his virtually lifelong career produced. After graduating from El Paso High in 1924, and subsequently beginning his artistic career as a student at the Art Institute of Chicago, Lea produced some of the most highly regarded novels, paintings, murals and other works that would influence some of the most highly regarded works to ever originate in the southwestern United States. His work has proven incredibly enduring and impactful. One of his most graphic and powerful pieces, depicting a Marine in The Price, once hung outside General Dwight D. Eisenhower’s office at the Pentagon in the years after WWII as a reminder of the true price of war. 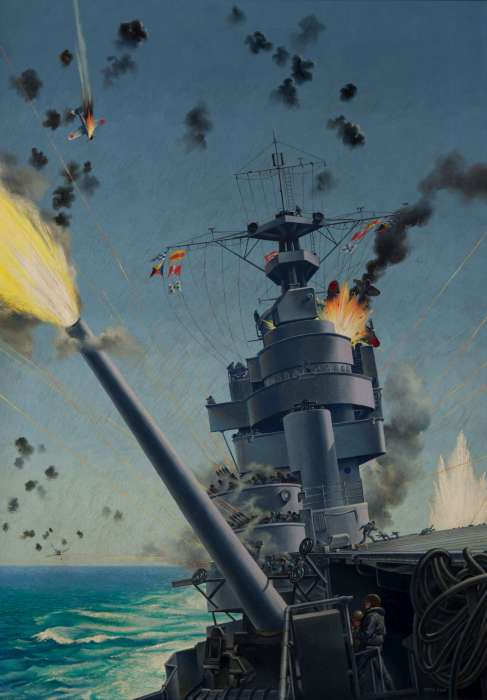 The WWII Museum describes the criteria for being recognized with the American Sprit Medallion as “individuals who demonstrate extraordinary dedication to the principles that strengthen America’s freedom and democracy.” Adair shared that receiving the award was a “total surprise.” As a brief indicator of the significance of the award, some of the recent past recipients have included Secretary of State Henry Kissinger, Gary Sinise, Tom Brokaw, Tom Hanks and astronaut Captain Jim Lovell, whom Mr. Hanks portrayed in the movie Apollo 13. One of her co-honorees this year was Archie Manning. In other words, it is an award of tremendous emotional and historical significance, a sentiment that Adair clearly felt as well. When I asked Adair why she thought the museum chose to recognize her, the answer was simple: “The significance of Tom’s work in capturing the war.”

For those readers unfamiliar with WWII history, it is essential to understand the sheer scale of Peleliu and the particularly emotional toll it enacted upon the 1st Marine Division. The National Museum of the Marine Corps puts it very bluntly, calling it the “bitterest battle of the war for the Marines.” Lieutenant General Lewis “Chesty” Puller, the most decorated Marine in U.S. history, received his first of two Legions of Merit for his actions on Peleliu. The 1st Marine Division lost roughly 1/3 of its men, or approximately 6500 Marines. The combined Army and Marine forces expended almost 16 million rounds of total ordnance. In short, it was a bloody and chaotic—and in many ways a catastrophic—2 1/2 months.

For Tom Lea, he had begun working for “Life” in 1941 and spent time with all of the branches of the military, all across the globe. According to Adair, some estimates have him covering over 100,000 miles during WWII to chronicle the war. In the fall of 1942 he was aboard the USS Hornet, and then after some time documenting and painting images that represented other campaigns, he found himself in the Pacific in 1944 as a correspondent embedded with the 1st Marine Division. As he accompanied the Marines during the Battle of Peleliu, he created perhaps his most famous piece from the war, “That Two Thousand Yard Stare,” which depicted a Marine wounded by a mortar round near Tom, and whose death Tom witnessed. As Tom would describe it, “He left the States 31 months ago. He was wounded in his first campaign. He has had tropical diseases. He half-sleeps at night and gouges Japs out of holes all day. Two-thirds of his company has been killed or wounded. He will return to attack this morning. How much can a human being endure?” 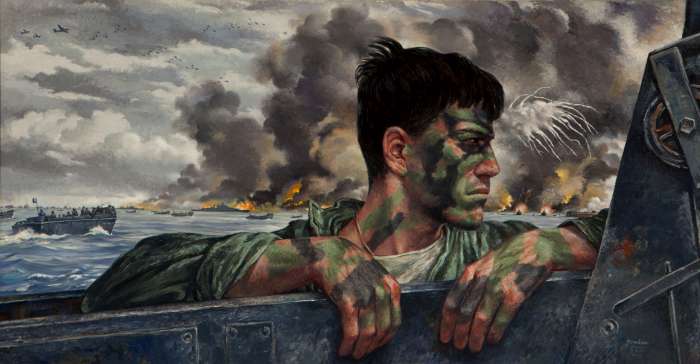 In Adair’s words, Tom’s art was the convergence of the culture of her hometown (she is a 3rd generation El Pasoan) and the significance of the art, of virtually all mediums, that one of its most famous sons produced. Having earned a Bachelor’s degree in Art History from Vanderbilt, and later a Master’s in Art History form New Mexico State, art is clearly her driving passion. But as she told the museum, it is not the only thing. “I live in an immigrant community, where we see so many people who feel so proud to be a new American. I hope it’s something I never lose, the wonder of living in a country where we encourage people to become all they want to be.” 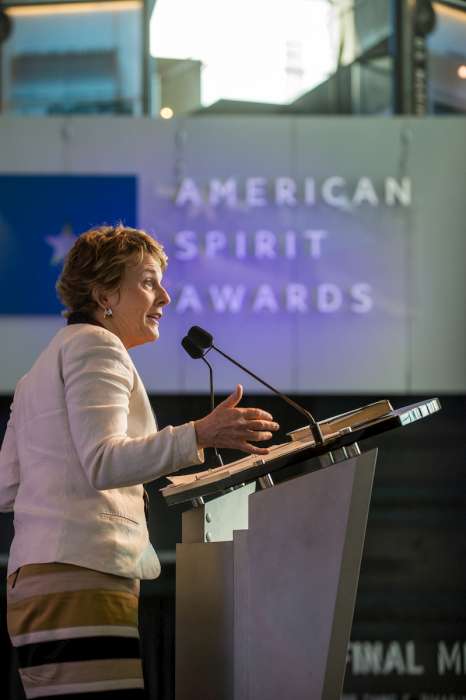 Adair has made art her lifelong passion and has spent her career advocating for the arts and championing their significance in helping to build relationships within and across cultures. She received the Presidential Citizens Medal in 2008 from President George W. Bush, for her “strengthening of international relationships from Mexico to China” and established the Tom Lea Institute in El Paso in 2009. By any measure, she has devoted her career to the arts in general, but in particular to preserving Tom Lea’s legacy, and ensuring that the harrowing images of his work depicting WWII are preserved and understood for generations to come. It is a testament to her passion and dedication that she was bestowed with this award, and it is much deserved.