A Walk Through Amsterdam 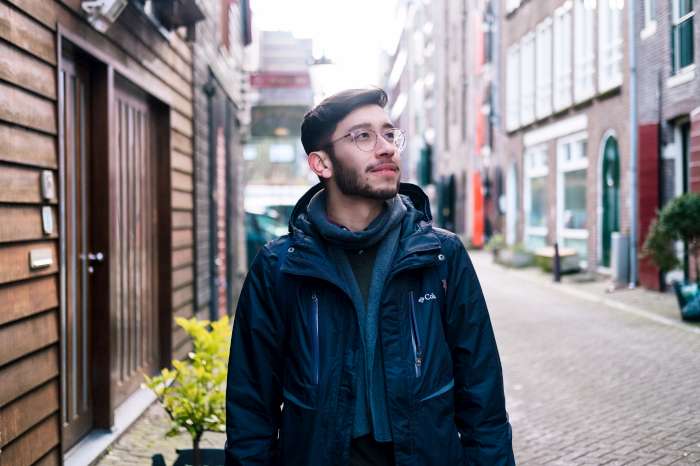 There was a hint of doubt within me, as I had just reserved a bicycle for pickup at a shop near my hostel, that I might encounter some issues while attempting to traverse through the city from the bike-dominated roads. On the winding road from Schipol to Oosterpark, I saw hundreds of people completely unbothered that the sky seemed to want to fall at a moment’s whim. As I sat there, still wrapped up in a heavy coat, scarf and comically cumbersome gloves, my confidence in my ability to bike through rain, sleet, hail and the winds normally associated with the time of year I was visiting (January) completely plummeted. I had made that decision to take the city on foot. I decided to tour the Dutch capital through what the taxi driver said was the “worst time to visit Amsterdam.” 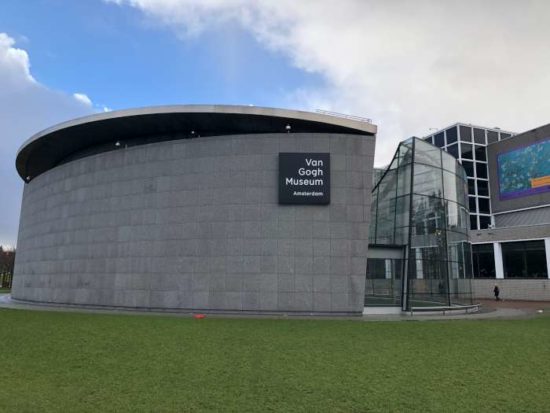 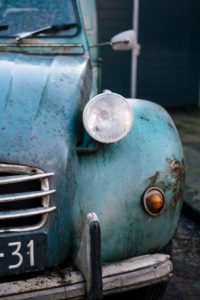 During my stay, the Amsterdam Light Festival was on its last week on display. The winter festival illuminates the city center from sunset throughout the night and includes concepts from original light art to projection mapping on the city’s most iconic buildings. I walked the edge of the canals and watched as couples boarded their guided tours that tunneled under the canal bridges which, normally dark, became illuminated through the city’s dedication to showcasing and amplifying the talent of the world’s artists. I sat on a cold bench which was nearly completely inaccessible from the number of bicycles surrounding it and simply watched.

I dedicated a day to visiting Amsterdam’s multitude of museums. Beginning in Museumplein, I made my way through to The Van Gogh Museum to learn about the artist’s life and work in the area that the post-impressionist called home. A symbol of pride and worldwide recognition for the Dutch, The Van Gogh museum not only highlights the trajectory of one man, but how his art was affected by his surroundings and the development of the Netherlands from the time of his birth to his passing. The Rijksmuseum, only a skating rink and a must-have IAMSTERDAM photo capture away from The Van Gogh Museum, is the oldest in the Netherlands and includes the largest art collection in the country. After attempting to absorb the 8,000 on-display objects, I dined at the Rijks, the museum’s own Michelin-starred restaurant. What was objectively the best dish I had during my stay, the Langoustine met oestercrème, heightened all expectations for the rest of my days in Amsterdam.

Immediately outside the Rijksmuseum was its garden. The majority of people clung to the road and the tourist photo traps and it was to my advantage that I was able to find the discreet entrance to the garden. Even now, I remain unsure that I was allowed to be in there and it simply didn’t make sense to me how such a beautiful garden could be so vacant in the middle of the day. Nevertheless, it allowed for a moment of relaxation inside one of the city’s most foot-traffic heavy areas. 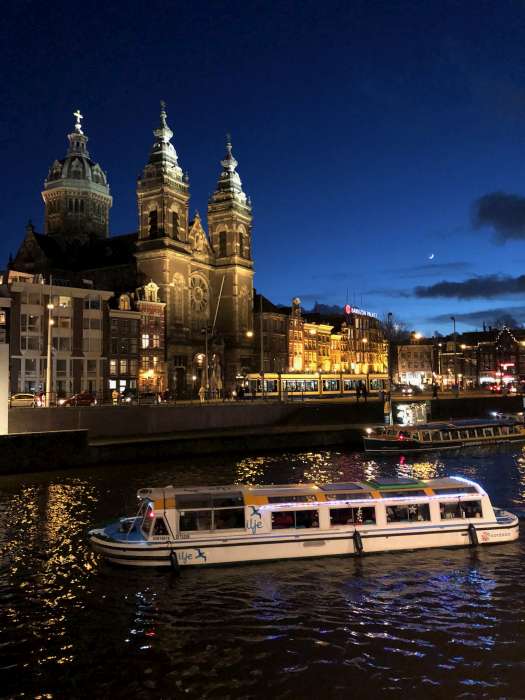 I spent a morning in Harlemmerbuurt, a quiet area of town that normally doesn’t attract tourists. My guide, photography teacher Jan Arsenovic, provided a history of the old production and storage part of the city. Beginning in Haarlemmerplein Square, we made our way to one of the islands in the city with community gardens and backgrounds perfectly representative of the city without the crowds.

With a recommendation from Jan in hand, I walked one canal bridge over to Winkel 43, a narrow and unassuming café famous for its apple pie. I ordered a hearty slice and paired it with a glass of Chardonnay while I rested my feet and watched the goings on of the city through the windows—hoping that the hail would pick up again to learn how to appropriately behave like a true mokummer during such a situation. 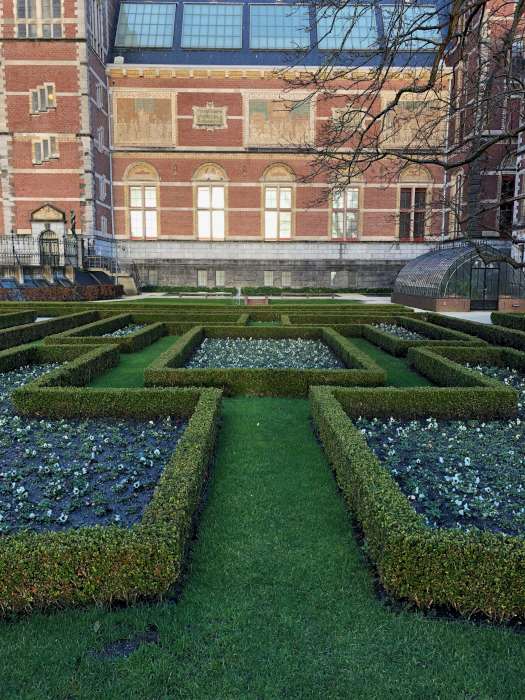 On my way back to Oost, the neighborhood where my hostel was located, I coordinated with a few hostel mates and stopped by one of Amsterdam’s local breweries, Brouwerij ‘t IJ, where I was able to sample many of the beers. The brewery’s pub, which is located in the same repurposed bathhouse under Amsterdam’s largest wooden windmill (Degooyer), offered perfect pairings for each beer. I chose to go with the IPA; the fruity and bitter taste will definitely be one worth the revisit.

As I packed my suitcase I realized that convenience is far beyond second to experience, and that even though I could have visited during the warmer months, nothing would have guaranteed a more enjoyable time. I turned in my key and vowed that when I return, it would be with bicycle wheels to the ground.