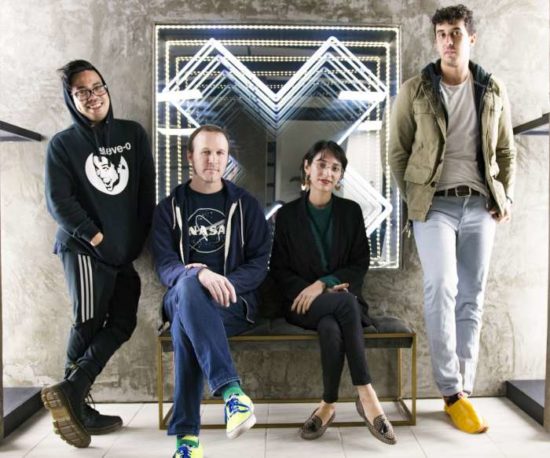 Gearing up for their debut release, Pet People sits down to talk about the process, band dynamics and their deliberate critique of the world around them through art.

Pet People, a band formed in early 2017, is a project initially started by Nicole Velarde (vocals, guitar) and Tomas Tinajero (drums). Through their search for bandmates, Ross Ingram (keyboard) joined and Robie Simsuangco (bass) “appeared out of nowhere from California”

Songwriting and arrangement, to the band, is seen through a perspective where relatively specific things can be addressed without appearing too obvious, “sometimes your communication and your meaning don’t have to be quite so defined and clear,” says Ingram. Not choosing to define their genre, for the time being, the band decided to adopt “art pop,” a decision that, for them, often results in blank stares. Regardless of genre, the band has committed to being honest through performance, “I like performing and playing music because it’s more of a cathartic thing and everything comes out all at once … every single emotion all at one time,” says Simsuangco.

Their debut release, a double A-side single “Being a Man/A Breeze to Guide You Forward,” is out on May 11. The sister songs, a result from experiences faced by Velarde and further refined by the band, contain an overarching theme of criticism “’Being a Man’ is being frustrated with the rest of the world and its limitations and ‘A Breeze to Guide You Forward’ is being frustrated with yourself and your own limitations,” says Ingram. “Breeze,” which contains the lyrics “fleeting moments carry lifetimes of grace,” softly and forlornly sung by Velarde, recounts of a moment when “the idea that in an instant, you can be so happy, that’s all you need. It’s a precious moment that you feel like you can live in forever.” 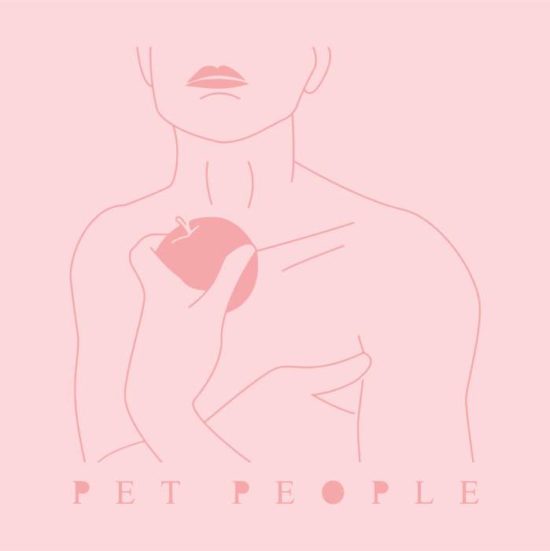 “Being a Man” was initially presented a sort of ice-breaker to figure out the dynamics of the group. The song, which was partly written by Velarde for her solo work was the group’s first collaborative effort. “We helped round out the arrangement and come up with some new parts and basically finish the song ask kind of a nice, gentle introduction to working together and seeing how the chemistry was as a band before we got too crazy,” says Ingram. The two sonically contrasting tracks are saturated with otherwise inexpressible feelings, a “requirement” as Velarde says, in order to maintain a level of sanity. The songs contain feelings that can be interpreted by the listener in whatever way it applies to them and it is not in the interest of Pet People to define what emotions either one their songs should bring to the surface, “You don’t necessarily want to go out and tell people ‘this is exactly what this song is about’ because if they listen to it and they interpret it in a way that it means something to them, you don’t want to destroy that,” says Ingram.

Each band member pulls their musical inspiration from a unique place that is then brought into the band and implemented into the groups sound, therefore, they are able to channel different emotions relating to certain memories or feelings of inadequacy. “I found out that I was so bad at everything but then I joined orchestra in fourth grade and I was like ‘oh man, this is something I might get’ … I moved on to middle school where I joined choir and I was the one that was good at something,” says Velarde.

Pet People’s more prevailing goals are fully dependent on their priorities as a group more inclined to creating art that can produce togetherness and a visceral reaction among people,

“After we play and everyone wants to have more fun, it builds a community of friendship where people are more intimate with others. That’s a good feeling. We just want to make people dance,” says Tinajero. 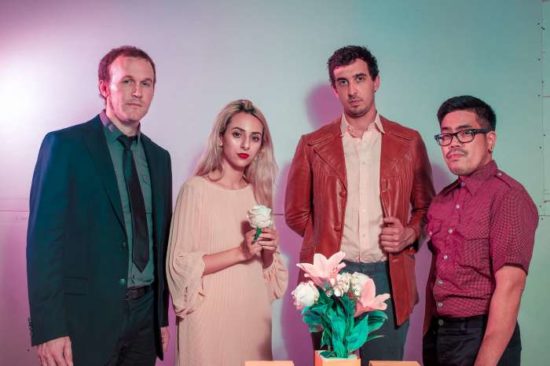 Being from El Paso, Pet People are aware and grateful for the growing interest in local talent by local people. No longer are El Pasoans looking for the next big band that decides to stop by. No longer are artists dismissing the possibility of being successful in El Paso. Rather, locals are looking to cultivate and support the talent that already exists in the city. “People in El Paso who aren’t directly involved in music are much more interested in seeing local artists,” says Ingram. Velardez adds, “art is invaluable and I’m glad that people are appreciative of that.”