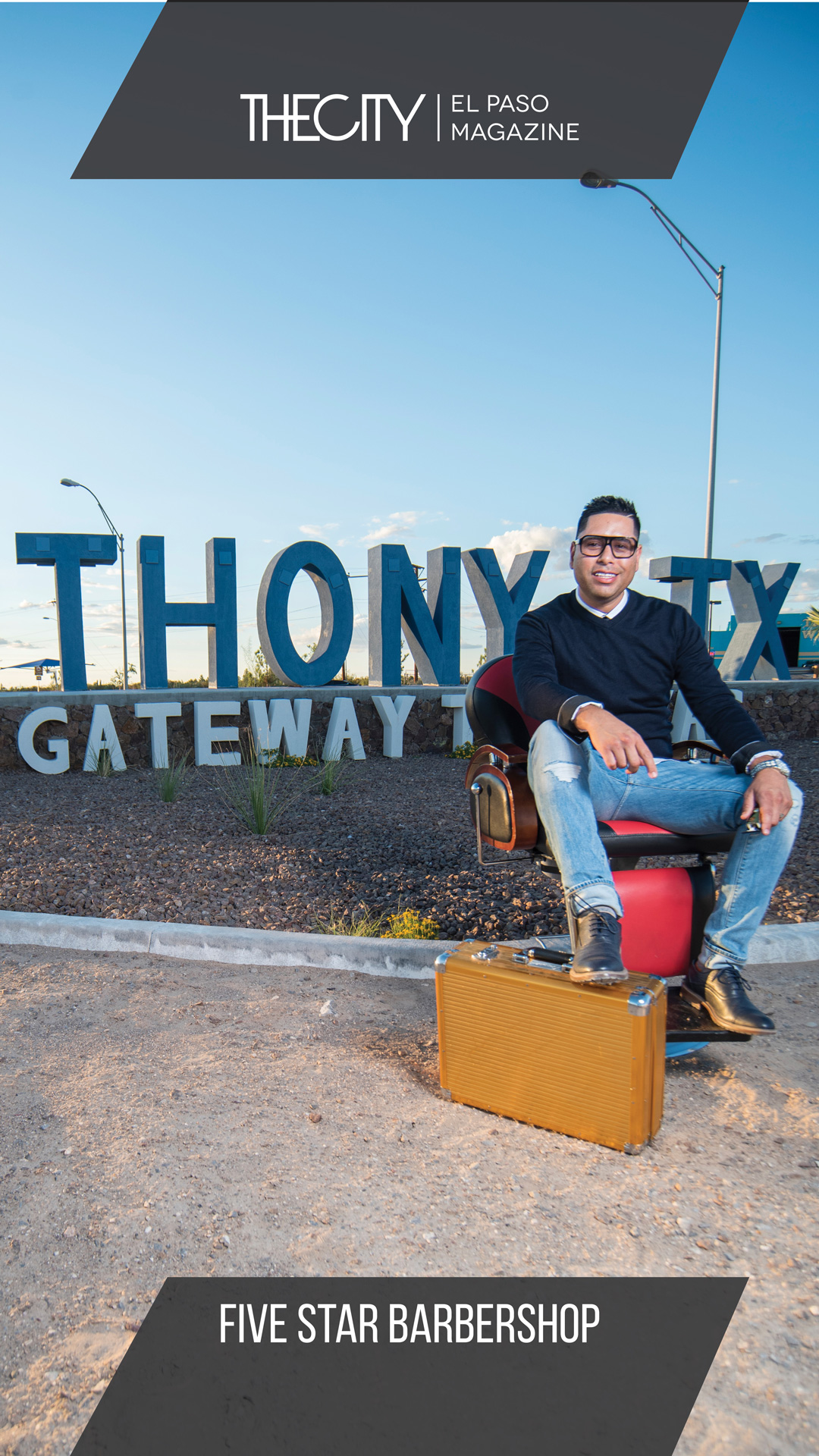 Master barber and educational representative for the Johnny B. haircare line, Ernesto “Chato” Salazar is Five Star Barbershop’s owner. He began working in the industry alongside his mother, a stylist and owner of her own hair salon for over twenty years. At 26, Chato began working towards becoming a barber. Five Star Barbershop has been operating right next door to his mother’s salon three years now. Ernesto Salazar has found many ways to give back to his community through his business.

Aside from providing guidance to his employees working towards personal goals, for the past three years Chato’s been employed by the state of Texas to provide haircuts to patients at the El Paso Psychiatric Center once a week. Five Star has both participated in and helped host community events like Hay Niveles Truck Invasion 2019, where people came from as far as Odessa, Texas and Albuquerque, New Mexico to enjoy great food, entertainment, art and tons of decked out trucks. Money from the show was used to buy backpacks filled with supplies that were donated to a community back to school event. Channel 4 News even featured Salazar’s attempts to help an aspiring barber with a disability attend barber school. Chato’s skills have made him the preferred barber of local celebs like DJ Johnny Kage, DJ Nitro and the El Paso Locomotive.