The Plaza Classic Film Festival is an iconic El Paso tradition—one that probably doesn’t really need much explaining to anyone who has grown up here. There are countless things to say about the festival, from the films it features to the local artistic environment it helps foster. This was proven at this year’s opening ceremonies, with the festival’s 2nd annual collaborative art exhibition with artists and curators Gino Ybarra and Michelle Delgado (who have put on multiple art shows at the gallery found in the Roderick Artspace Lofts), the El Paso Community Foundation Plaza Classic Film Festival and their supporting organization Progress 321. 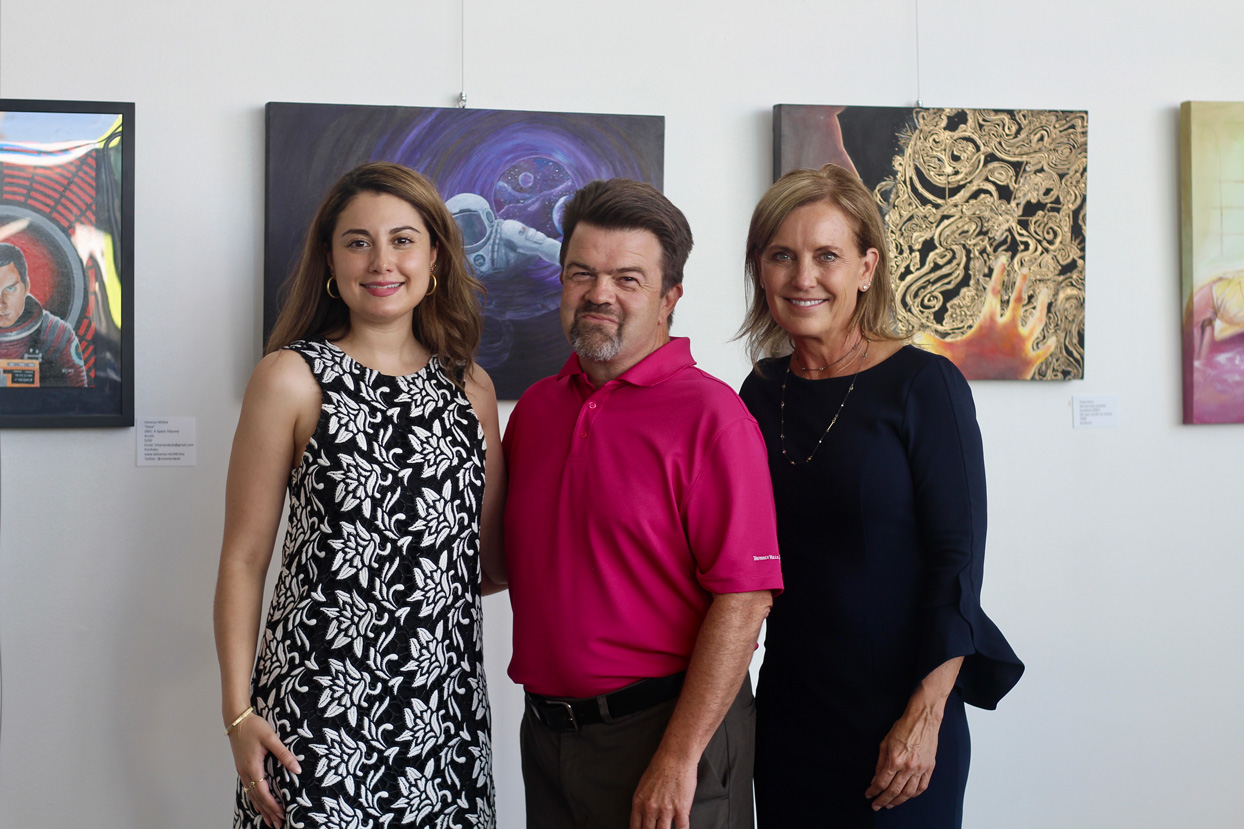 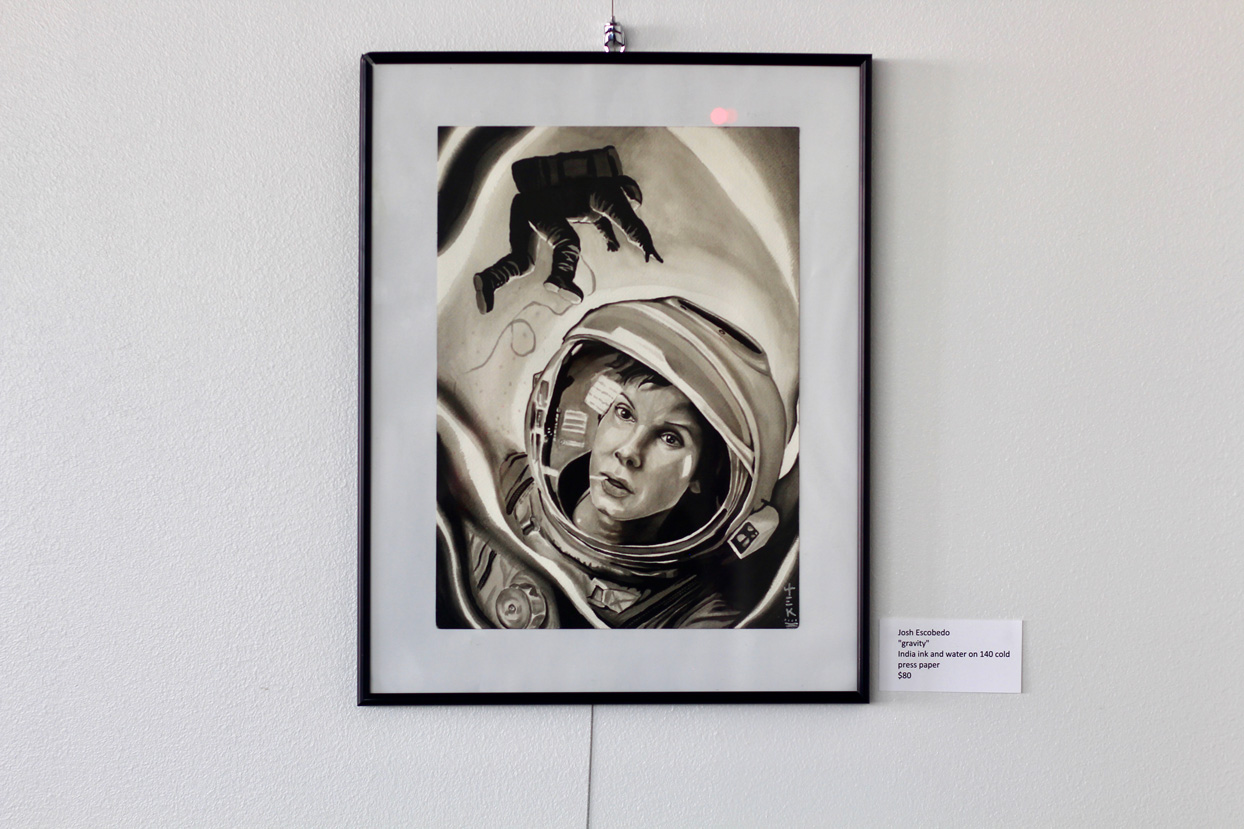 “Beyond Earth,” the title and theme of the show this year, focused on imagery of space exploration and sci-fi tropes within both classic and modern cinema. Michelle—one half of the art-toy (a newly globally expanding art-form) brand Ghost Fox Toys along with partner Gino, both of whom are responsible for presenting the show as Ghost Fox Toys—said of the inception of the concept, “…every year they have a common theme. Last year was the first year we put this on, and it was about women in film, so all the art was done looking at powerful women in film. This year, with the 50th anniversary of the moon landing, there was a space theme, so we followed and went with space exploration and sci-fi themes as well.” Director of the festival and program director of the El Paso Community Foundation, Doug Pullen, also said of the collaboration that, “Last year when we met, I told them about some of the program ideas I had, and they went with it.” With such an openness to making the collaboration happen theme-wise on the Ghost Fox Toys’ end of things, the project grew naturally as they curated the artists for this year’s show. Ultimately, Michelle said of the collaboration that “we had this idea to do a tie-in with the festival, but we weren’t sure they’d be into it. But they liked the idea, we met with them and talked about what we envisioned and what they’d like to see in the collaboration, and it came together really quickly.” 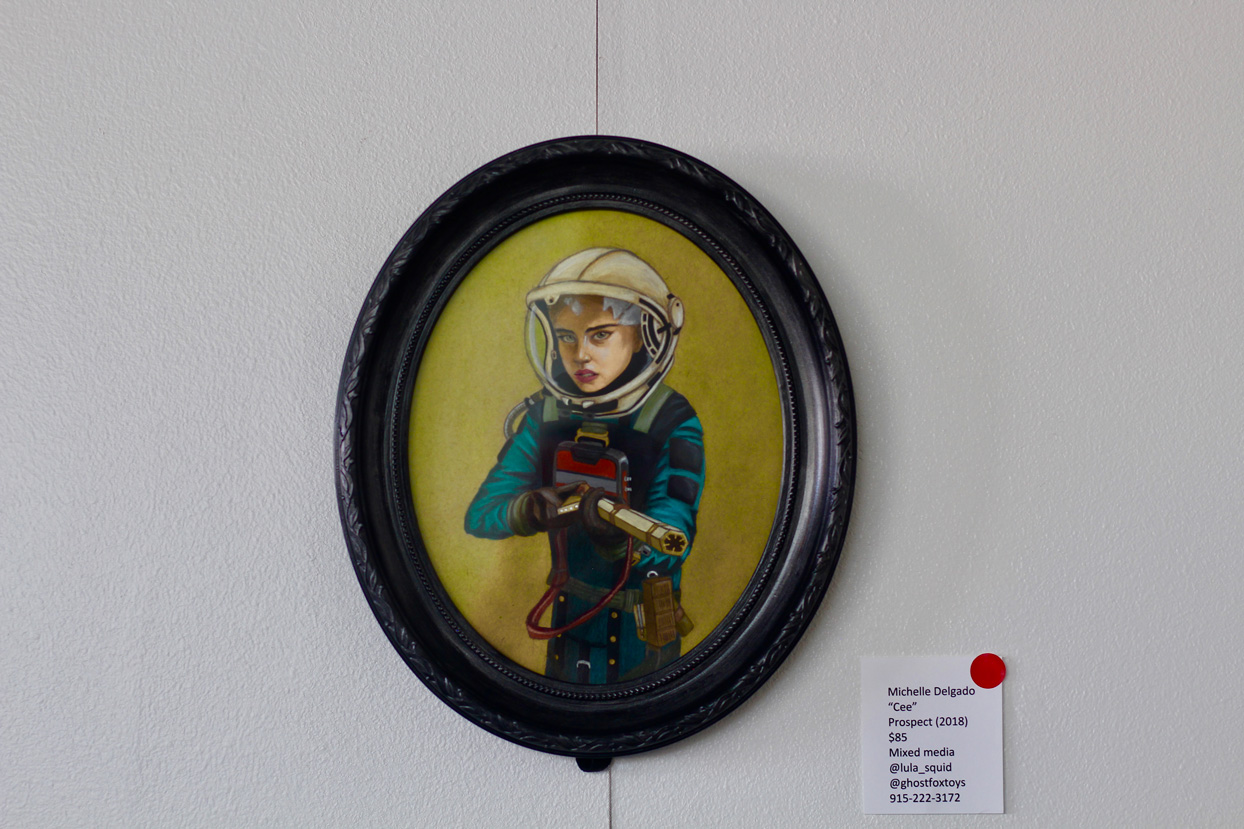 Michelle and Gino have curated the show carefully and generously. Michelle describes the artists who are featured here as “some people who live here [at the Art Lofts], some people we’ve known for years in the art community. Friends, boyfriends, girlfriends and relatives of artists we’ve worked with too.” The artists sell their pieces in the gallery, and Michelle says that “we curate but we don’t like to take a percentage from the artists. The artists we have are reliable and we work with them … we have full-time artists, part-time artists, hobbyists, tattoo artists, art teachers—it’s a variety. They make it easy on us and we put on the show for them.” 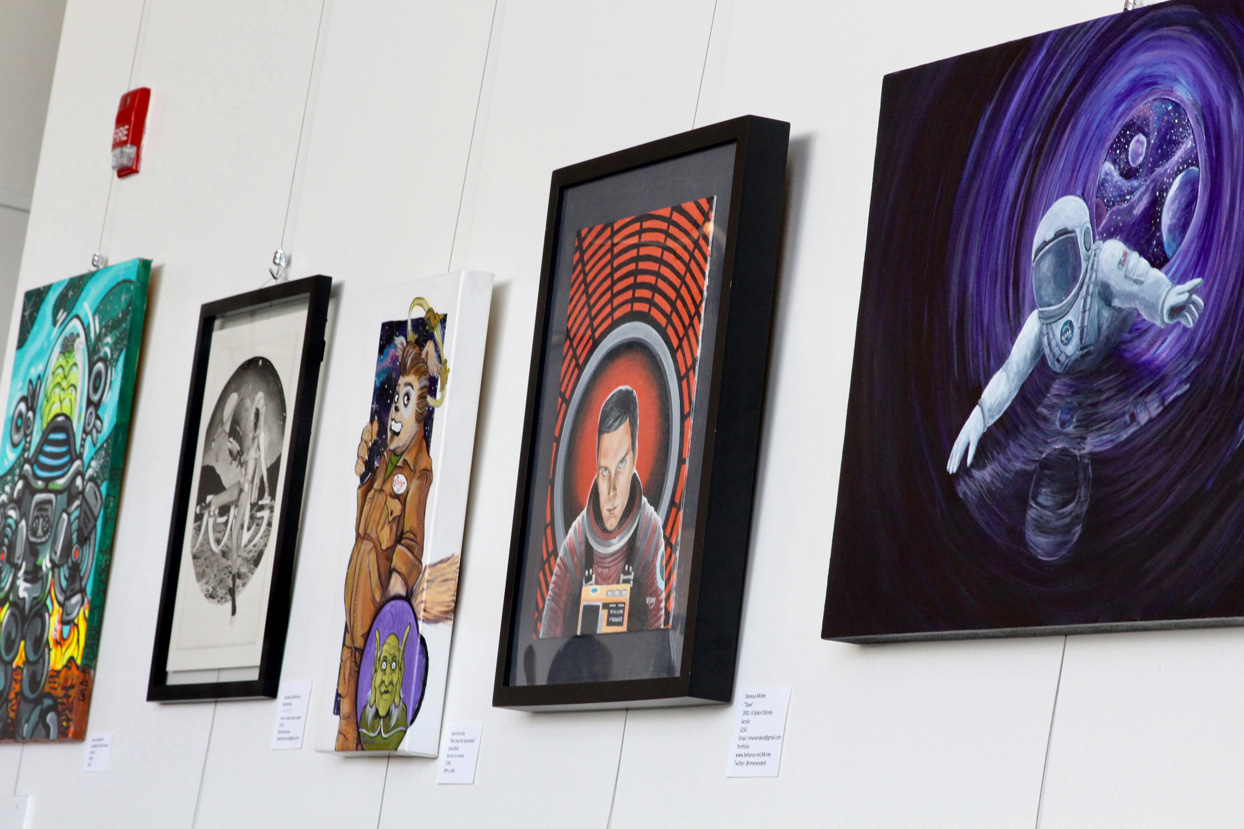 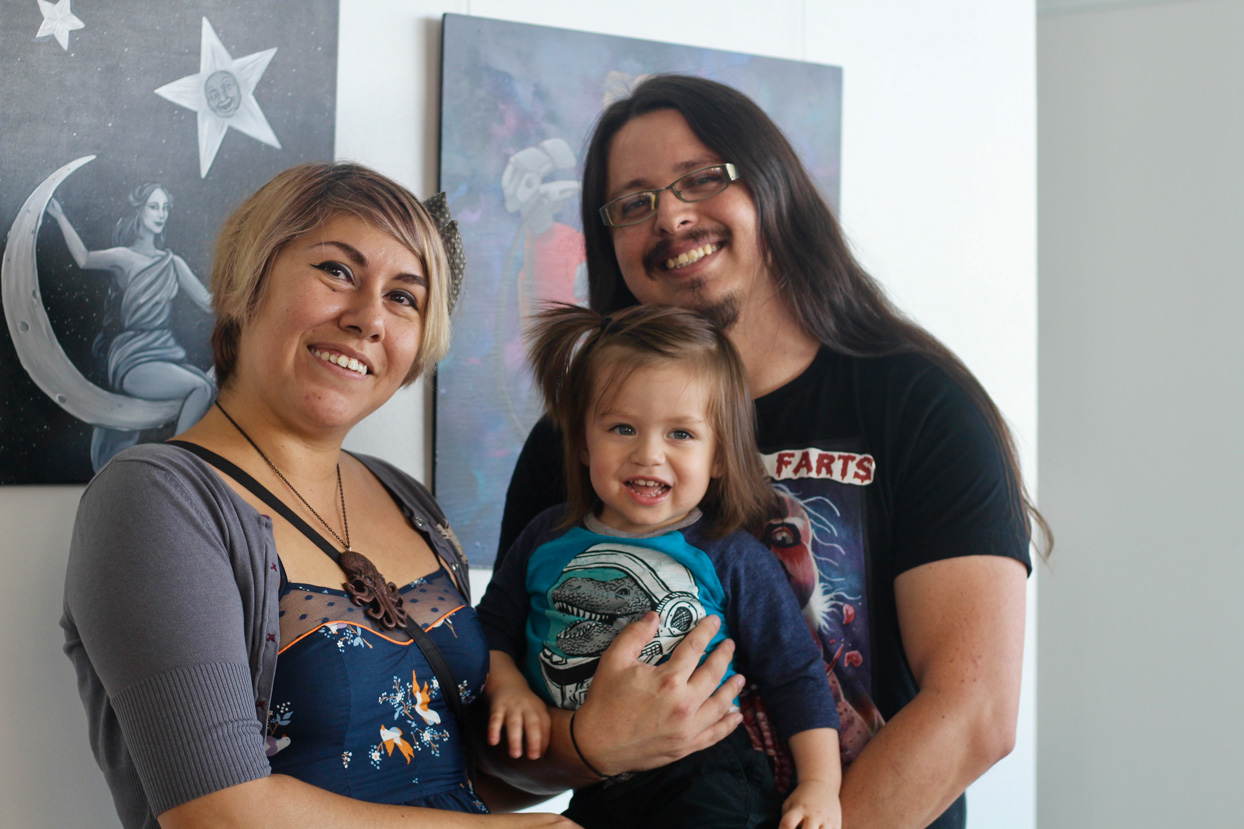 Tresa Rockwell, executive director of Progress 321, said of their part in the show, “one of the things we do like to do is find people to collaborate with, to help expand each of our missions.” They are responsible for the opening reception specifically, and with regards to the organization’s involvement in the festival and in the show, Tresa said “we thought that now would be a good time to be involved … I’m personally passionate about local art.” Progress 321 views this collaboration as an ongoing, annual project, and both the El Paso Community Foundation and Progress 321 emphasized expanding the festival to encompass more of downtown—subsequently including the Art Lofts in the festivities and events associated with the festival. 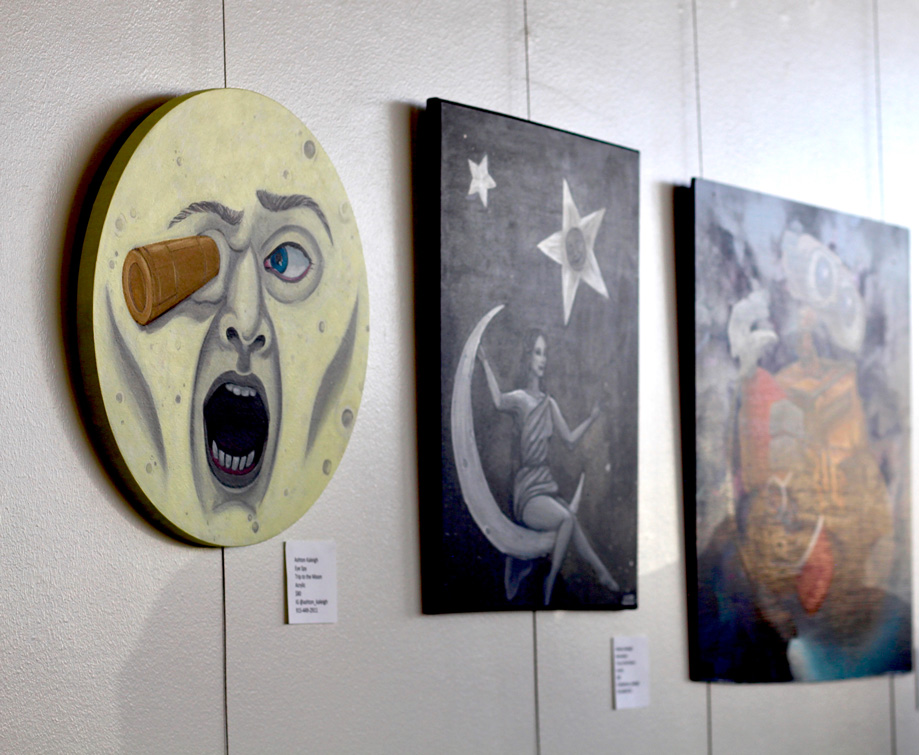 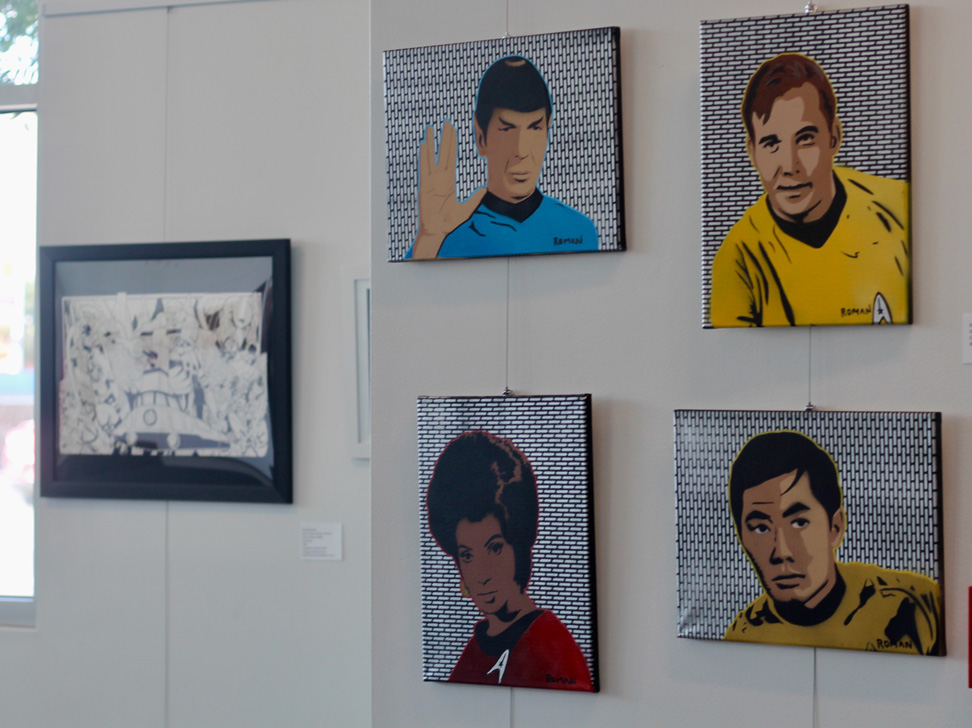 The film festival itself is already a key piece of El Paso’s art scene and culture, and it’s expansion, both location-wise and event-wise, is an example of the impact it has on the community. “Beyond Earth” has been a key piece of this year’s festival as the opening event, largely thanks to Ghost Fox Toys. Gino and Michelle are very talented artists themselves, and participate in the gallery but also enjoy taking a step back to curate the show as well. “It gives us an opportunity to step away from the toy thing and put on our fine art hats. As an artist you want to push yourself and do something different. But making the art is the easiest part of putting these shows together,” Michelle said. Luckily, they’re up for the challenge and have made their collaborative project a successful annual event where our community can come together, celebrate and appreciate art. 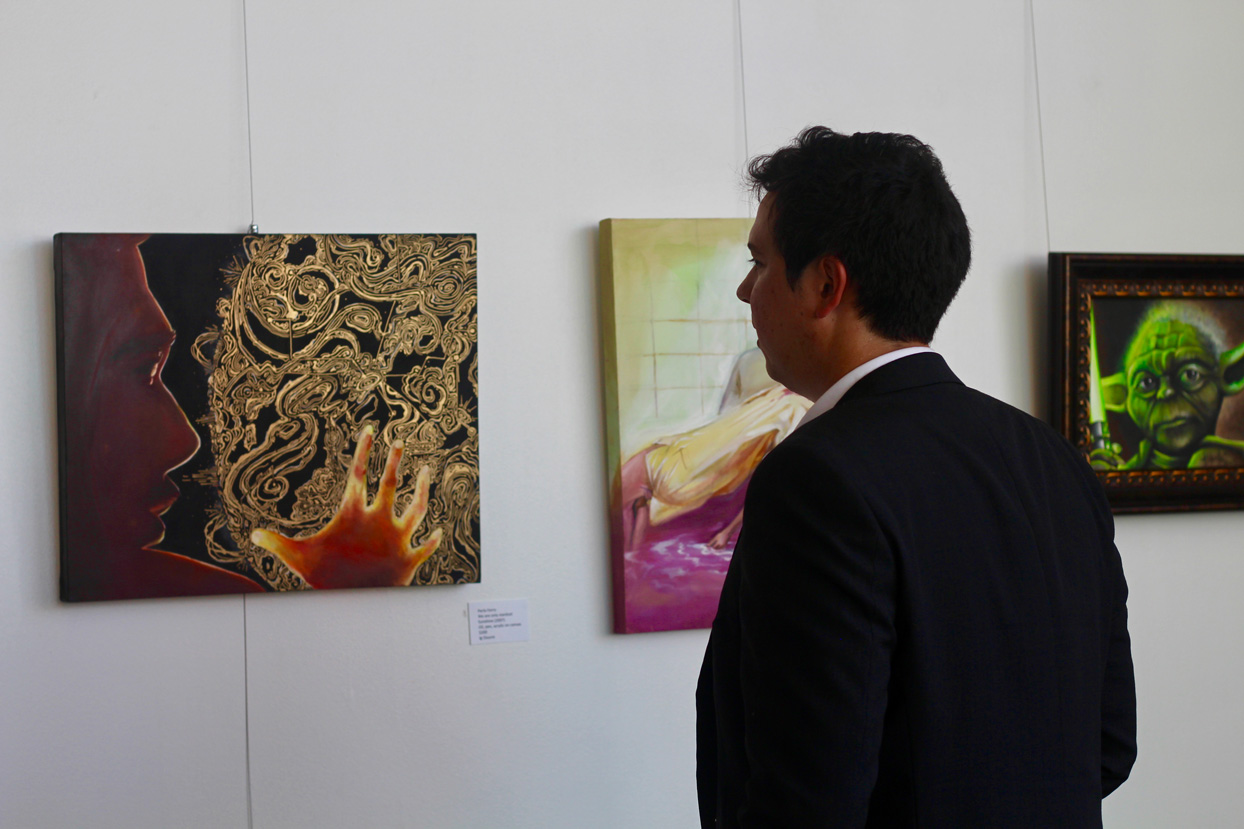