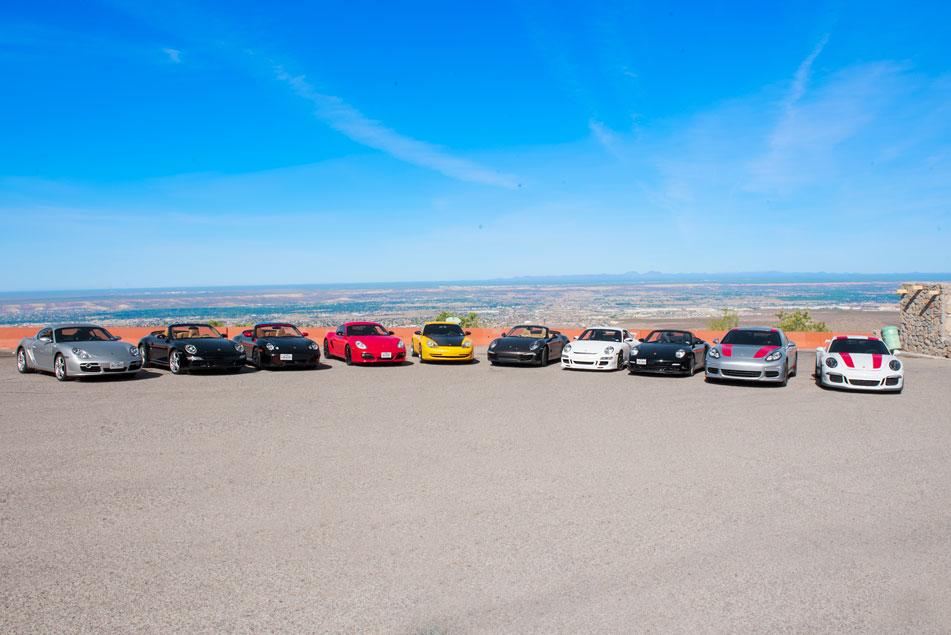 As the gas throttled to 90 mph, with 325 horsepower and 273 pounds per foot of torque, I was glued to the seat. I had the acute feeling my supposed masculinity might be challenged by turning into a puddle. Remember Wile E. Coyote? Fortunately, the driver capitulated to a minivan, symbol of domesticity and the day-to-day grind, and eased on the throttle of his 2006 Porsche Carrera. This may have been what saved me from what would have been a very unseemly display, just enough for me to consider how I ended up strapped to the equivalent, albeit much sleeker, ACME rocket.

I initially met Lenny, a man wise beyond his years in all things Porsche, at his Redline Racing garage situated in the heart of El Paso’s Five Points area. His place is a living tribute to German engineering prowess. For years, Lenny has tended to the underserved Porsche community, fixing and attending to classics like 1974’s 911 Porsche Targa and serving as one-time president to the Carrera Region – Porsche Club of America.

The Carrera Region – PCA has been around for over 50 years in El Paso. Founded in 1966, the PCA is eponymously named after 1954’s La Carrera Panamericana. This legendary race ranged border to border, from Cuauhtémoc, Chiapas in the south to our sister city Cd. Juárez in the north. With the length of 2,096 miles and lasting six days, the race is still considered incredibly challenging and at the time even deadly. More so, this race inexorably ties our area with Stuttgart’s burgeoning reputation for mechanical excellence, when two factory-stock Porsche 550 Spyders helped launch Porsche’s worldwide renown placing third and fourth. It is no easy feat to take on the treacherous Lacandon jungle roads, the central Mexican altiplano and finish through the grueling heat of the Chihuahuan Desert. 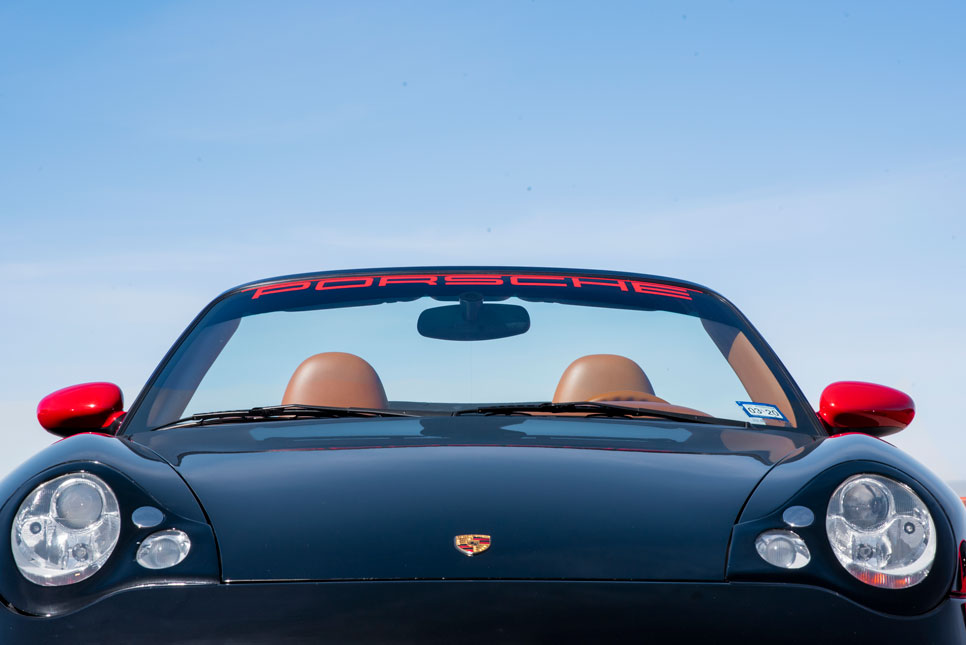 The current iteration of the Carrera Region-PCA is composed of a group of raconteurs led by Club President, Teri Talavera, Lenny Loftin and Bill and Fran Walker. Together, they lead the 95 members of the local PCA. According to Teri, the club’s shared love for Porsche’s may have brought them together but at its heart “It’s not just the cars, it’s the people.” 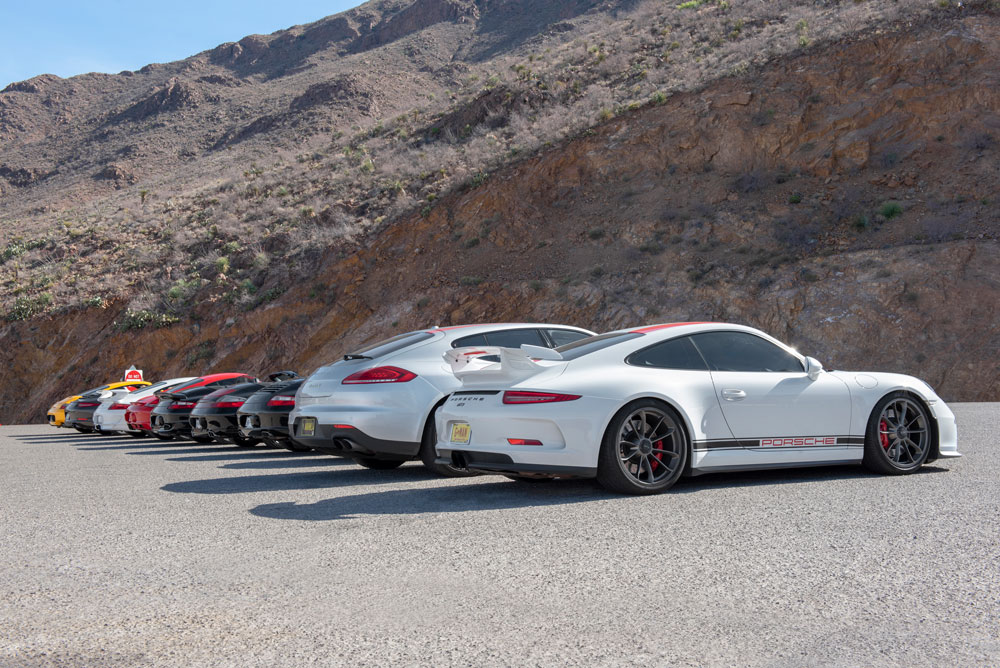 Consider a new 911 GT3 RS. It’s a beast, that goes from 0-60mph in three seconds flat.  At $187,000, it might be a puerile dream to some, for others, it’s a dream come true. Truth is, it’s probably a bit of both. However you think of it, the club offers a High-Performance Driving Education program during their Oktoberfiesta at Arroyo Seco Raceway in Deming, New Mexico.

We are not all born racecar drivers. The Oktoberfiesta gives members an opportunity to get on a track and have somebody with experience teach you about what it takes to drive a 4.0-liter, six-cylinder horizontally opposed engine that puts out 520 horsepower. You’re probably going to need a new set of $1,000 tires because, as Teri described it, “they’re are going to get a beating.” If you can afford the $60,000-and-above sticker price for the car, the $275 course fee will look like an absolute steal. Plus, in addition to all the racetrack adrenaline, you get a scenic tour of southern New Mexico, a T-shirt and a dinner banquet. 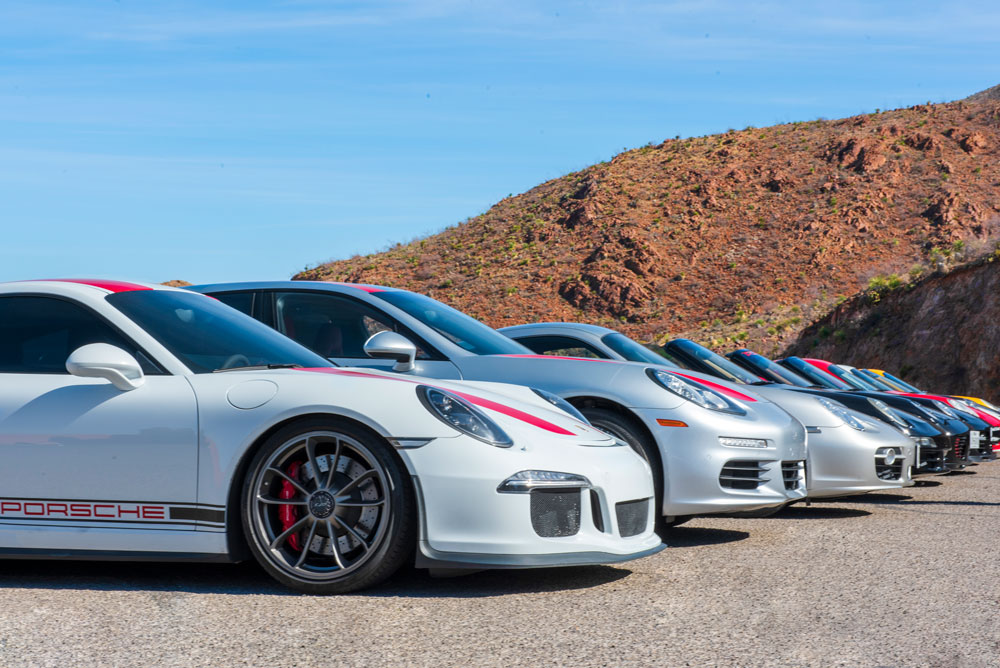 It would be easy to dismiss the PCA as a boys club. However, as I spoke to some of its members and saw them speak to each other, Teri’s word resonated with what I saw and experienced. In fact, the PCA was often run by women like Fran Walker, Dede Rogers and now, Teri, who made the club friendly to spouses, organized the social aspects of it and promoted its cohesion.

The history of its members is intertwined with the history of the club. PCA legend Bill Walker and his wife Fran were married in 1953. When Bill was shipped to military duty in Korea and later Germany, he replaced his American made Corvette for his first Porsche, a 1966 911 S. After his return, he shared his love of Porsche with his wife Fran Walker, who later became club president and Club Historian. Their story is a story of shared passion that nurtured and carried the club along more so than the cold, precise machinery at the heart of the Porsche. This club is “not just about the cars, it’s the people.”

As I held on for dear life, nine other racers sped around me through the west side of Transmountain Road. I came to know that the club was held together not just for the love of the engineering that kept the machinery purring at 90 mph but its members, some with tenures spanning decades. For this we shall know them well, we should know them as men, and women, of wealth and taste.