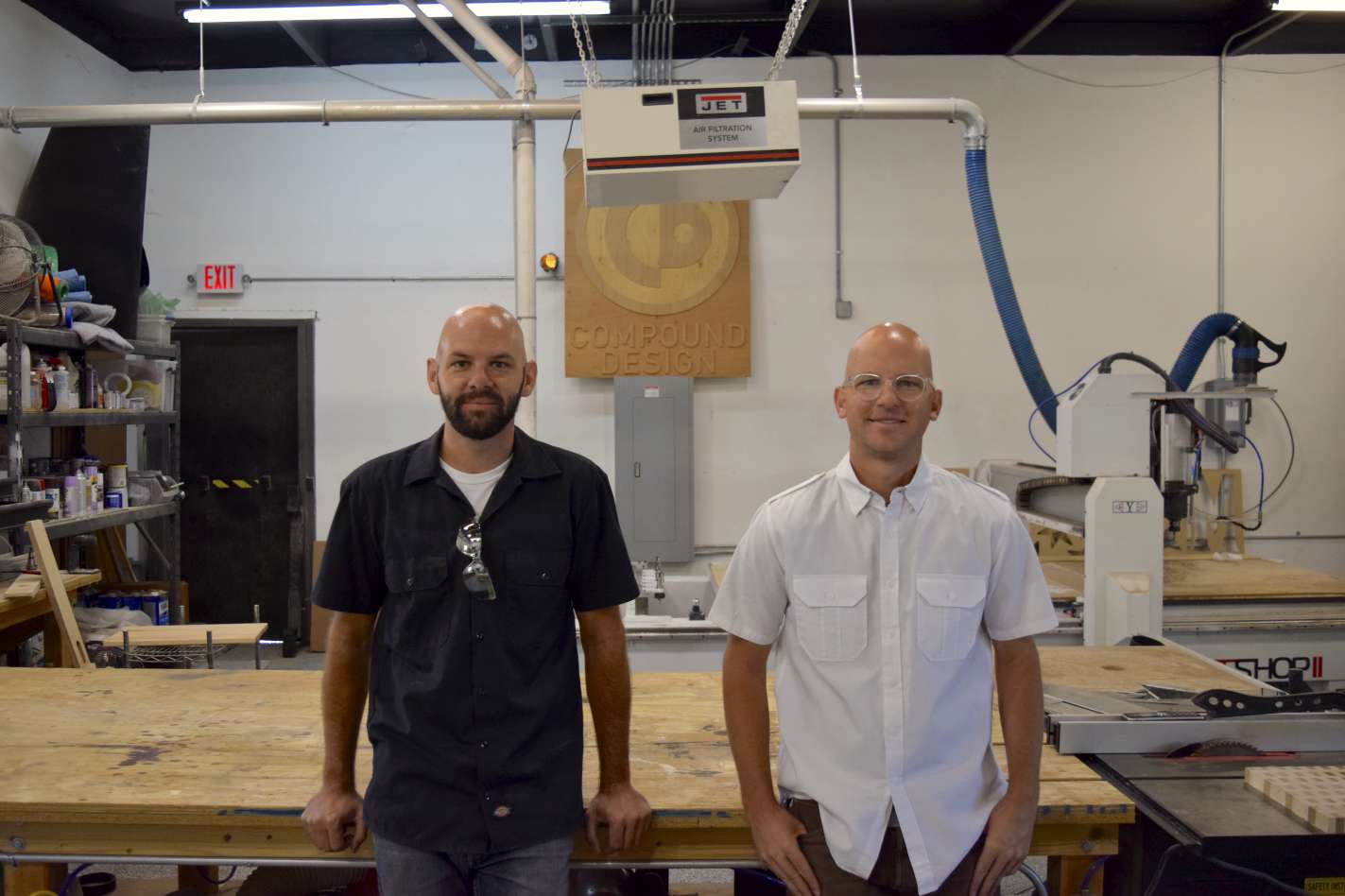 Smart businesses know how to adapt and seize new opportunities that present themselves. Compound Design, ran by brothers Luke and Ben Wilbanks, is the embodiment of this idea—”It’s a constantly evolving description, cause every week we’re finding ourselves in new markets,” said Luke. The business began in 2013, exclusively building road cases for musicians, and has now grown to include architectural paneling, furniture, computer parts and more. 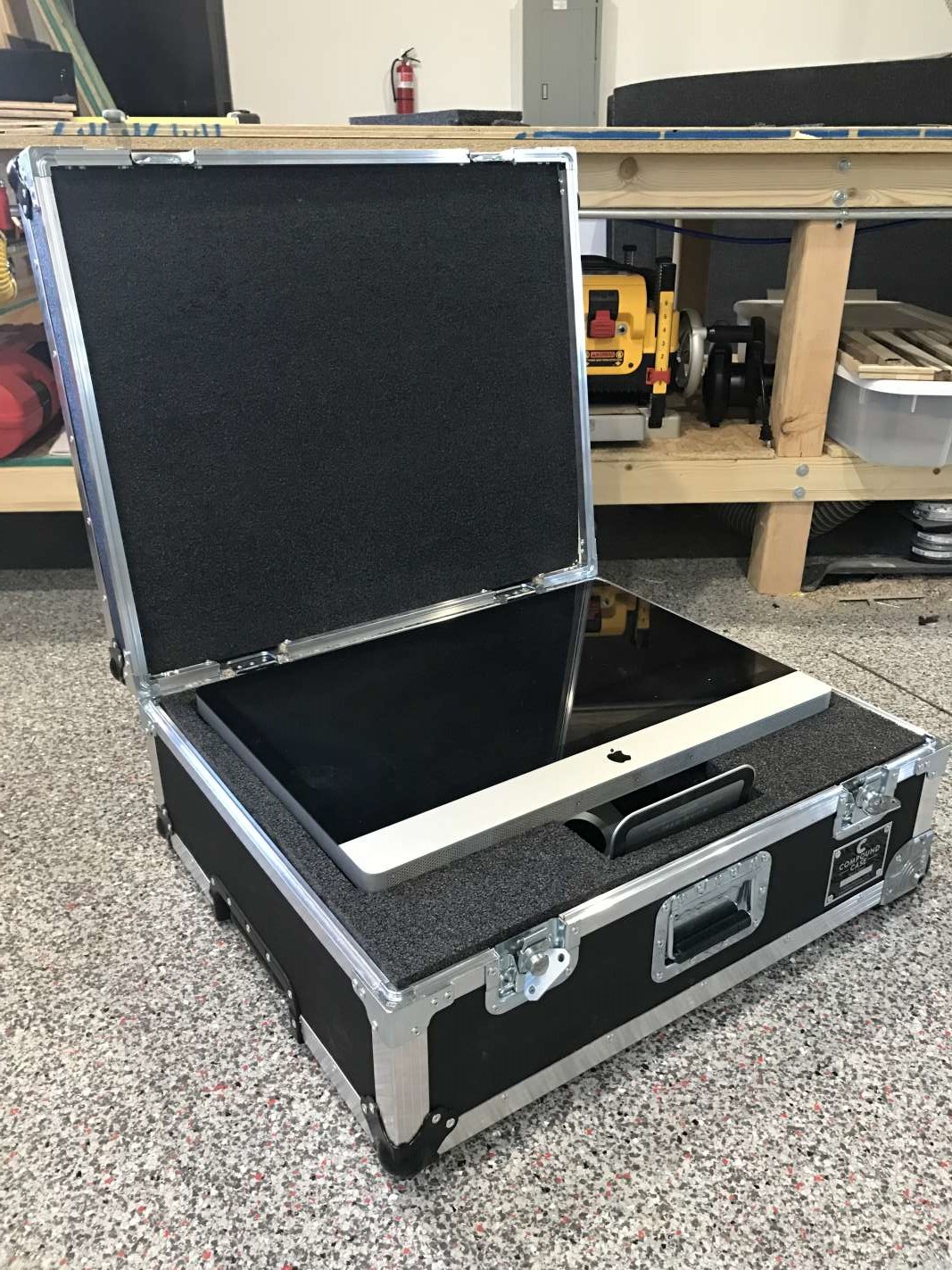 The brothers each bring something unique to the table, coming from different career backgrounds. Luke’s past experiences in production, namely broadcast television and then music, were what lead him to where he is now.  In 2013, he became the tour manager for the band the Dirty River Boys, and soon became concerned about the ways in which they stored their gear.  “Before too long, I was looking into what went into building a case.” Once word spread, Luke began to get orders for cases from all across the country, and decided to dedicate himself to the profession. Before too long, Ben stepped in with his background in advertising, signalling the start of what is now Compound Design.

The technology behind a shop like this is no joke.  “We’re a traditional carpentry shop,” Luke explained, “other than our CNC Router.”  The Computer Numerical Controlled (CNC) Router at Compound Design is part of what allows them to maneuver through so many different markets.

“You set up a file on the computer, then the machine reads that file and moves accurately to half-a-thousandth of an inch,” Ben described.  Technology like this can’t easily be found elsewhere in-town, as Compound Design provides their services to businesses that normally outsource the work out of El Paso.  “The CNC Router was a big piece of the puzzle,” Luke said—it allows them to produce at a quicker rate, and businesses jumped on the idea of a local business able to use this technology. 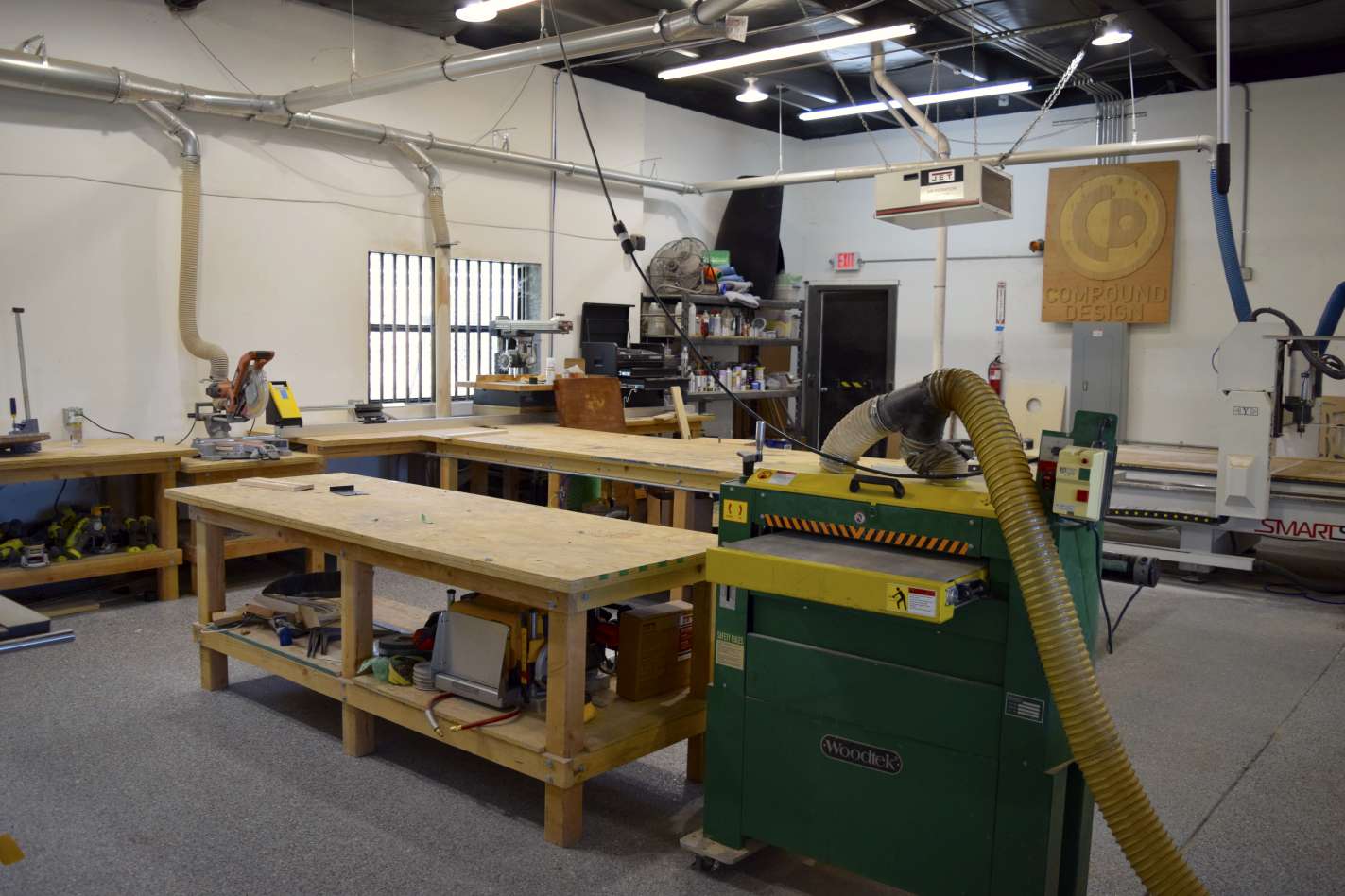 Word has spread of the business, leading to Deadbeach Brewery reaching out asking for some projects to be done.  Soon after, Ode Brewing reached out as well for a small project they wanted done. They began receiving more requests for work done, but one order was what pushed them over the edge of considering themselves a full-on design shop, rather than mainly making road cases. After a large order of cutting boards, over 400, “we accepted that road cases are a piece of the pie rather than the whole pie. Now everyone tells us that we’re filling a niche that this town needed.” 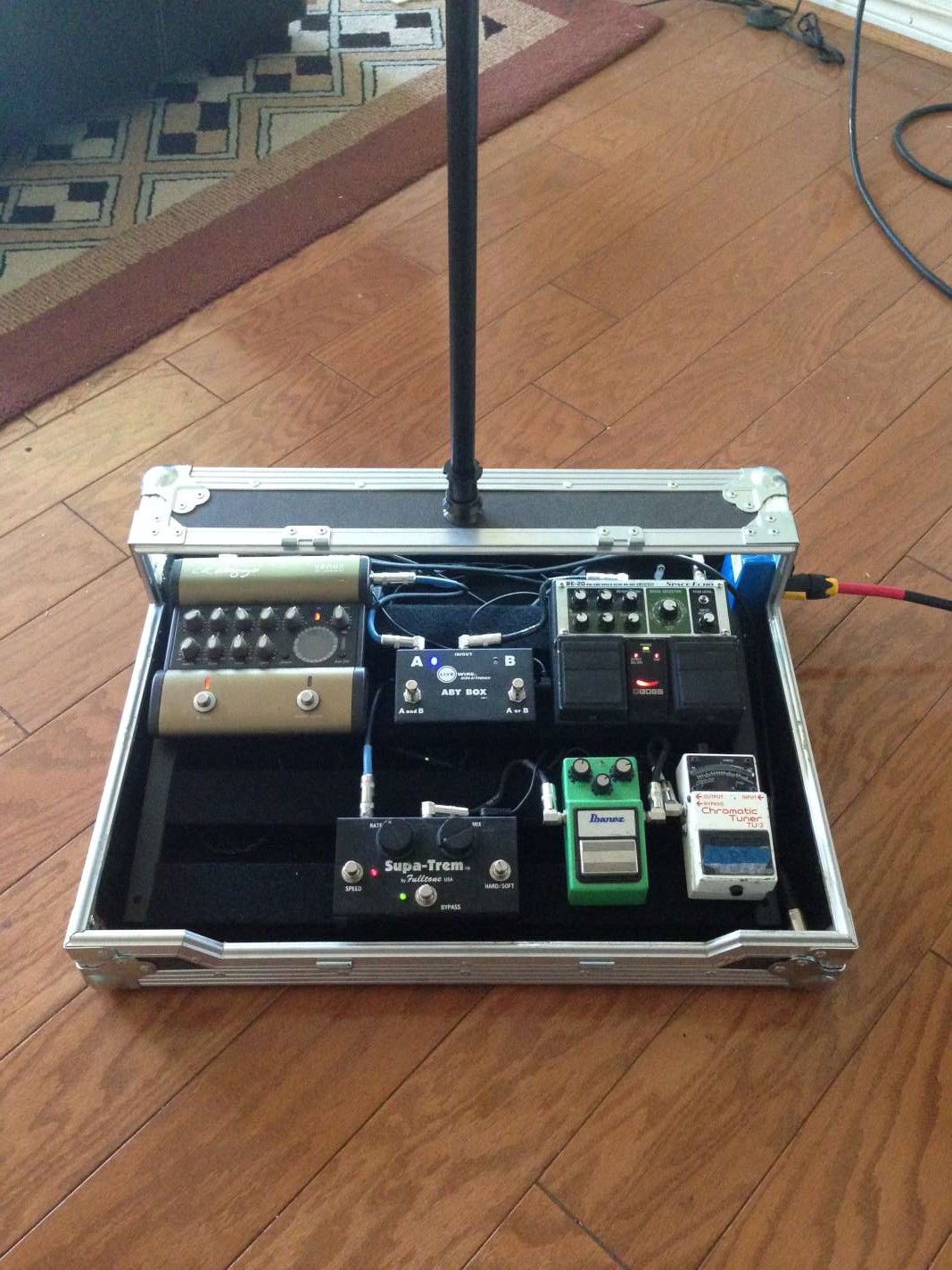 Another project that they are particularly proud of started when they were contacted by Diversified Interiors, asking if they would cut some architectural paneling for the exterior facade of Bel Air Middle School.  Luke and Ben cut over 40,000 square feet of paneling, and the results are stunning.”It’s a super cool exterior facade. There’s nothing else like it in town,” said Luke. If you are in the area, it is worth stopping by to look at—the geometric designs on the walls are genuinely unique and visually impactful. Another such project that they have worked on recently has been to build set pieces for the Coronado High School marching band, cutting a sample piece less than 20 minutes after initially discussing the project, thanks to the high-tech CNC technology.  “We’re just here to be as helpful as we can to the community,” Luke said, and it shows in the work that they do. 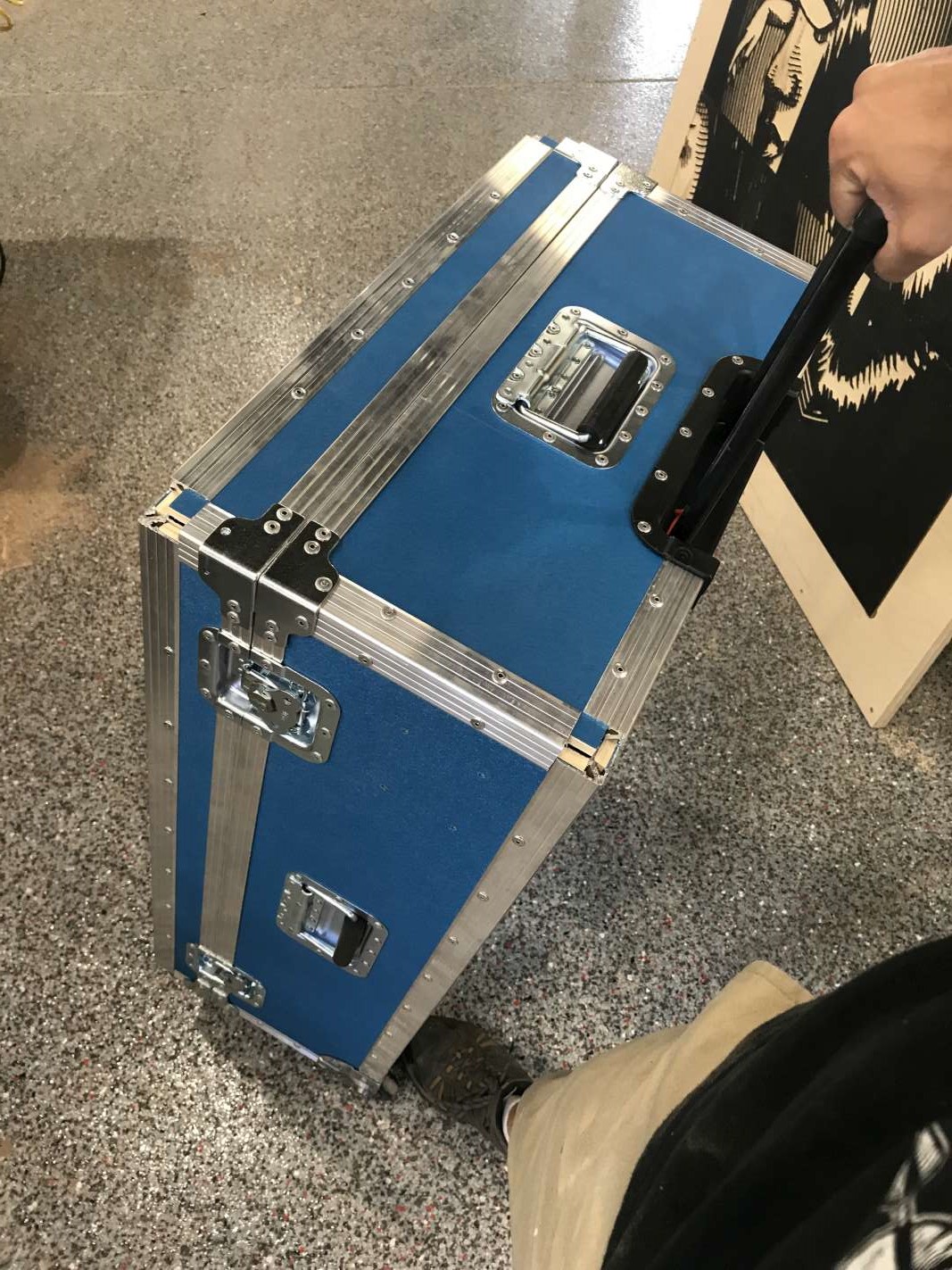 “We’re keeping our eyes open to opportunities,” Luke said, regarding upcoming projects and plans. With how much Compound Design has diversified their work greatly, they’re constantly on the lookout for the opportunity to do so even more.  Luke invites anyone to come in, throw ideas back and forth and come up with a plan to complete whatever project you’ve been struggling with. “There’s a lot of folks out there that are challenged by a project they’re working on … we invite people to just stop in and see.” To find out more info on Compound Design and to reach out to them, check out their website www.compound-design.com and their instagram @compound_design.