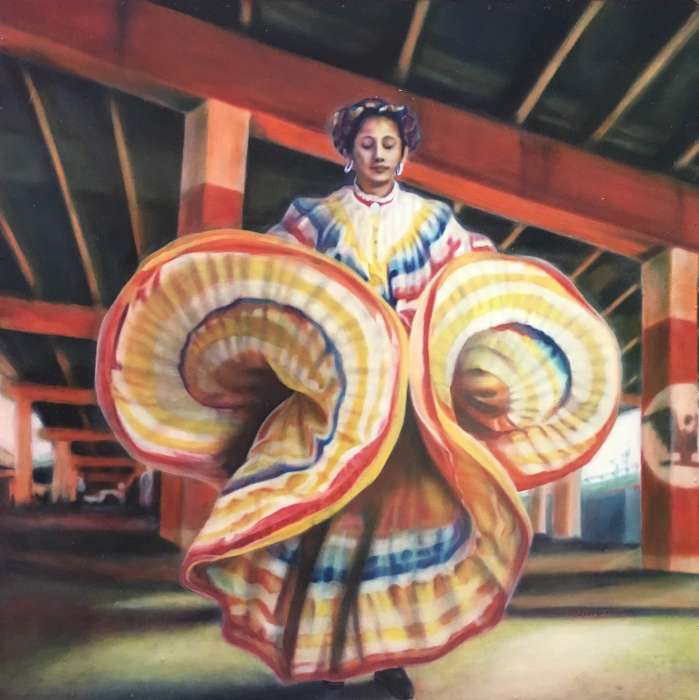 Informed by a life spent along the U.S.-Mexico border and inspired by those making a difference in our resilient binational community, El Paso artist Tino Ortega has dedicated himself to exploring the idea of “connectivity through diversity.”

Growing up in El Paso and frequently traveling across the bridge helped foster this idea of connectivity—and first exposed Tino to the stunning, colorful murals that sprang up in Juárez over the years, in a time that mural work wasn’t as common as it is today. He recalls the “shock and awe” of turning a corner to stumble across a new mural. Though El Paso and Juárez are geographically connected, Tino said he’s found inspiration and influence in the more abstract, intangible divisions between two distinct worlds.

“We are separated by a bridge and a border, but we are also divided by worlds,” he said. “We can be international travelers just walking over the bridge. We are so close, but still worlds apart, and you still see that shock factor just from one part of town to another.”

Through his work, Tino puts an “emphasis on how our differences bring us closer together”—an especially prescient theme in the country’s current political climate, especially along the U.S.-Mexico border.

Tino points to the centuries of commingling and clashing cultures that formed contemporary Mexican civilization as a good example of this connectivity. “A lot of Mexican culture is derived from other cultures—there are Spanish aspects, Indigenous aspects, even German aspects,” he said. “A lot of combination goes into creating your own identity and realizing where that identity comes from can help you build onto it into the future.”

His bright, colorful murals seem inspired by stained glass, with patches of rich, bold color surrounding his figures. There is a mosaic quality to Tino’s murals and paintings that seem both tightly controlled and free, one that draws equally from fine art and street art, delicately toeing the balance between the two.

His work features those who have made or are working to make a difference in the community at large—the likes of artist, activist and icon Frida Kahlo, as well as Texas Rep. and underdog Senate candidate Beto O’Rourke, who tweeted a picture of Tino’s mural on the San Carlos Building. 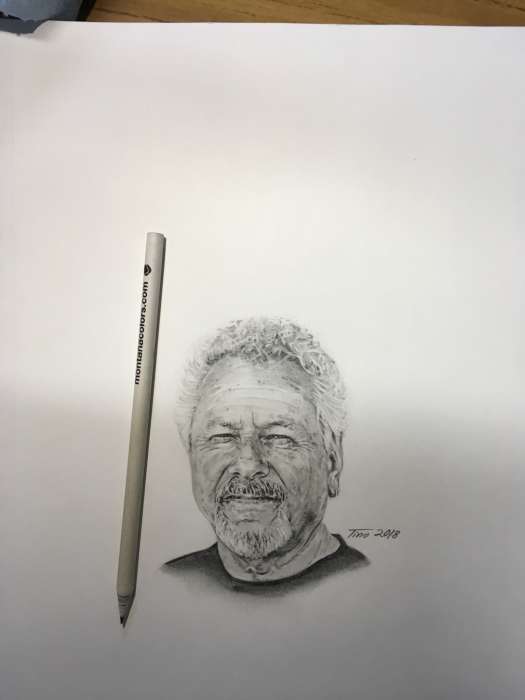 Tino has collaborated on several projects with City Councilman (and fellow artist) Peter Svarzbein, including the 2012 “Temple to the Future” project, which drew more than a dozen artists from both sides of the border to create art on the abandoned, set-for-demolition Saddleblankets Building. The two also paired with Mitsu Overstreet, Dave “Grave” Herrera, Edwin Stewart and Elena Lightbourn on “La Mansion,” transforming the façade of a historic Union Plaza structure into a site-specific art project.

Though many know him for his large mural and street artwork found around El Paso and beyond, Tino has currently poured himself back into pencil drawing, in part to keep skills sharp as he works on his next project. “I go back to old mediums I’m not really too keen on at the moment,” he said. “I don’t like being too comfortable in anything I do—I like to jump back and forth.” 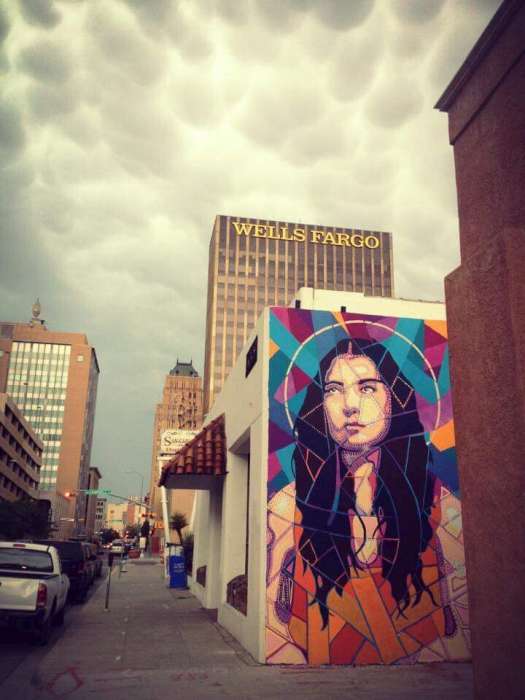 While his work features those shaping and giving back to the community, Tino has found himself doing the same. He’s donated paintings that now brighten the walls of The Children’s Hospital and is currently producing a limited-run “thank you” print for United Way donors, along with another piece for the El Paso Community Foundation’s Border AIDS Partnership.