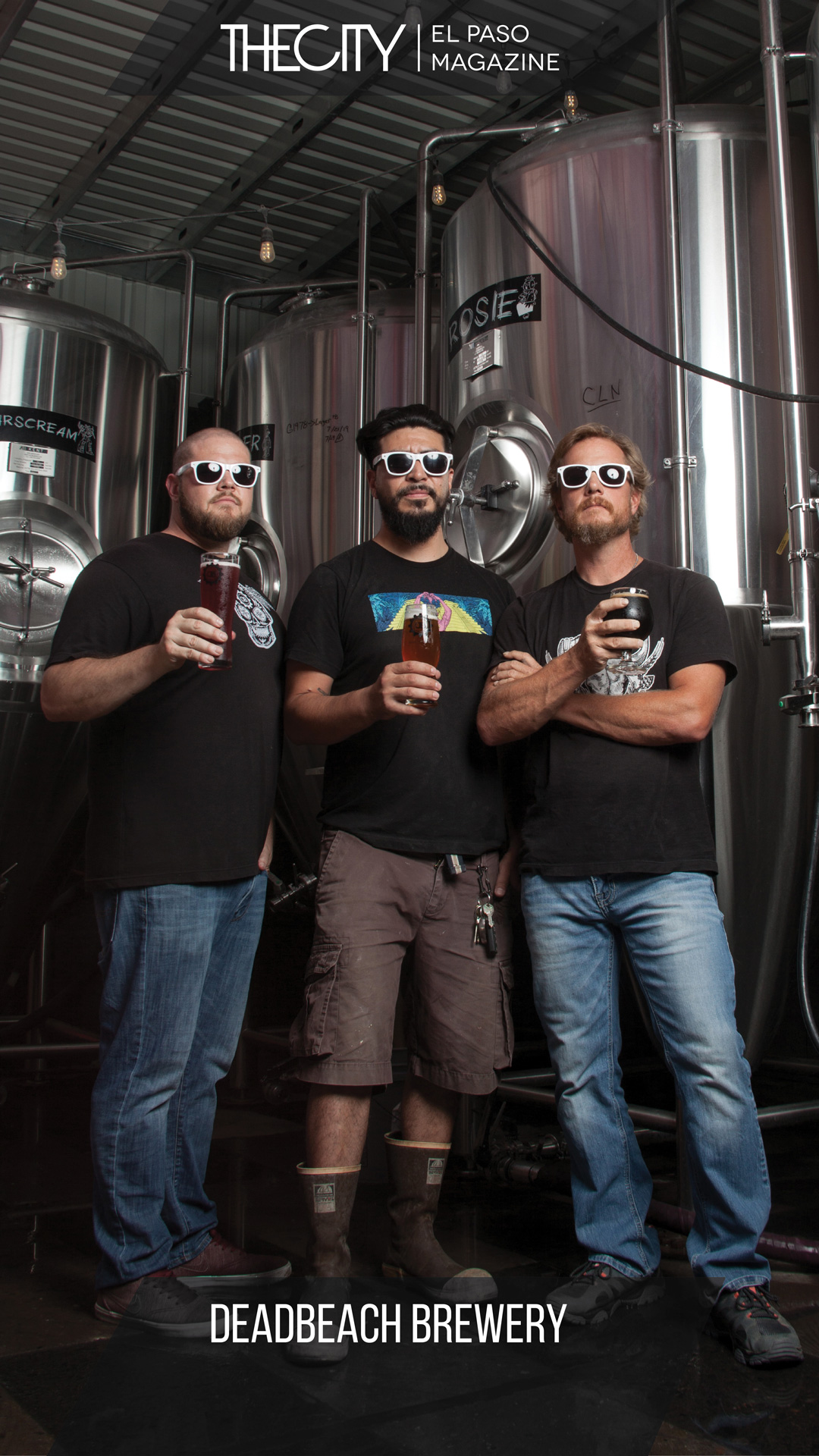 It’s hard to find a better way to unwind after a long day or bond with friends more than cracking open a cold beer. Owners Gabriel Montoya, Jason Hunt, and Justin Ordonez started brewing their own beer in a small garage in 2015 while realizing the lack of real beer culture in EP. They decided to take the plunge to become one of the first breweries in El Paso and now they are a staple of downtown-located right near the baseball stadium. They continuously find themselves growing and expanding to meet demand.

How do you explain Deadbeach’s astounding success? “The proof is in the pudding,” says co-owner Justin Ordonez. All of their varieties are brewed artisanally in house and can be found in over 300 taps across the city. Some, like the recent collaboration they put out with Real Ale (Texas’ largest brewer), are aged for a year and a half or longer in fine wood casks. Asked where he sees DeadBeach going from here, Justin was quick to respond: “I see a lot more growth. We feel like we played a central role in fostering a rich beer culture in El Paso, so we definitely want to continue that. And, of course, we want to see our beer distributed nationally.”