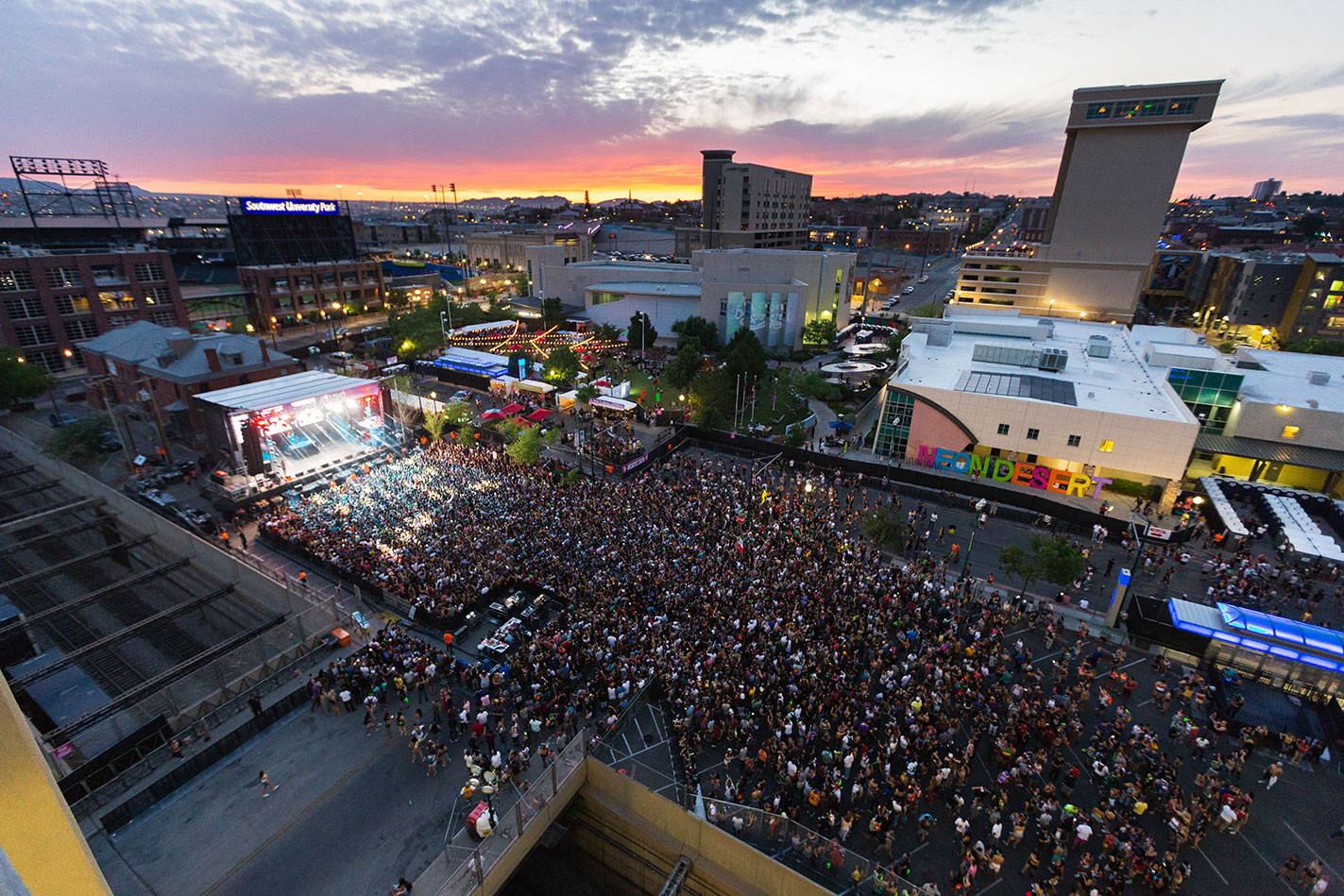 The sun has risen and set on yet another Neon Desert Music Festival, and we survived it all; from the blistering heat, rogue elbows, and stampedes of fans of all ages who filled entire city blocks in the fashion of sardines in a tin. Not only did we survive, but we also had the chance to sit down and chat with a few of the acts that rolled through town and who got the crowds moving with their manipulation of rhythm and sound.

If I was restrained and only allowed to use a single word to describe LANY, their energy, and stage presence that word would be, “the purest form of enjoyment and fun I have experienced in my life, and there may have been a single tear in my right eye during lLYSB.” With catchy lyrics, tight beats and a sound unfamiliar, it is impossible to listen without serious foot tapping and swaying. The Sun City welcomed the band with open arms and hearts for their first-time performance in EP. LANY is what you get when you take a front man (Paul Klein), stick him on a plane to Nashville to meet up with friends (Jake Goss and Les Priest), and then have the three men start a new band that hits the ground running. Developing a name before recording a single note and then hammering out 2 songs in 4 days (those 4 days being the first time the group had played together). From playing the main stage at Coachella to selling out stadiums in Manilla, and every stop in between one thing is certain. This is just the beginning of a group that has high aspirations and the talent to achieve them. LANY took a few minutes to sit down with us in their bus and answer some questions about their success, inspirations, and why they are like Justin Bieber in the Philippines.

As the saying goes, third times the charm—Cults return to El Paso marks the bands third time performing in the 915, or as 50 percent of Cults, Brian Oblivion, puts it “our third that we can remember, so it’s probably our fourth.” The rule of thirds is somewhat poetic at the time for the band as they just released their third album, Offering, this past October. Every group always will tell you that their favorite place to play is the one they are currently sitting in whilst answering questions, or closing out a show, mic in hand and crowd roaring at their feet. They make it clear that El Paso, the southwest, and Mexico are their favorite spots to jam out in. While we return back to the talk of numbers, this marks the bands second time to play NDMF and those who missed out before took the proper steps and made sure to snag a spot at their stage this time around. With a mix of electric indie-pop inner workings and melodic support, Cults put on a performance that was only matched by their genuineness as people. They sat down with us and talked about El Paso, their sound, and C-sections (not the kind you are thinking about) before taking the stage. 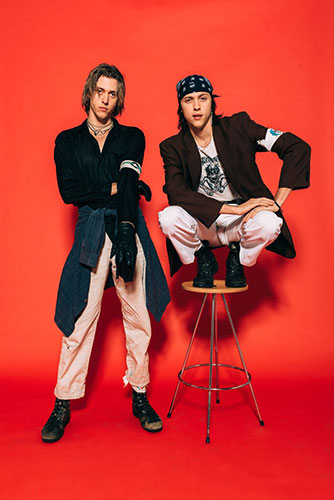 After performing their set at this year’s Neon Desert Music Festival, Wyatt and Fletcher Shears from The Garden, the undefinably genre-busting duo, sat with The City Magazine to talk about their tour life, what they’ve learned since forming the band, and their new album “Mirror Might Steal Your Charm.”

Andy Martinez: You guys just finished your set here at Neon Desert, how did it go?

Wyatt: It went good! We got the crowd pumped up. We were working really hard.

AM: You were just here last October at Lowbrow, what’s the difference between playing at a place like that as opposed to Neon Desert?

Fletcher: It’s different because there’s people who want to see us versus people who don’t know what they’re seeing

Wyatt: It’s more of a stumble-upon vibe here for sure.

AM: You’ve been playing non-stop for a while now; you just did Sasquatch!

AM: So, what’s it like jumping from place to place, festival to festival for you guys?

Fletcher: We’ve been touring for the past five years.

Wyatt: Pretty much, we usually tour like six to seven months out of the year but for this moment in time, for this album, that’s the first long leg we’ve done. This is kind of like the last thing for a little bit.

Fletcher: You get used to it. Sometimes it gets a little old after a while.

Wyatt: We don’t play as many festivals in the US as I think we could so to play at different festivals is a lot more fun because we don’t do it as much than hopping to venues.

AM: Do you like taking extended periods of time when you’re just chilling or are you always working towards the next thing?

Fletcher: Usually we don’t do that but actually for pretty much the first time in almost ever, we actually are doing that after literally this show so I’m pretty excited about that.

AM: You each have your own individual projects, how do you decide what goes into The Garden and what stays with you?

AM: You just released your latest album “Mirror Might Steal Your Charm”, are there any particular themes or feelings that went into producing this particular album?

Wyatt: It’s definitely just a little bit harder, a little bit more raw. That was the initial idea going into it.

AM: Like any artist, you’re constantly evolving. How do you guys feel you’ve evolved since getting together in 2011?

Wyatt: We’ve added a lot more performance-wise, a lot more mentality-wise. Production is way different. Instruments get added in and out. The live set up looks that same as it always did but it sounds a lot different.

Fletcher: We’ve learned a lot, we’re traveling a lot and we’ve learned a lot about business if you open up your mind. If you allow yourself to learn, you’ll learn a lot of stuff and you’ll change as a person and so will your music after like a five/six-year timespan.

Wyatt: I think we’d be pretty bombed out if we were doing the same thing.

AM: What’s next for The Garden?