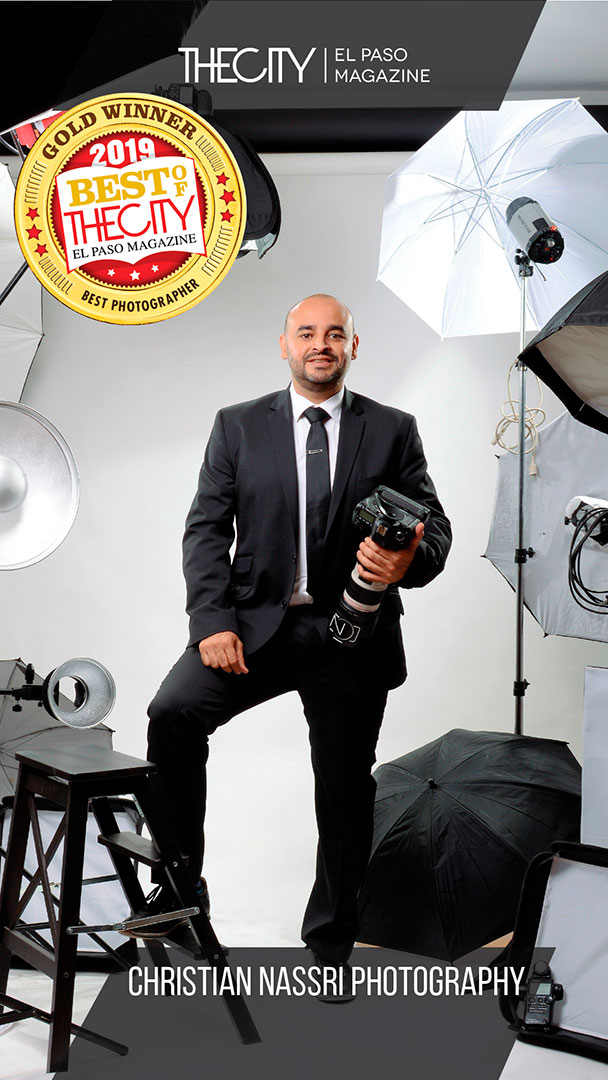 The City Magazine’s Best of the City “Best Photographer” of 2017 and 2018, Christian Nassri, is making his mark not only in El Paso and Juárez, but as far as Spain. Although he specializes in weddings, his photography spans engagements, anniversaries, family and children’s portraits, architecture and fine art. A native of Juárez, Christian always loved photography and got his official start in 2006, and soon becoming highly sought out for his stunning works. Interestingly, his background is in industrial systems engineering, working for Laboratorios de Ciencias Forenses, Gobierno del Estado de Chihuahua as a forensic ballistics expert. On May of 2017, Christian resigned from his government job to pursue a full-time career in photography, a move that his Best of The City awards proved worthwhile.

With over 2000 events under his belt, Christian enjoys being in high demand. He has photographed weddings from San Miguel de Allende to New York. He has recently taught classes both about the basics of photography and mobile phone photography. He hopes one day to showcase more of his artistic work in galleries and museums. Humbly, he expresses his thanks to everybody that voted for him from El Paso and Juarez border to Spain. A truly talented and highly skilled ex-engineer turned brilliant photographer, we congratulate and expect to see more of Christian Nassri.

By: Veronica Nevarez and Oscar Acosta