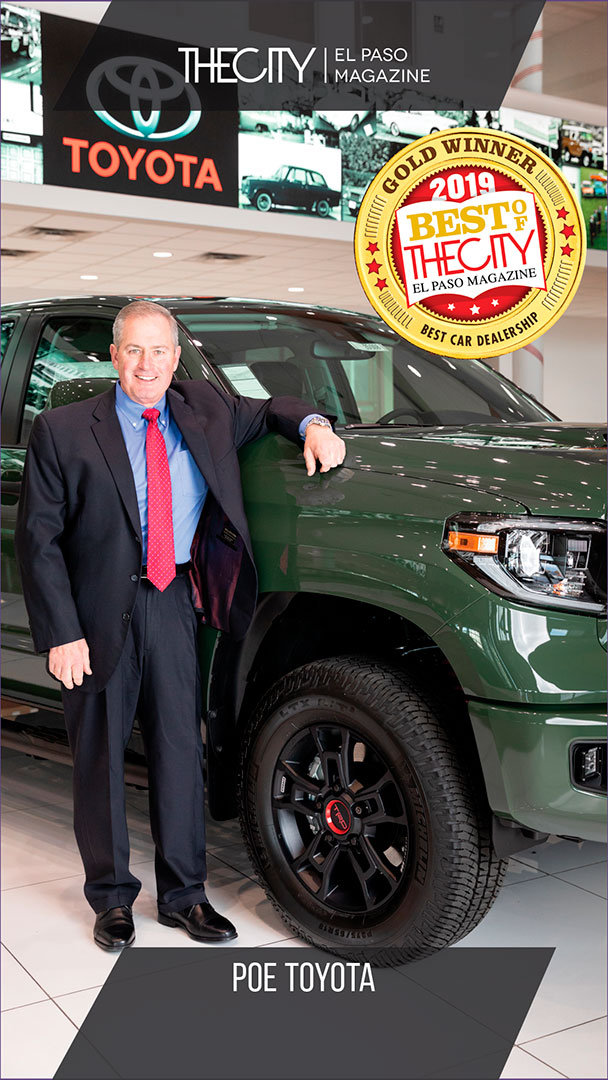 When I visited Poe Toyota in late November 2019, the dealership was leading all others in El Paso, in new car sales. Part of that success, of course, can be attributed to the product itself. Toyotas, as you probably already know, are renowned for their combination of reliability and safety—those new 4Runners ain’t too hard on the eyes either. However, Poe’s popularity can’t be explained by Toyota’s reputation alone. The dealership prides itself on making customers happy—from the moment they walk in the door, until long after the initial purchase.

Gerald Miller, Poe Toyota’s general manager and an El Paso native, explained his group’s mission to me, saying: “I’ve been in the new car business for 36 years, 25 of which I’ve spent here at Poe Automotive. I learned pretty early on that what’s good for the customer is good for business. Nobody wants to feel pressured into buying a car, they want a knowledgeable person to help them find the perfect vehicle for their budget. So that’s exactly what our employees do.” Miller then added, “And we’re honestly all so thankful to the El Paso community, for nominating us for Best Car Dealership, and for giving us their business. It’s really been a pleasure.”