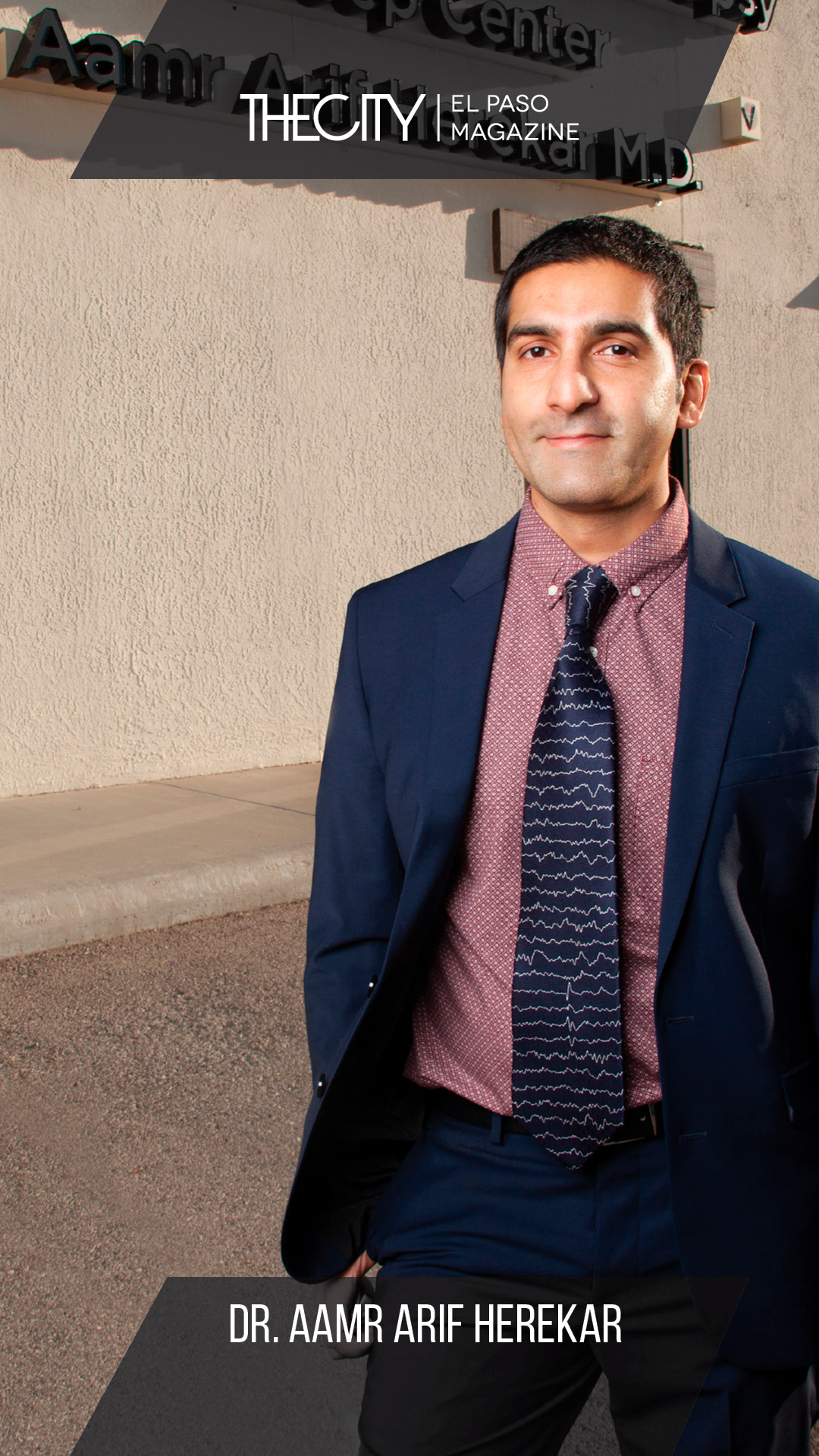 Dr. Aamr Arif Herekar completed his neurology residency in Albuquerque, New Mexico then completed sub-specializations in sleep medicine and epilepsy at the Cleveland Clinic in Ohio. After moving to the Sun City, he saw the need for neurologists and for an epilepsy center in the El Paso area. This was all the motivation he needed to begin work on opening up his very own neurology center. This past March marks the grand opening of Dr. Herekar’s practice, and El Paso’s very first epilepsy center. His new center comes equipped with an epilepsy monitoring unit, designed to help patients that do not respond to traditional epilepsy treatments and medications.

Within the new center, Dr. Herekar will be creating a neuro-spa, specifically to offer emerging therapies that show promise, but are not FDA approved, therefore, are yet to be covered by insurance. He is utilizing a new FDA approved therapy for depression called Transcranial Magnetic Stimulation. This new therapy is offered as an alternative to taking certain medications. Dr. Aamr Arif Herekar saw a need and filled it. For those in the surrounding area battling with sleep and movement disorders, the new center means no longer having to travel hundreds of miles to seek help.