Written and photographed by: Taylor Hines 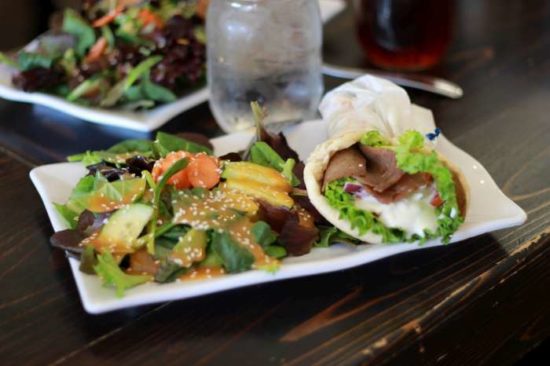 Picture the downtown of any of your favorite cities. What do you see and feel? Cities to me always go back to the people in them. People are how we connect and relate to our cities, they craft the anecdotes we remember when passing a specific intersection, or when we sit at that one booth we always choose. One of the people I was fortunate to have a chat with was Paola Herrera, owner of Healthy Bite which is a stone’s throw away from San Jacinto Plaza and has been in this neck of the woods since 2010. Not only does she serve some of the healthiest lunch options around, she’s also got smiles and stories. 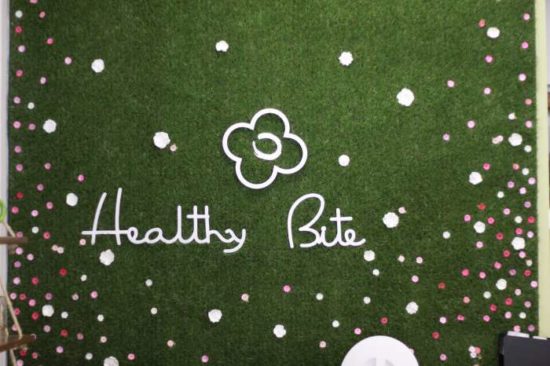 Taylor: So Paola, what would you say your official title is at Healthy Bite?

Paola: *Chuckles and starts counting on her hand* I am the owner, janitor, cashier, laundromat, I deal with PR, with everything!

T: You don’t sound busy at all.

T: You handle your own social media as well then?

P: I do, I don’t know what it is but I like to cater to my clients one-on-one. If I need to address an issue I can do it right away. I don’t have to rely on an agency or outside person

T: So, you take a very hands-on approach to your media, where you want to be involved in every aspect, and it sounds like that translates over into how you run the restaurant.

P: Yes, it’s really hard though sometimes. My mom is amazing at being in control of the kitchen; she’s also great at inventory. I’m the other side. I am the creative one and the person behind the counter greeting everyone. I like being in that role because I want to get to know my customers.

T: How long have you been in downtown?

P: Eight years, but we actually started in another location. We originally started where Crepe and Co. is which my brother owns. We were growing so rapidly, and we ended up losing customers because we couldn’t handle the volume of people. The idea of moving was scary though.

T: It seems like you all were able to take that change though and turn it into a positive.

P: We were, it took a lot of time and effort and help, lots of help—but it turned out for the best.

T: What was the initial spark that made you want to open a restaurant in the first place?

P: Well, I was an architecture student and I was one studio away from graduating but my parents cut me off. I was an international student, so my tuition was nearly double, and they just couldn’t afford for me to continue. So, I came back and lingered. At that time they were trying to sell some property in Chihuahua and this was during the height of the violence.

P: Yea right around there, and they were finally able to sell the property [and] now had a little chunk of money. I remember saying, “We need to make this money move.” Sometime in my college years I dated this guy [who] owned a bunch of Greek restaurants. I was fortunate enough to step in and help him a lot in the kitchen with the cooks.

T: Basically, you jumped straight into the fire.

P: Exactly! I loved it immediately. They would throw plates and yell at each other and it was crazy. I remember telling myself, “Restaurants are cool, I like this.”  I never thought I would have been the person who would have enjoyed that environment, but I decided then and there it was right for me.

T: So you have some kitchen experience, you have some start-up money, how’d you come to the conclusion of opening a healthy restaurant?

P: This *motions all around restaurant* reminded me of something from when I was very little living back in Mexico. [My mother] would take us and get us a juice and they would have fruit bowls with granola in it and that’s how I kind of got into it. So, when I had the idea to open a restaurant I told her, “Let’s do something healthy.” I didn’t want to open a Mexican food restaurant. It’s everywhere and I wanted to do something different.

T: What has been your favorite thing about working in downtown?

P: The people and the architecture. We have so many beautiful buildings and we just keep seeing growth down here for everyone. We have the baseball stadium, the soccer team is coming, I see new restaurants and stores opening, it’s just great. 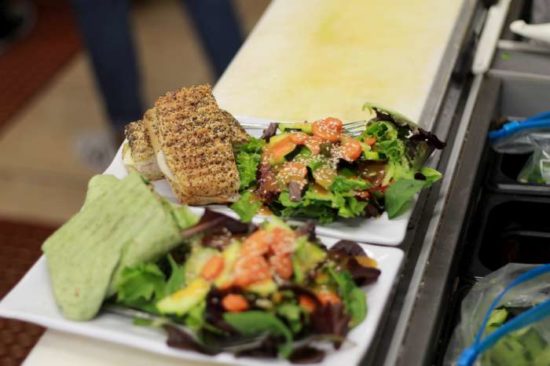