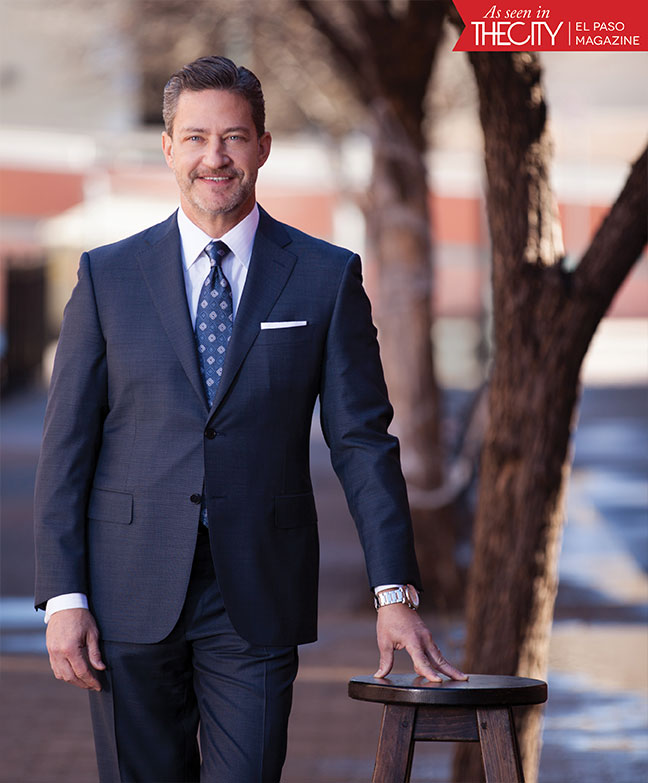 The road from Northeast El Paso, to being named a Top 50 attorney for Austin, San Antonio and El Paso combined seems unlikely. But for El Paso employment attorney John Wenke, it was the result of the values and hard work learned from his parents.

John’s father served 27 years in both the Army and Navy. “He was disciplined, but not hard,” says Wenke. “Although a limited formal education, he loved to read and learned from his life experiences. He was very kind and tolerant of differences in others.”

From his mother, John says he learned hard work and loyalty. Raised in post-war Italy, John’s mother spoke little English when she arrived in the U.S. Despite the hurdles that many immigrants face, Wenke states his mom was the hardest worker he’s ever known. “With her Italian temperament, I think the first words she learned in English were cuss words,” John recounts with laughter. “My work ethic and passion definitely comes from her.”

“We are all a little bit of our parents, whether we like it or not,” says Wenke. “I appreciate my parents, and I give them credit for who I have become.”