Lane Gaddy – Driven by Devotion for El Paso and Its People 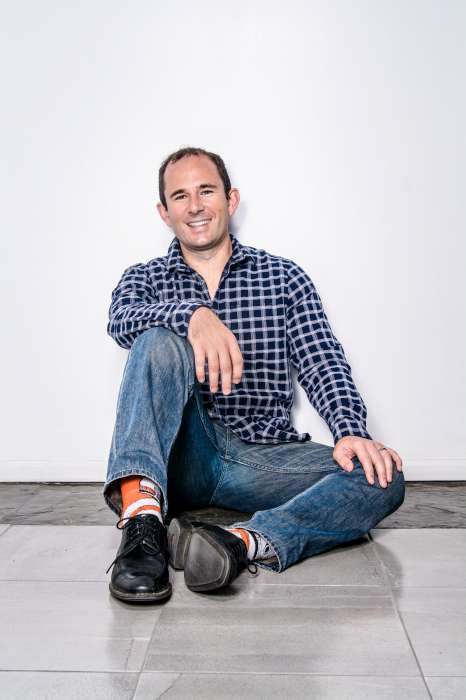 Easily characterized as a budding entrepreneur and savvy investor, Lane Gaddy proves he’s much more beneath the surface. We find that what lies at the core of his work in elevating our city’s image is pure endearment for El Paso and its people. An MBA graduate with dual degrees in Finance and Entrepreneurship from the University of Arizona, Lane was set on starting his career immediately following graduation by way of a job opportunity in New York. Yet, as fate would have it, and “at the request and insistence of [his] grandfather to explore options with the family business,” he, decidedly, embarked on the Sun City. Seeing the opportunities in “cross-border trade,” as he explains, the Albuquerque native accepted his grandfather’s proposal and joined the ranks at W. Silver Recycling, Inc., a 100-year-old metal recycling company once operated by his grandfather, Bernard Fenenbock, who himself succeeded the original founder and his own father-in-law, William Silver.

Today, Lane serves as President of W. Silver Recycling, Inc., which operates in the purchasing and servicing of byproducts produced by the “maquiladoras” across the borderland. In fact, the company has operations from Calexico, California to McAllen, Texas and impressively covers the border region throughout with facilities in Northern Mexico, as well. Although, he’s come to be known more recently for his innovative mindset in moving forward El Paso’s downtown revitalization agenda, Lane still considers his main order of business the daily operations of his full-service recycling company. Since joining in 2006, Lane has grown the operation from 25 employees to now over 300 and has put the company on the map as a leader in our nation’s recycling industry.

Our city has taken particular notice of Lane’s development initiatives and naturally, leads one to wonder what sparked his passion for reshaping our landscape and spearheading some of El Paso’s largest projects to date. The answer lies in the cyclical nature of the metal recycling industry and the periodic downturns expected to occur about every five years. The uncertainty of these economic crashes, typical of most industries, and the subsequent unease that comes from it is what Lane points to as the catalyst for venturing into new territory. As he explains, “I realized diversification was extremely important” and adds, “There’s a crash and the crash is very unpleasant,” pointing to the industry hurdles as to what motivated him to seek out new opportunities and, specifically, those in real estate development.

Modestly, and although credited for several notable projects, when asked whether he considers himself a developer, he points to a “10-year rule” of steadily working in a profession in order to claim ownership, in this case, to the title of “developer.” Still, the magnitude of his projects is by no means limited to that 10-year philosophy he holds for himself. A perfect example of that is the impressive Martin Building restoration with its towering and now signature “ElectriCity” marquee. When asked, Lane openly describes it as one of his more “painstaking” endeavors given the inherent challenges of what’s considered an “adapted reuse.” In keeping with the adage “No pain, no gain,” overcoming those hurdles proved rewarding. The massive $7.4 million dollar project and certified rehabilitation of the once El Paso Electric headquarters was awarded a historic building plaque in 2017 by Preservation Texas in recognition of Lane’s remarkable revival of the landmark building. Completed in 2016, the 100-year-old plus establishment was readapted to house 42 apartment lofts on the top five floors, along with office and retail space below. Known as the new Martin Lofts, the renovated mixed-use building is the first of its kind for downtown and the towering LED sign adorning the building’s rooftop has redefined our downtown skyline.

Before the Martin Building, Lane’s first major investment in 2010 was the 11-story Coronado Tower on the westside of El Paso, which he refers to as “an unpolished gem.” The renovation of the high-rise building, which has remained in rare form for the area from the time it was constructed in 1966, initially failed to elicit support from those in the community who apparently did not share in the project’s vision. Much to the contrary, the substantial $2 million, 67,000 square foot makeover was an overnight success and garnered an overwhelmingly favorable response from the community. Not only has the rebuild enhanced Coronado Tower’s unique presence in the area, it helped redefine the building as a viable and affordable commercial leasing option to the pricier downtown establishments. 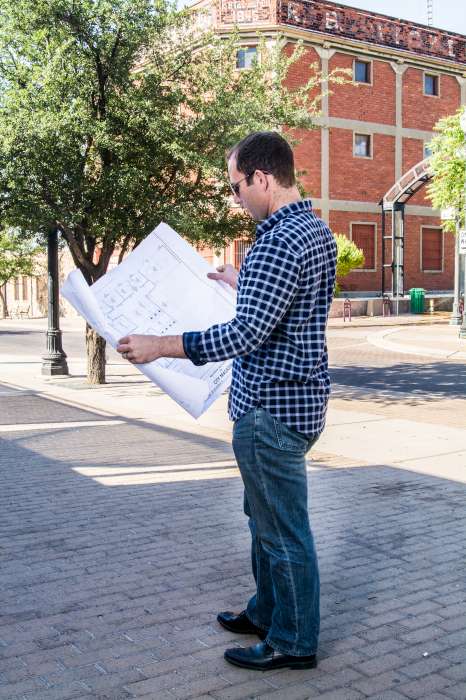 Fast forward to the present and coming soon is Lane’s latest acquisition and newest project—the revitalization of the iconic 15-story Bassett Tower and what will be new to our area, Aloft Hotel. The makeover is also considered by Lane as his largest project to date in terms of “gross dollars spent,” but says it was also one of the shortest projects at only three years for a building of this scope. The endeavor called upon the expertise of “an A-class team of specialized national architects” in rehabilitating the roughly 88-year-old, Art Deco landmark building designed by El Paso’s own renowned architect, Henry Trost. The motivation for this particular restoration is what Lane describes as “finding value where others overlook it,” an apparent “recurring theme” that the entrepreneur says he’s come across throughout the course of his projects.

Given his accomplishments in revamping our city’s image, it’s no surprise that Lane was bestowed the Hub of Human Innovation award for “Innovation in Downtown Redevelopment” in March of 2017. The award was the first of its kind, and honored Lane for his progressive and innovative efforts in not just revitalizing El Paso’s downtown landscape, but also for bringing value to our community as a whole. With the upcoming restoration of the landmark Roberts – Banner Building in the works, another Trost building, we expect the awards and accolades will no doubt continue, and rightfully so.

When questioned candidly on the driving force behind his literal investment in our city, Lane affirms what we’ve now learned, “The people of this city. The friendliness and camaraderie are the selling point.” He goes on to say that our characteristically amiable nature is unmistakable when meeting El Pasoans in other cities. His vision for a “first-class downtown” is undeniably on the horizon for both residents and visitors alike. For the moment, Lane’s knack for reviving our city’s monumental and often forgotten architectural feats is playing a pivotal role in the Sun City’s very own modern renaissance. By the looks of his current trajectory, it’s certain that he’ll make good on his own “10-year rule” and even more probable that Lane Gaddy will eventually claim his title as one of El Paso’s own, true visionaries.