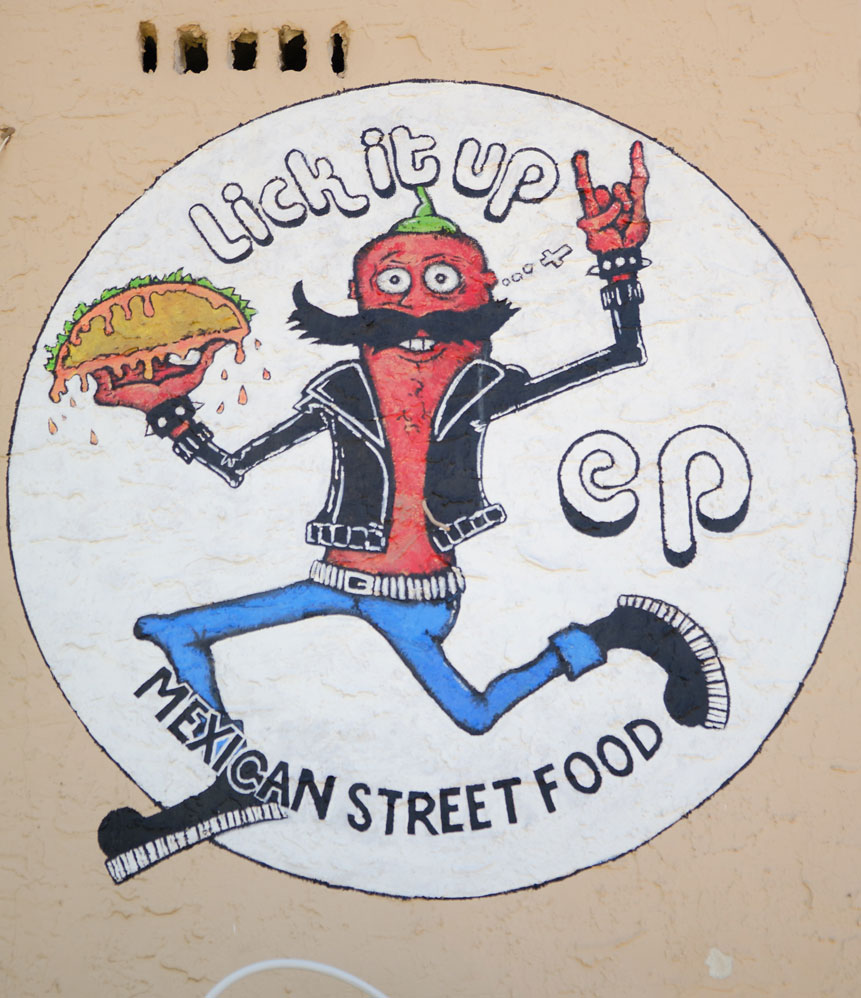 Anthony Bourdain said, “Being a vegan is a first-world phenomenon, completely self-indulgent.” So what? Edgar Delfin, “Pato” to his friends, didn’t want to cook with meat. This is a highly-developed country with a competitive market that has many needs and demands to meet, and Pato has tapped into an underserved market. Offering an exclusively plant-based menu in the backyard of indie darling bar Monarch, Lick It Up, has something going on. So much so that they were Voted #1 food truck at The City Magazine. Also, Guy Fieri, the guy with the blond spikey hair on TV—an American restaurateur, author, game show host and Emmy Award-winning television personality from The Food Network—happens to have filmed a TV show about it. Did I mention that there are two upcoming “Munchies” episodes on VICE coming out soon too? 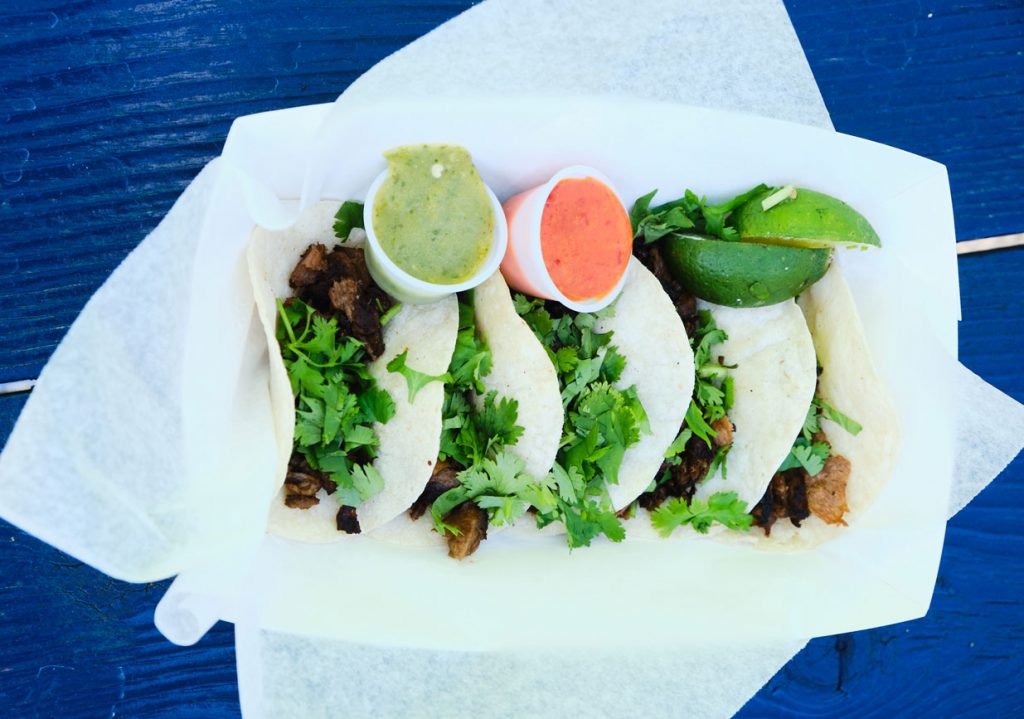 According to Pato, his plant-based menu is not so much about an ethical alternative to meat-based consumption. It’s more about producing good food. It’s not about being judgmental, or political, or about badgering you to death about the ecological and economic cost of a meat-based diet. It’s about taking Mexican food in another direction. It’s about taking those delicious, mouth-watering flavors, that greasy, salsa loaded, textured masa of the gordita, that you can get at a food truck in central Juárez, and being creative. It’s about using what is already there and spinning it into something novel. It’s about doing more with less. It’s about doing art that pays. 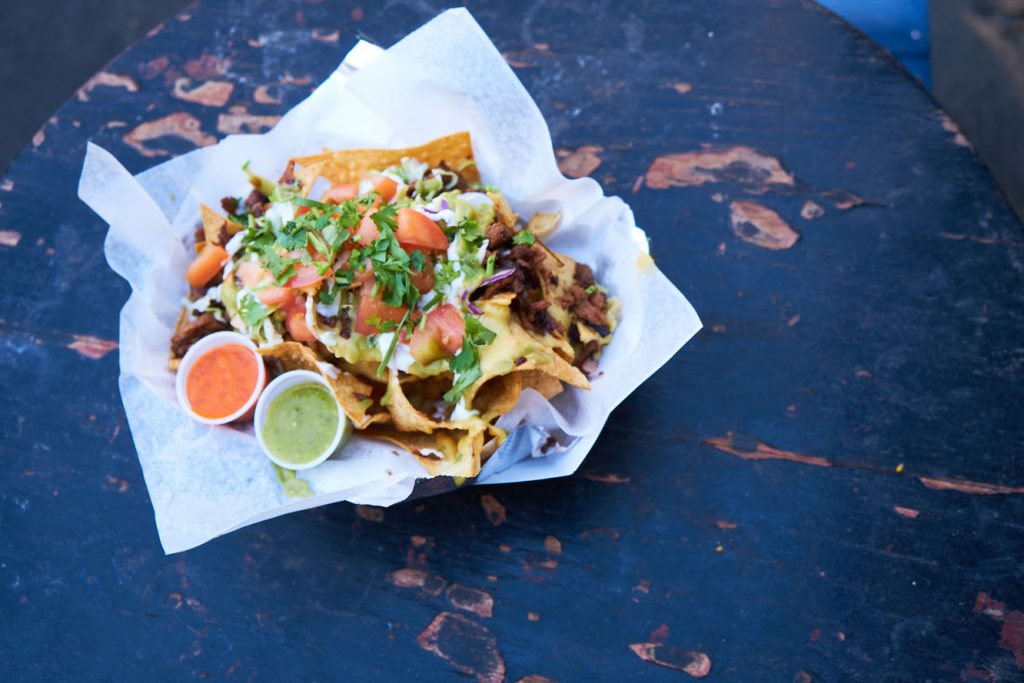 To borrow an analogy from a much better author, working in a kitchen is very much like being a modern-day pirate.  For some, working in an office, talking in the breakroom about GoT, on a straight 9-5 is more of a hell than they can manage. That’s for normies. If you’re not cramped into a tiny, under ventilated room with a hot stove and other spatula wielding collection of burn-outs and high-school rejects with a line eight deep clamoring for your delectable treats, then you’re not really working, you’re just clocking in and clocking out.

Pato’s version of plant-based food is the metaphorical equivalent of that tattooed, pierced misfit that doesn’t quite fit into corporate America. Sure, the “Hezbollah militant-style vegans” will like it—you know that friend who insists veganism is the solution to all our world’s problems, from acute poverty to cancer? But, those that have had a few beers and just want some tacos can dig it too. 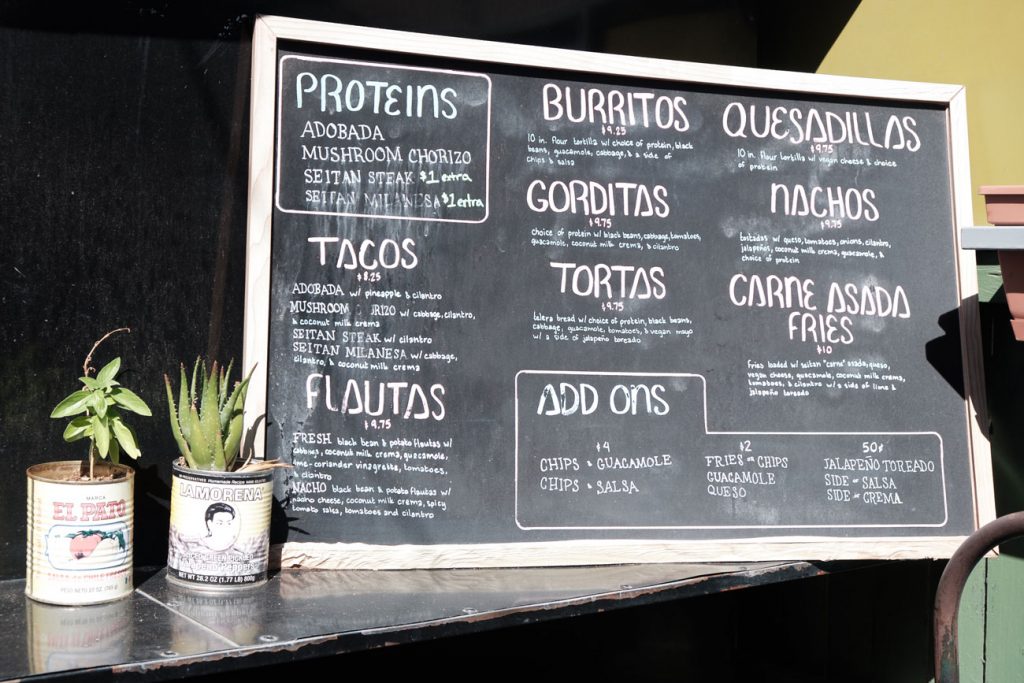 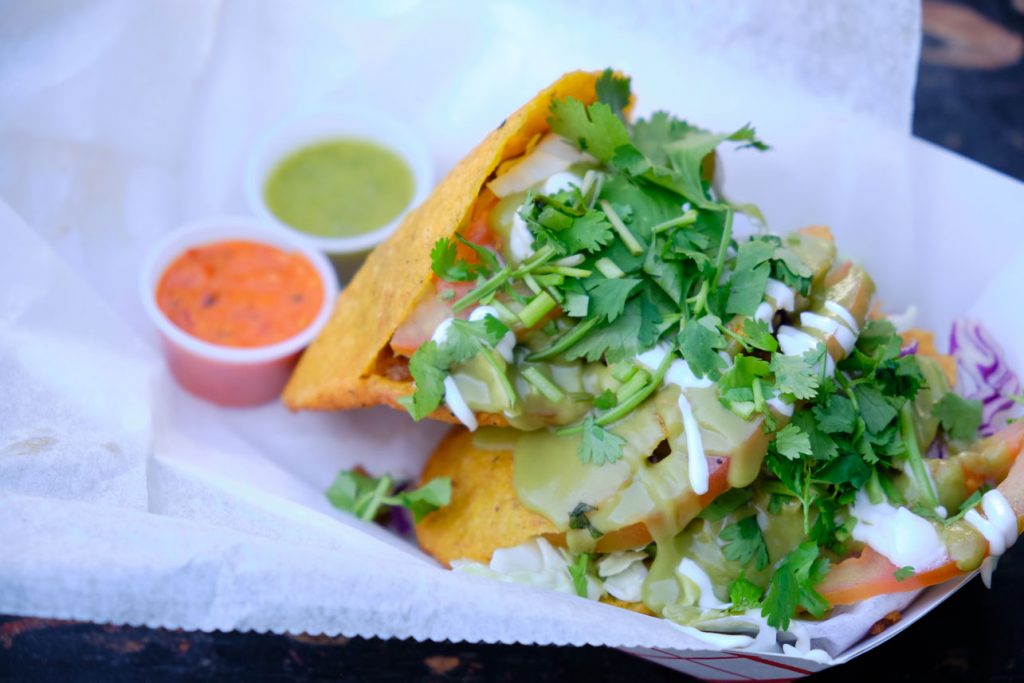 That is where Lick It Up is special. Defying Bourdain’s view that, “Vegetarians are the enemy of everything good and decent in the human spirit, an affront to all I stand for, the pure enjoyment of food.” Pato is leading his ship against this current for a better understanding of what the limits are for a plant-based diet. It’s not for health. It’s hard to say that those delicious seitan-infused flautas, also fried in oil, are any healthier than shredded beef flautas. Regardless, they still hit the spot. Go check them out. For two years they have been based out of Monarch on Rio Grande, but by the time you read this, they will have opened a full kitchen at International in downtown El Paso. I’ll be there during lunch hours if you want to argue over the economics or health benefits of veganism with some half eaten gordita in my mouth.