“I feel very grateful that I come from a place like El Paso that is so warm, loving and bicultural. It feels like one big family in that city and I think it’s because so much of the population is Mexican-American. We are all connected by our culture … It’s funny because I thought that was a normal occurrence for most small cities, but as I have traveled and shared my story, I realize how truly unique this place is,” Chef Aarón Sánchez.

The Pass of the North; a land whose history is as bright and vivid as our sunsets that paint the mountains purple and transform our sky into a smorgasbord of pastel blues, pinks, and oranges. Our people are strong, kind, and have this “it” factor that you can’t put into words except “it’s an El Paso thing.” One of those people is Aarón Sánchez; Chef, restaurateur, TV celebrity and adding to the growing list of epithets, author. 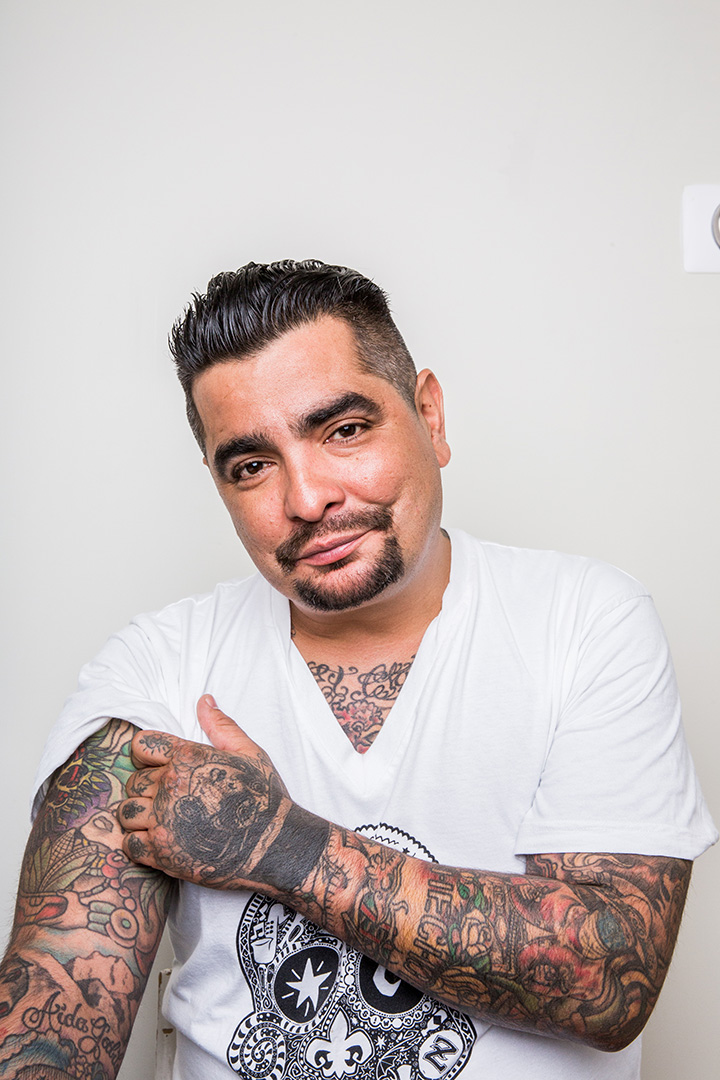 Sánchez released his memoir, “Where I Come From: Lessons from a Latino Chef” in late September. He captures the essence of what it means to be from the 915. “This really felt like the right time for me emotionally. I had to do a lot of soul searching and it took me being incredibly vulnerable and honest with myself. I wanted this to be a bit of a road map as well as a cautionary tale for people looking to get into the food industry or really anybody in any field looking for some direction to be successful,” commented Sánchez on why “now” was the right time to share his story. In his memoir, Sánchez recounts on his “short lived” time in culinary school, his summers in El Paso, life as a teenager in the booming age of NYC hip hop, and other stages of the metamorphosis that is the chef today

“… a lot of friends and colleagues had always said ‘you should write a book’ after we’d be sitting around telling jokes and stories, but I think it really came together because I realized I am now someone that a lot of people—especially young Latinos and Latinas—look up to. I felt it was my duty to share my story with them so they could have some inspiration and also know all the hard work and pit falls I went through to get here.”

Culinary arts, as with writing, tells a history. Sánchez tells his story and the story of his ancestors on the plate every time he touches a pan and manipulates ingredients. He has also been able to manipulate the letters of the alphabet and put them into sentences to tell his story. He feeds people in many ways, literally and figuratively. There exist similarities in the two mediums (food and writing) and their ability to craft a narrative is evident. “Food is one of those beautiful things that can connect people in every culture, and I think writing the stories and sharing my culture through food is so intrinsically connected. I think food writing can omit such a palpable memory or sensory reaction, when it’s well written you can see the colors, taste the flavors and smell the aromas,” comments Sánchez.

“El Paso is home. It will always be home even when El Pasoans move far away,” reflects the chef. “How do you describe the borderland to people who have never been? What makes it so magnetizing in your opinion?” I ask Sánchez who leaves me with this, “It’s something that gets rooted in you and never goes away, I think it’s spiritual but it’s also just so cultural. The fact that I grew up going between Juárez and El Paso all the time to see family and friends, go to markets, etc. is so specific to El Paso in a way that I couldn’t even tell half the time if we were in El Paso or Juárez. It was just so fluid and is, in my opinion, one of the strongest bicultural cities in the country, if not the world. The people are also some of the warmest, most generous and kind people I’ve ever encountered. Everyone feels like an old friend or family member there, and that’s just so special.”