Nose Down, About The Bond 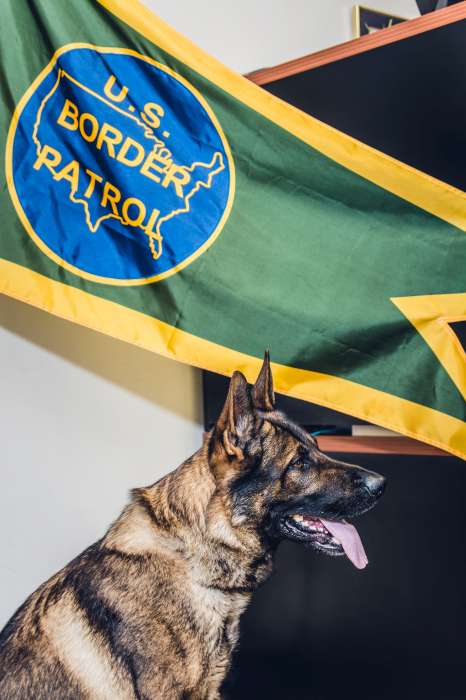 Within the United States Border Patrol are individuals who make up Border Patrol Search Trauma and Rescue, or BORSTAR. Members of BORSTAR have successfully completed training courses so difficult, it is often described as the Border Patrol’s version of Navy Seals training. Upon successfully completing the program, these agents are then trained to be paramedics. Due to its level of difficulty, the number of candidates who apply and are accepted, then eventually make it through to complete the program, is understandably low. 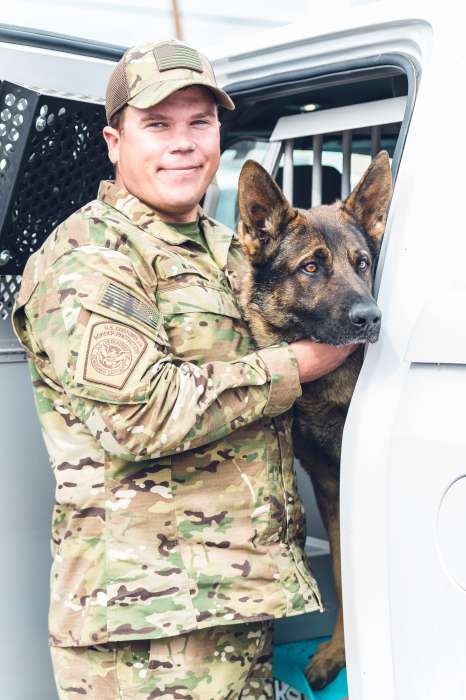 Some of the members, like Border Patrol Agent Matthew Ross, put in a request to be considered for the canine unit. Acceptance to this portion of the program comes with, among other things, more training. Before the training comes an interview process. Expectations are extremely high during the selection process. The trainers, or handlers who assign the dogs, use the interview process to best match an agent to his/her new four legged partner. The trainers take many things into consideration, evaluating both the agent, as well as the canine. The idea is to study both personalities and make matches that give the partners a better chance for success, as they work their way together through a program, many will fall short of completing. The four-month long training is designed to prepare the BORSTAR candidates to deal with a number of elements and scenarios that the average agent is not very likely to encounter out in the field.

Agent Ross has been working for the Border Patrol for the last nine years. Before being accepted to the canine unit of BORSTAR, Ross worked as a line agent in Deming, NM for over four years. Only having one dog as a pet growing up, Agent Ross’s limited experience left him wondering what to expect once it came time for him to be partnered up with Rody, a four-year-old sable shepherd. “It was a first for me and a first for him going through the training. I had never been a handler before,” explains Ross. Aside from being partnered up according to personality, they seemed to be partnered up by size as well. Both Ross and Rody were physically the biggest in each of their classes. 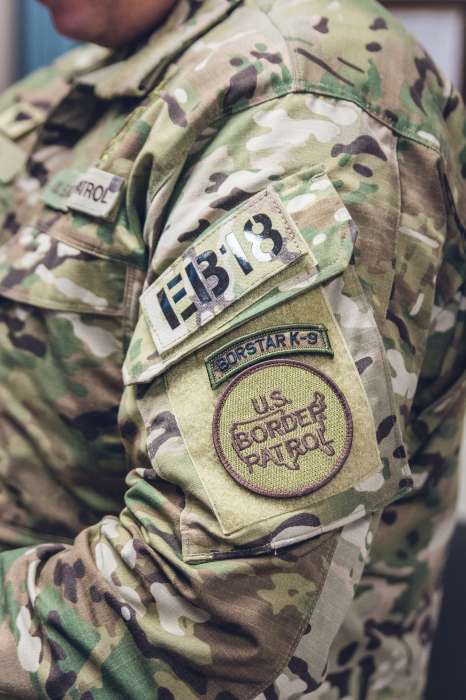 Rody came from the Netherlands, where working dogs are bred off of drive as opposed to their looks. He was brought to the Canine Center El Paso (CCEP), one of only two facilities in the United States that house and train the Border Patrol’s four legged agents. The only other facility is coincidentally enough located in Agent Ross’s home state of Virginia.

The first few weeks of training candidates are in the classroom, much of the time is spent going over PowerPoints. The class then transitions to what is known as modular training. This is when the partners begin to work on obedience training and working short trails. After some time they move on to working longer trails with more variables, twists and turns. They begin with one individual for the partners to search for, then move on to searching for multiple people along the trail. When it comes to the training of the canine, they run off a rewards-based training model. The canines are not disciplined for getting things wrong, rather they are rewarded for getting things right.

A “green dog” means no prior experience and an agent who never before worked as a handler, firsts for both. It is not far off to think this likely helped out with the bonding process. The very first time an agent is allowed to take his canine partner home, he/she gives the dog a bath, “… from there, you are constantly bonding with them,” says Agent Ross. The two spend just about every moment together from this point, getting used to each other, learning to trust one another. The canines work with one handler, and only one handler. It becomes routine, waking up in the morning, jumping in the truck and heading off to training together. It is all about learning the job and bonding. This is not something that is preferred,  it is something that is necessary in order for them to be prepared to handle the job after graduating from CCEP and getting to work. “I think that was instrumental for us both to start from the basics and work our way all the way up to doing the real thing on the job.” 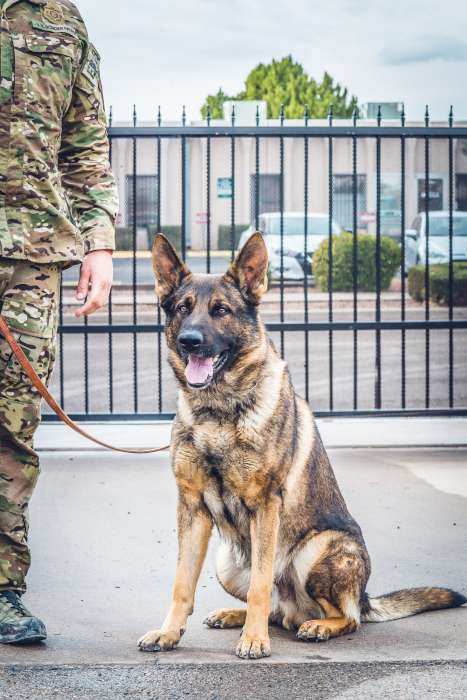 Agent Ross and Rody have been working search and rescue/tracking and trailing since graduating from CCEP in June 2017. In the El Paso area there are just over eighty canine teams. Only three of those canine teams specialize in tracking and trailing. Agent Ross and Rody are on that short list of teams. A majority of the canines graduating from CCEP go on to work in human, or narcotics detection.

One of Agent Ross’s most memorable moments on the job happened while they were detailed to a mountainous area of Van Horn, TX. It was cold and had been snowing heavily. Earlier the same evening there were multiple reported deaths in the area due to hypothermia. Agent Ross and his partner were doing some routine patrolling. Rody was off leash doing an area search. Rody and Agent Ross came across four lost individuals attempting to make their way out of the mountains. In ten to fifteen degree weather, the appreciative individuals (none of which were wearing a jacket) knew that the outcome would have very likely turned out to be grave for them, had this particular canine team not found them that freezing night.

At work, Agent Ross and Rody need to know one another exceptionally well. They need to be able to trust in what the other is doing, or going to do. When they are out in the elements and there are no visible tracks to follow, Agent Ross needs to be confident that his partner is on the trail, seeking out their target. “You just have to trust the canine.” Agent Ross says, “That is where the bond is so important.” There is simply no time to chase rabbits through a seemingly desolate desert.

For now, Agent Ross is unsure of what he will end up doing when it comes time for his partner to retire. Some agents move on to other roles, others choose to be re-teamed. One thing Agent Ross is certain of is, so long as Rody is a working dog, he wants to be the agent working alongside him.