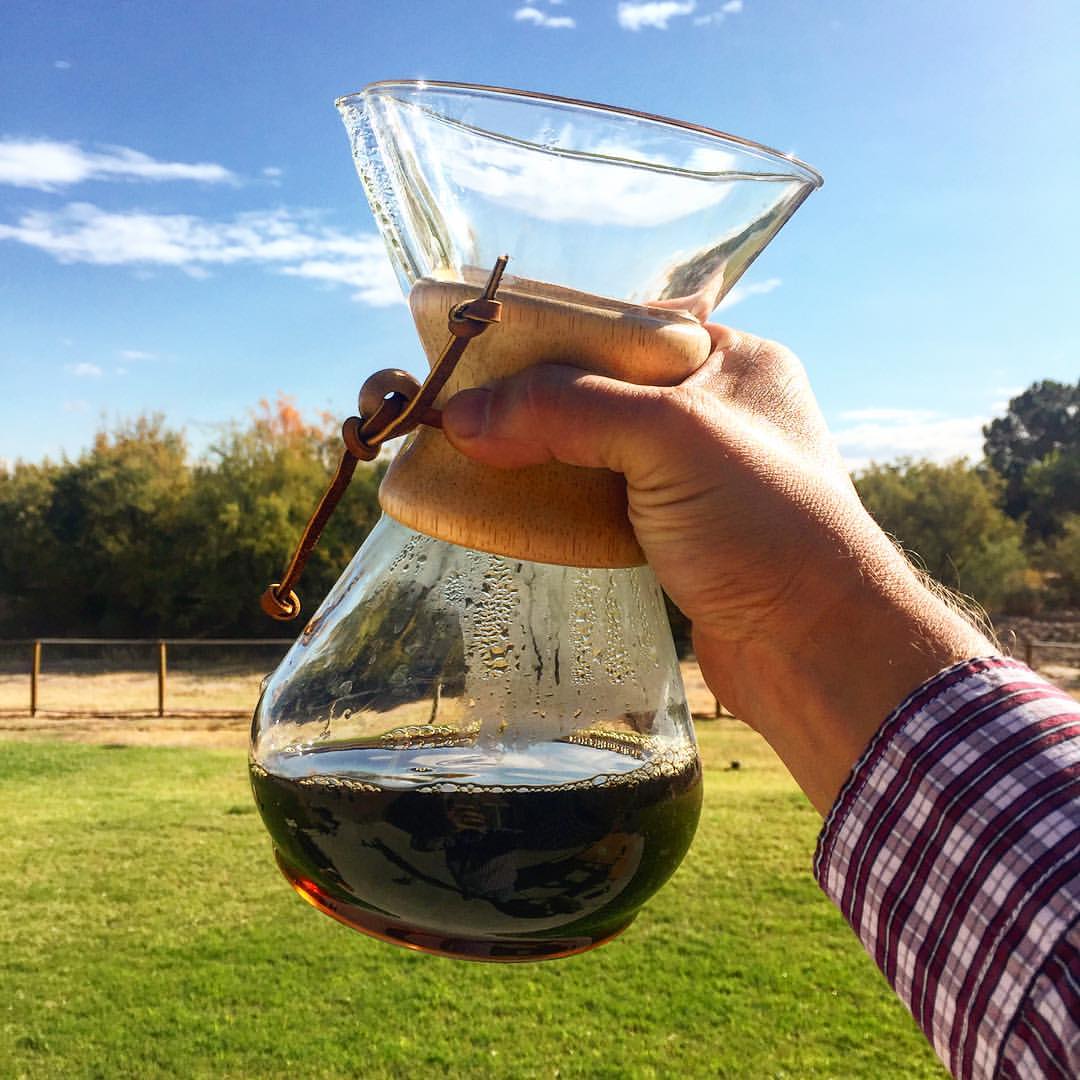 Farm-to-table has taken the country by storm—through farmer’s markets to restaurants practicing the same mantra, it begins to lose it’s meaning. Ubiquitous in modern time, it’s easy to be deceived by false advertising. But filtering through what is local and what is not—Picacho Coffee Roasters based in Las Cruces makes it easier to enjoy a fresh, local “farm-to-cup” of Joe.

Roast master, Chad Morris had been roasting five years prior to establishing the official Picacho Coffee Roasters brand. Beginning with specialty grade, fresh roasted coffee and a popcorn-popping machine, Chad got his start in a Las Cruces teacher’s lounge at the school where he taught music. A buzz surrounding his coffee grew among the staff and so did demand. 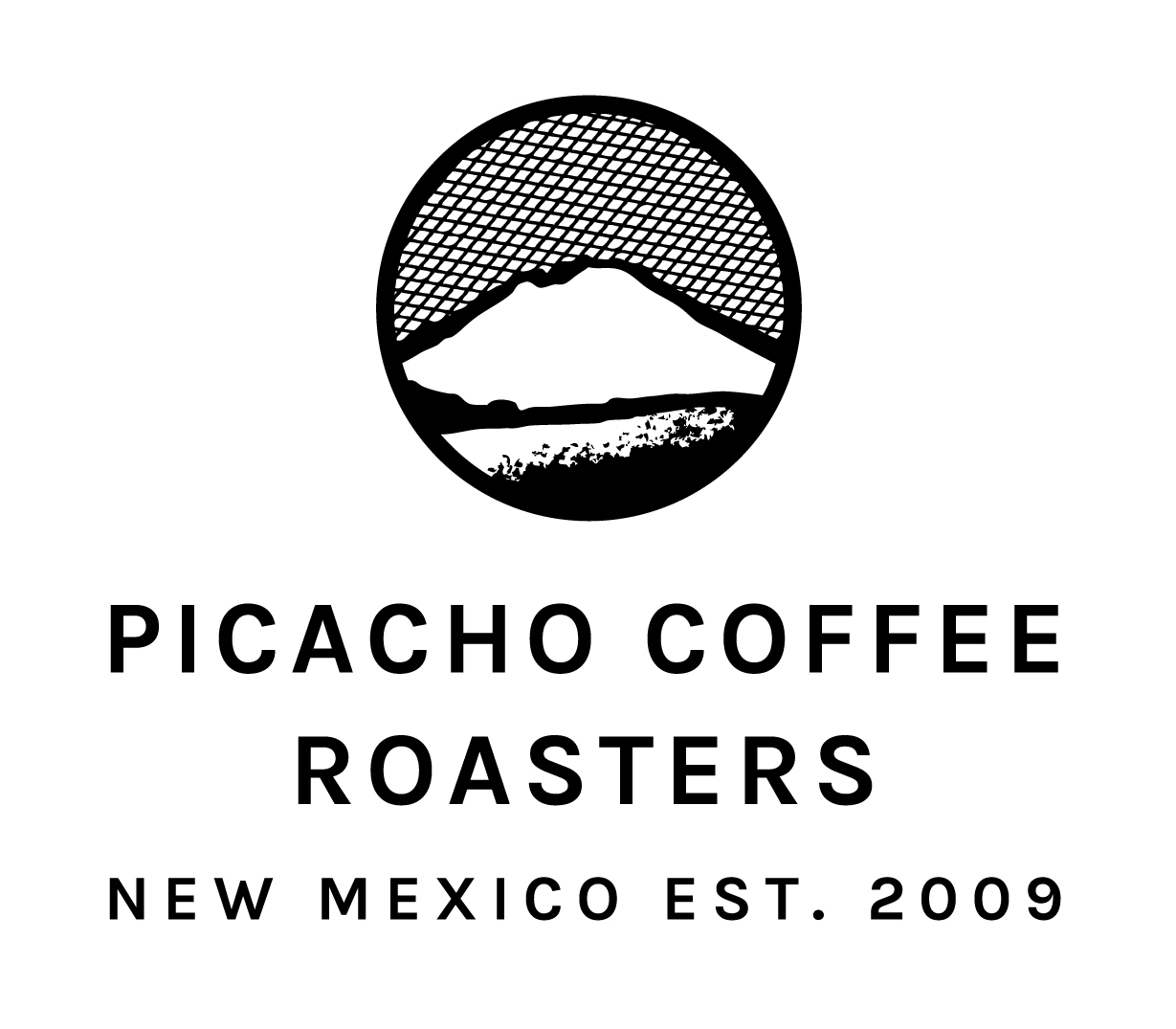 “The next Christmas that came, almost the entire school wanted coffee,” Chad says.

This moment led Chad to investing in the continuation of learning how to roast coffee and the details of the art of roasting coffee.

Flavor profiles are paramount in creating the quality behind Picacho coffee. Each pound being roasted is carefully crafted—Chad monitors the heat and time of roasting, observing through a looking glass on the roaster, he also listens to the cracking of the coffee cherry as the heat continues to rise, he awaits the perfect aroma. Chad aims to roast the coffee to taste it’s best, even sometimes roasting the batch multiple times.

“There is beauty in brewing coffee to allow it to manifest and open up the way it was meant to be,” says Chad.

In addition to the coffee cherries being sourced from single farms (also known as estate farms) that are typically multi-generational family owned farms from the Americas, Africa and the Pacific, Chad also works with special growers in several small, independent farms such as Rwanda and Kenya to offer limited production coffees. In grinding out the “farm-to-cup” experience, Chad garners close relationships with farmers and ensures special care for the coffee shrubs and the quality of the coffee cherries in order to produce a 100 percent specialty grade roast with an exceptional taste and aroma without defects. 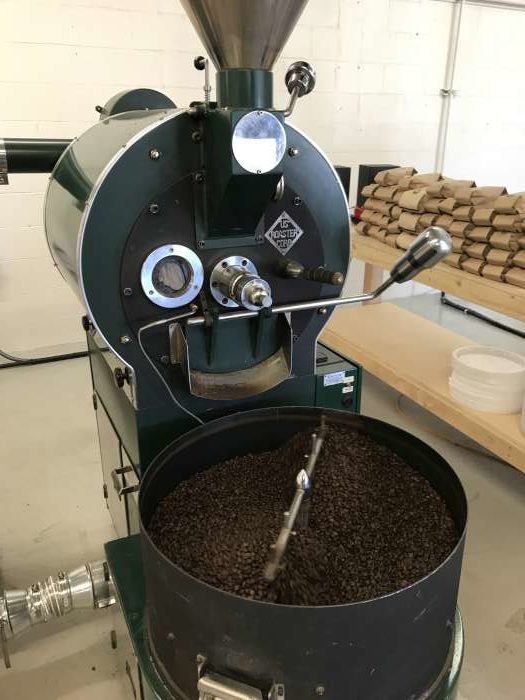 Through 18 different locations in El Paso including Eloise, Savage Goods, Dead Beach and six locations in Las Cruces, Chad says they have three fully manual five and 12-kilo roasters to help produce thousands of pounds of coffee each week.

“People know who we are, they know the quality of the product, but years ago that was not the case,” Chad says.

Prior to the various locations in the area, Chad says he “pounded the pavement” looking for anyone that would allow him to showcase his coffee. At a coffee shop neighboring Tricky Falls, many musicians playing at the venue and locals would stop for a cup of coffee, including neighboring building owner, Jim Ward. Chad’s opportunities continued to grow through music.

“There’s a music connection—through collaborations in coffee and music, you meet people and I really dig that they are really genuine about it. I think it’s putting the Southwest on the map.”

Through Picacho Coffee Roasters and other local coffee roasters in El Paso, Chad believes that the Southwest will be an upcoming contender in coffee roasting as opposed to the Northwestern coffee states like Washington and California where major chain coffee companies like Peet’s and Starbucks originated.

“My game is to keep it fresh and try to give people a good coffee experience every time they make a cup,” says Chad.

Chad’s personal favorite—Ethiopian, Sidama Ardi, is a natural, single origin coffee from small growers in Kilenso Moconissa. This medium bodied coffee offers notes of blueberry and raspberry, the body is enriched with cocoa and finished off with flavors of cedar-tobacco. By brewing in an hourglass-shaped filter coffee brewer, called a Chemex (or as Chad calls it, “the laboratory”) you can prepare your nose with the aroma of the coffee as the hot water prepares the grounds for “a clean cup that exposes you to all the nuances in the coffee.”

A single-estate coffee from Chiapas, Mexico is the most popular blend in El Paso and Las Cruces, Chad says. This medium bodied-dark roast from Rancho San Francisco offers notes of brown sugar, oak and spice. 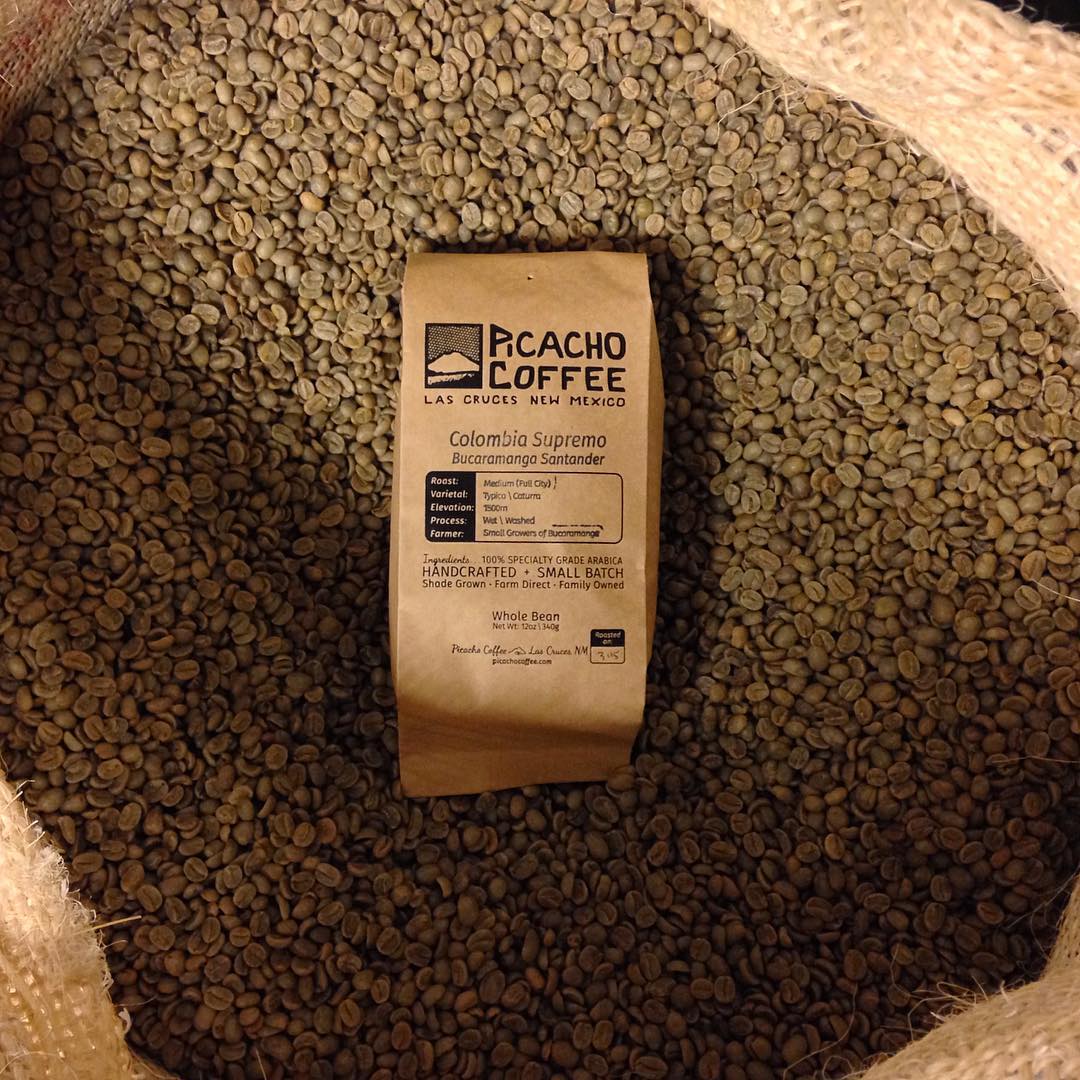 As for the future, the plans continue to percolate—a new home is on the horizon for Picacho Coffee Roasters, allowing the public to observe the coffee roasting process, taste and purchase coffee.  Beer and coffee collaborations with local El Paso brewers, Dead Beach and Spotted Dog, will continue as well as a larger production of cold brew. We can also expect a few surprises as the year progresses.