By Marko Morales
Photos Courtesy of The Giving Project 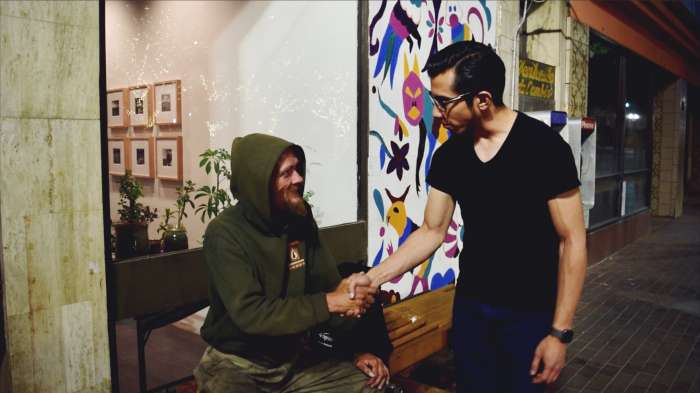 While most have never experienced what it is like to be without a roof overhead and lacking the basic essentials, many, due to their own life experiences have an idea of how quickly and easily some could find themselves teetering ever closer to such an unfortunate situation. Alcohol and drugs are far from the only reasons people end up living on the streets. A struggling single parent with multiple mouths to feed is told they no longer have a job, or a teenager comes to find their parents are so against their lifestyle, they are no longer welcome inside the family home. More times than not, when a hand up is needed and offered by individuals with a little love in their hearts, the smallest gesture can mean the world. 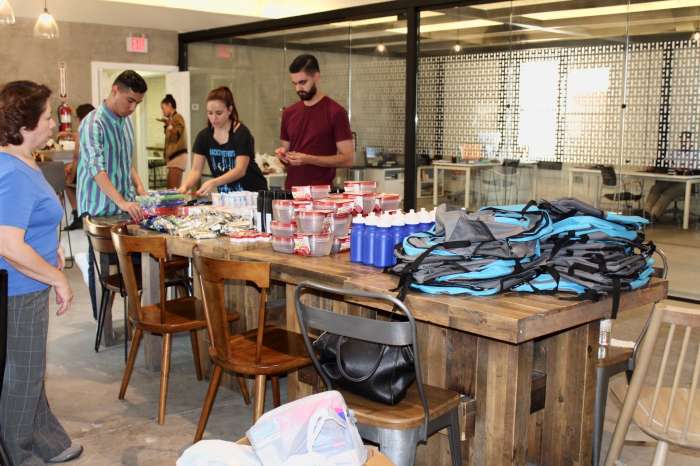 After coming across an Instagram post of sandwich bags filled with a toothbrush and toothpaste others put together for the less fortunate, Andy Farias got the idea to round up a few close friends and attempt to take the gesture a bit further. Aside from starting up a GoFundMe account that raised about eight hundred dollars in less than a work week, “…which far exceeded whatever we ever wanted to do,” Andy said, the group of friends was able to secure a donation of 15-20 drawstring backpacks. With that, The Giving Project organization came to be. The backpacks were filled with basic essentials, such as: lotion, hair care products, deodorant and cold weather clothing. A date was set to meet downtown to distribute all they could at an event they called, Project Give Night: Downtown.

In mid-November 2015, with the help of a couple local businesses, Andy and others gathered at San Jacinto Plaza to discuss how they would go about handing out what became known as Life: P.A.K’s, or Personal Assistant Kits. The group believed it would take all weekend long to come across enough individuals who were down on their luck that would happily make use of the contents of the bags. In one day, just about all the P.A.K.’s were successfully handed out. An overwhelming majority of them went to individuals in the downtown area. It was only then Andy began to realize that the need was much bigger than he originally suspected. 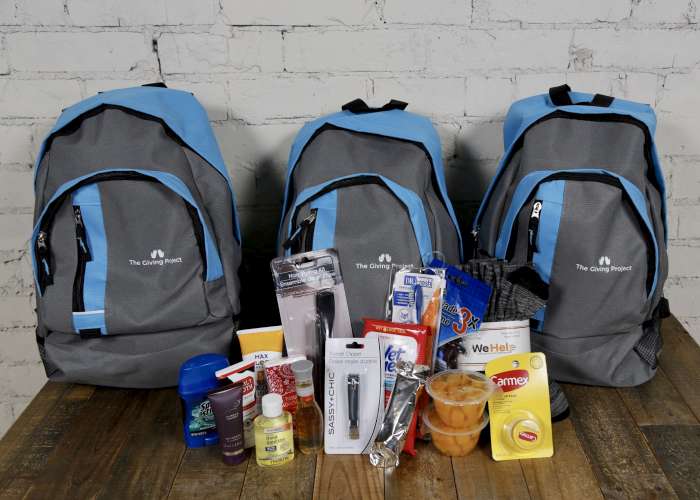 The idea was to use the backpacks as a source to gain the trust of those dealing with an unfortunate situation, opening up a dialogue to then be able to ask what else might be done to help. Though Andy felt that handing a few dollars over to a person in need was in fact a much-needed act of generosity from those with the means to do so, he also felt that meeting their needs, wherever they happen to be was just as important. “Whether that it is us through Project Give Nights, or whether that it’s somebody else grabs a backpack from you know, a local business partner… Let’s say it is One:One downtown, and somebody grabs one, and they are for free,” Andy said.

As recent as May and June of 2017, two others have joined Andy to take on more pivotal roles in the organization. Rachel Deslongchamps works as Lead of People, overseeing the progress and transition of the homeless individuals and families The Giving Project sets out to help. Lead of Development, Jordan Barron works on establishing and nurturing relationships with local businesses and donors. Both came on board to assist Andy in his role as Lead of Vision. Simply put, The Giving Project’s mission is to assist the homeless men and women in the El Paso community with some of their hardships by supplying them with the essentials and basic goods others might not think twice about having at their disposal.

Since its inception, The Giving Project has transitioned from drawstring bags to a larger and more durable backpack similar to what a high school, or college student might use for school. They have also expanded the contents of the backpacks themselves to include items such as nail clippers, sunscreen, wet wipes, and gender based goods. About a two-week supply makes up the contents of these new bags. “Each of the items cost a dollar. It cost fifteen dollars at the dollar store to get all that stuff together,” Jordan said. “What we aim to do is influence the choice of housing for homelessness … It costs the city so much more in just public resources to take care of the homeless population than it would if everyone just chipped in a buck.” 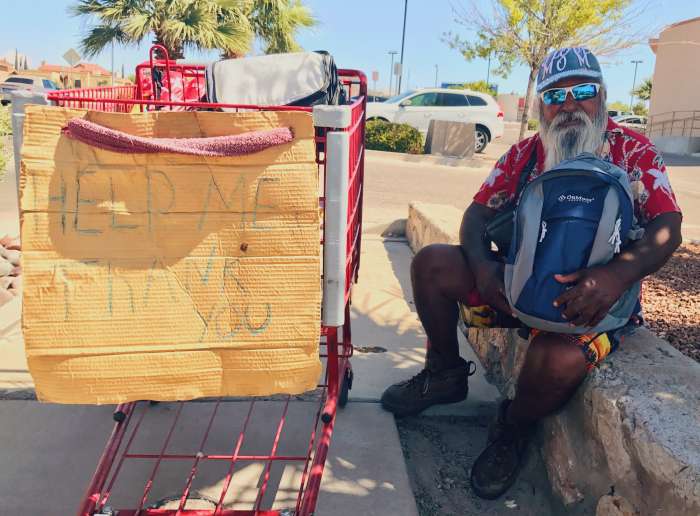 When it comes to volunteers and donors, The Giving Project and team members who make up the nonprofit are always elated when receiving an extra helping hand. Sponsors like One:One and other local businesses are also encouraged to act as drop off /pick up points. Those interested in information on The Giving Project and their upcoming events can check out any one of their social media pages.