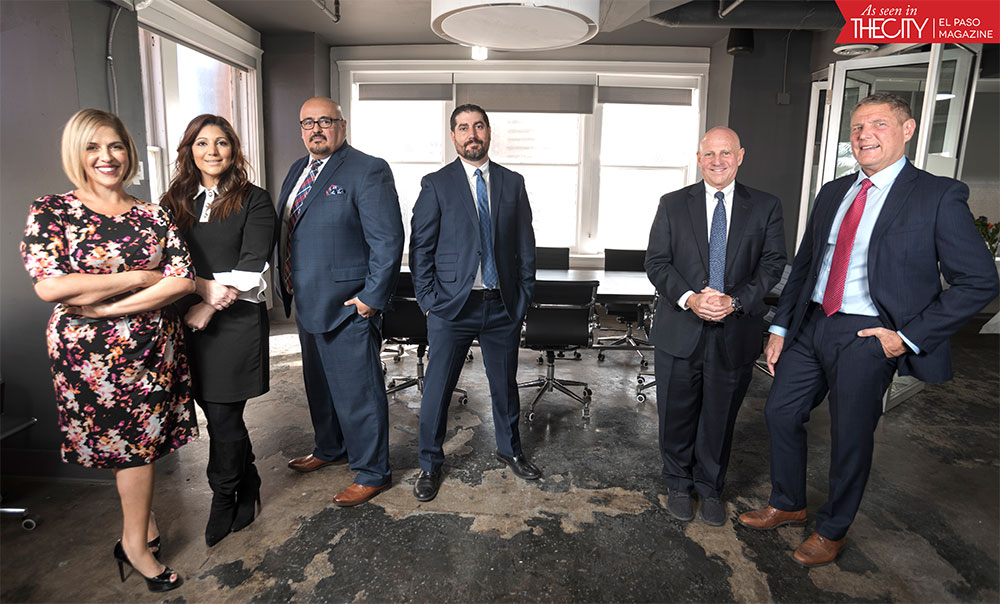 For 44 years, Scherr Legate has had one goal in mind, to help wrongful death and serious personal injury victims of workplace and construction accidents, trucking, train and car crashes, defective products, premises liability and other claims.

Scherr Legate attorneys are some of the most respected courtroom attorneys in Texas, New Mexico and elsewhere.  Scherr Legate has the talent and resources to take the biggest cases to court. In fact, Scherr Legate attorneys have won numerous large jury verdicts for personal injury and wrongful death victims throughout the area, including the largest verdict in the history of the State of New Mexico. The attorneys are supported by a staff that is 50 people strong. Together they’ve helped tens of thousands of El Pasoans get the justice and compensation they deserve.

When It Matters Most
Scherr Legate
El Paso