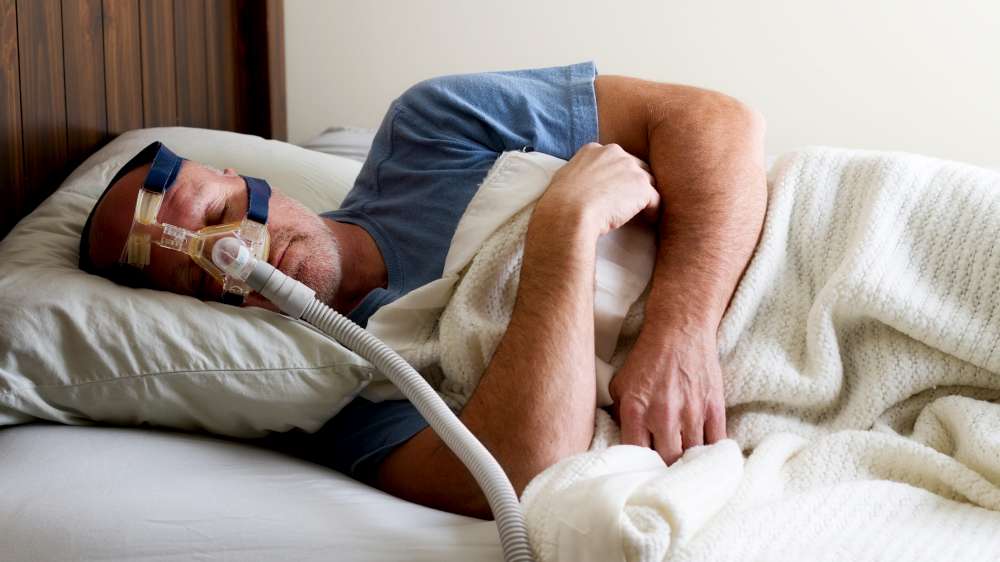 There’s nothing like a good night’s rest. When one-third of our lives is spent sleeping, the quality of our sleep, indeed, matters. As such, sleep disorders not only diminish the quality of our “z’s,” they can wreak havoc on our overall health. According to Dr. Eduardo Oñate, sleep medicine and internal medicine physician, and medical director at 8 Hour Sleep Clinic, between 12 to 19 percent of men and seven to nine percent of women suffer from obstructive sleep apnea, a common sleep disorder causing intermittent lapses in breathing and subsequent drops in vital oxygen to the body. The specific cause relates to a collapse of the tissue at the back of the throat due to the natural relaxation of our muscles during sleep. Lying on our backs during sleep can cause our tongues to fall back into our throat, leading to snoring and even choking noises. This narrowing of the airway further reduces the flow of oxygen to the lungs, which triggers wakening, whether realized or not, and the loss of crucial sleep. 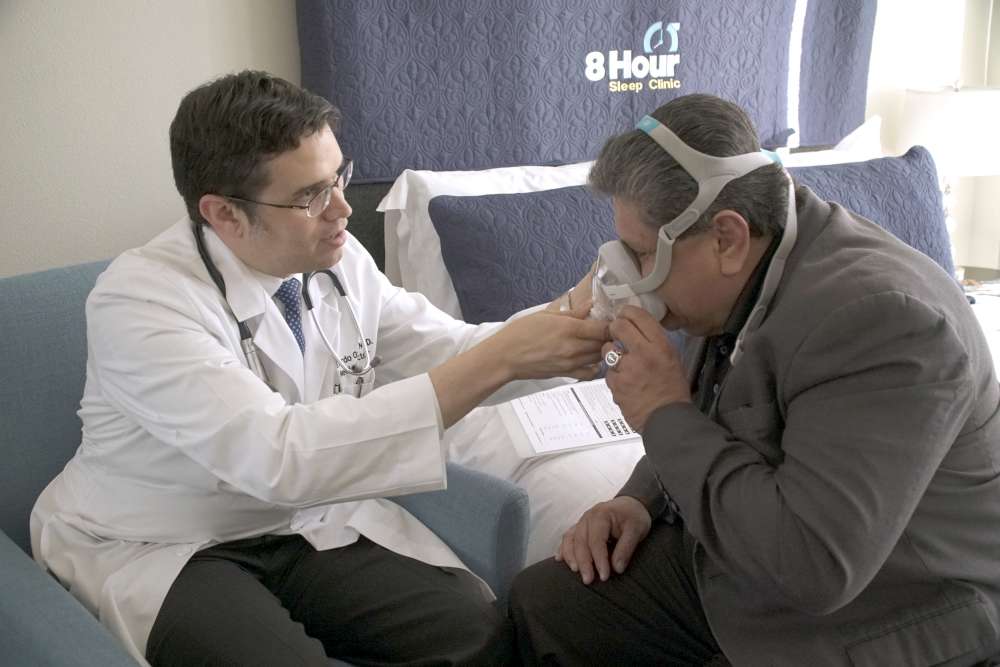 This condition is the most common of sleep disorders, ranging from mild to severe, can lead to high blood pressure, heart attack, stroke—even diabetes and depression—among other health problems. Enter Christopher Arriola, co-founder and CEO of 8 Hour Sleep Clinic, whose close family member suffered a stroke and was later diagnosed with sleep apnea—the disorder hitting very close to home. Once diagnosed, Christopher’s relative actually became the clinic’s very first patient. Today, the results have been life-changing for his relative after being successfully treated by the clinic.

The main treatment prescribed for sleep apnea is known as CPAP, or Continuous Positive Airway Pressure, therapy. The therapy involves the use of a mask that is self-administered at bedtime and helps keep the upper airway open to allow the flow of oxygen, so that the body isn’t wakened through the duration of sleep, allowing for better rest and recuperation. In the case of Christopher’s relative, the use of CPAP was said to have a favorable life-altering effect on their patient’s health within days. Not only is he resting better than ever, his morale is up, he can enjoy activities that he was unable to before and his overall health was restored. The use of CPAP therapy in his case has been so profound, Christopher says that their patient has gone as far as purchasing multiple machines for both travel and a second residence, and even has a device for use while traveling on-flight. 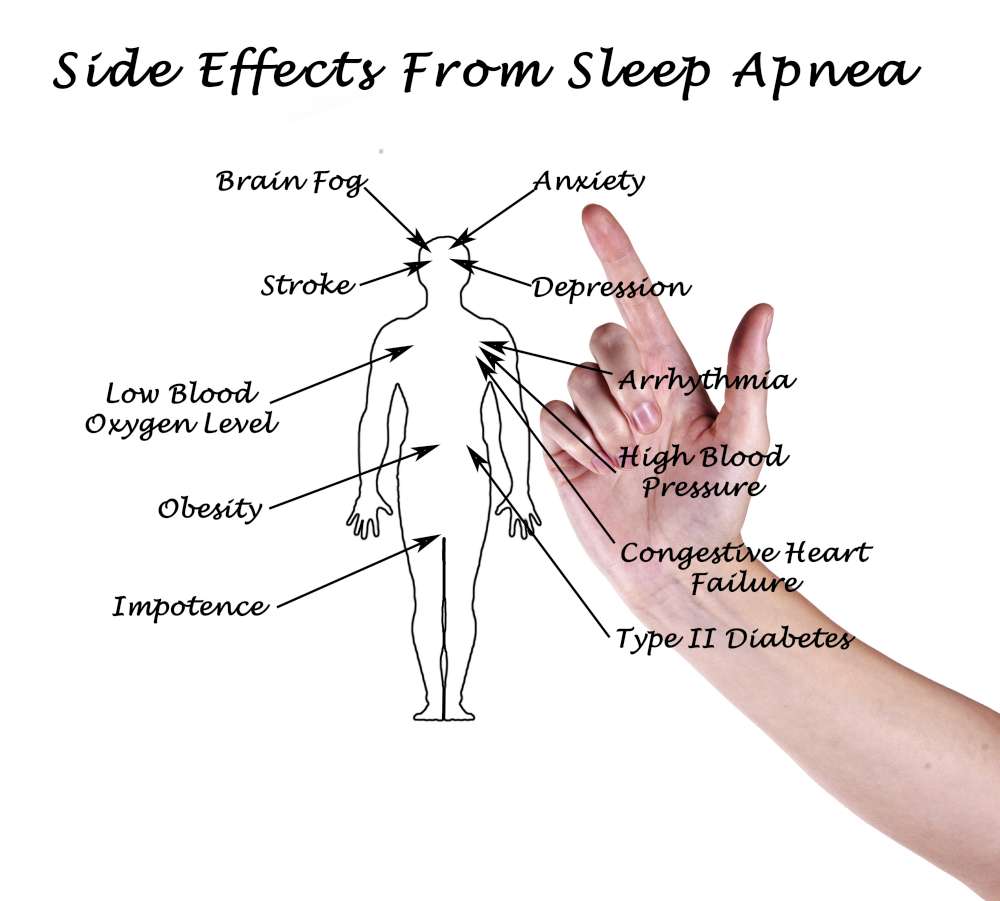 The bottom line, according to Dr. Oñate, is simple: Get tested if you experience any of the symptoms associated with sleep apnea. In fact, Christopher and his key associate, Michael Barron, also the clinic’s healthcare administrator, introduced the 8 Hour Sleep Clinic to our area as an alternative to the typical long waits for an appointment, as long as four to six months, with their patients seen within a 72-hour window following physician referral. Common symptoms that may require a screening for sleep apnea are insomnia, feeling tired and unrefreshed when awakening, difficulty concentrating, daytime sleepiness and fatigue and falling asleep unintentionally throughout the day. In fact, Dr. Oñate points out that sleep problems are found to be responsible for up to 20 percent of traffic accidents, stressing the overall importance of getting tested, and also cautions the use of sleeping pills for those looking to self-treat. “I think the most important thing is that this is a very treatable condition,” says Dr. Oñate and adds, “This can cause a lot of complications if it goes untreated … You can be affected in ways that you don’t even expect.” 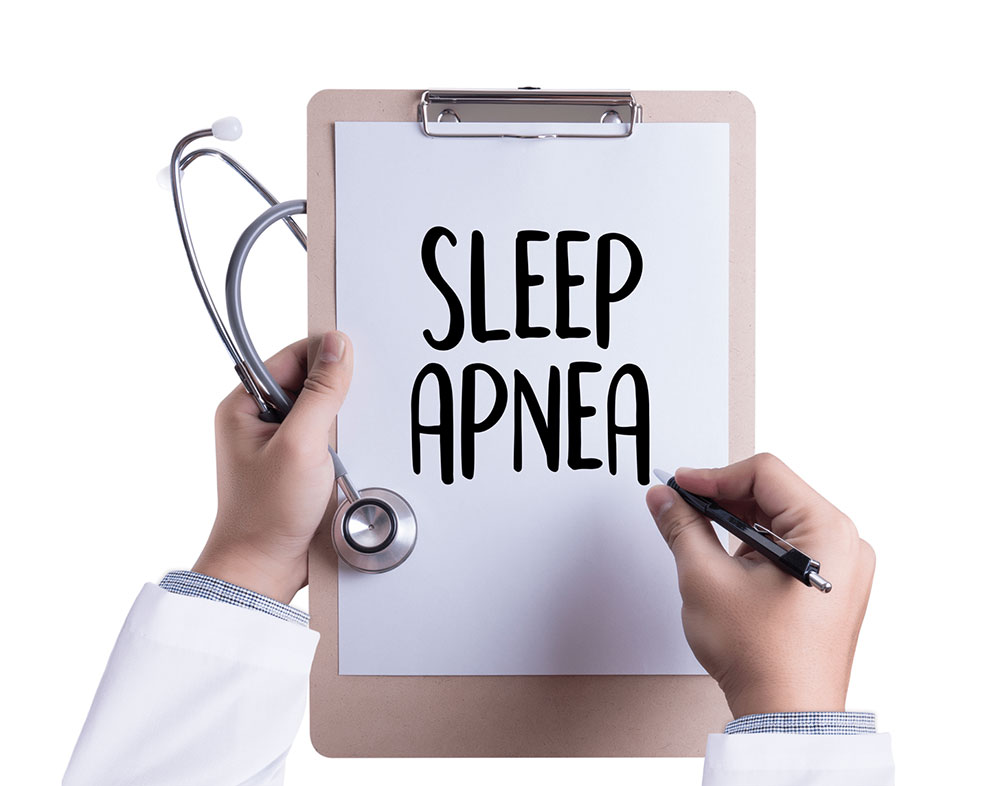 Once evaluated through the clinic’s state of the art equipment, patients who are diagnosed with sleep apnea have, aside from CPAP therapy, other treatments available to them such as oral appliance therapy—mouth guards used during sleep—along with other proven effective remedies. The clinic also offers a home test if certain medical criteria are met. All in all, when spending as much of our lives as we do getting shut eye, making the best of it requires no explanation. The real takeaway lies in the availability of successful treatments for those experiencing problems with sleep as a means to not only rejuvenating ourselves daily through high-quality rest, but ultimately, for profoundly improving the quality of our lives overall. 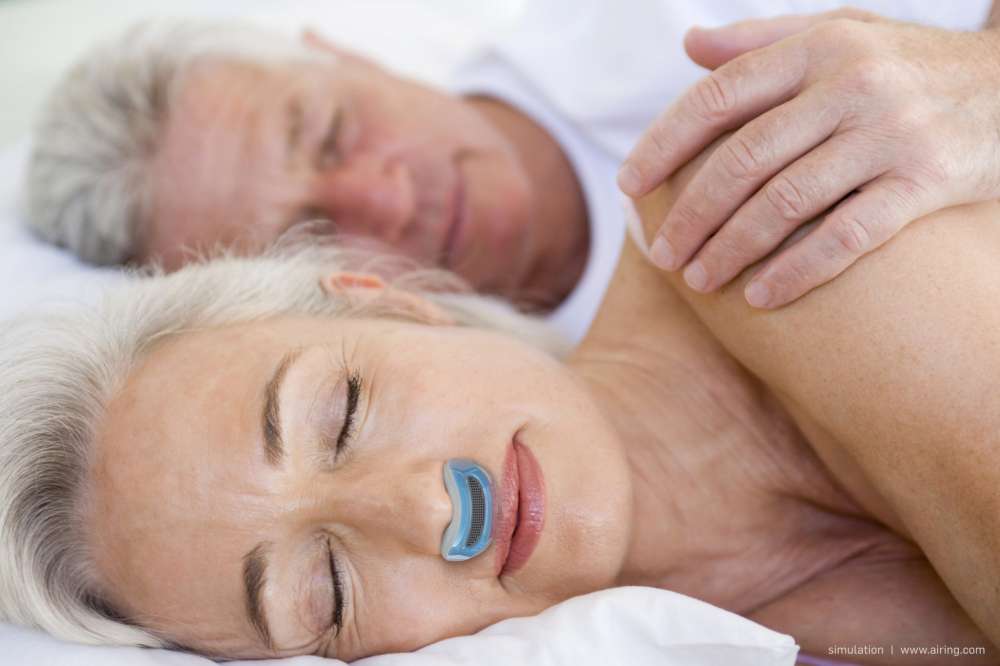