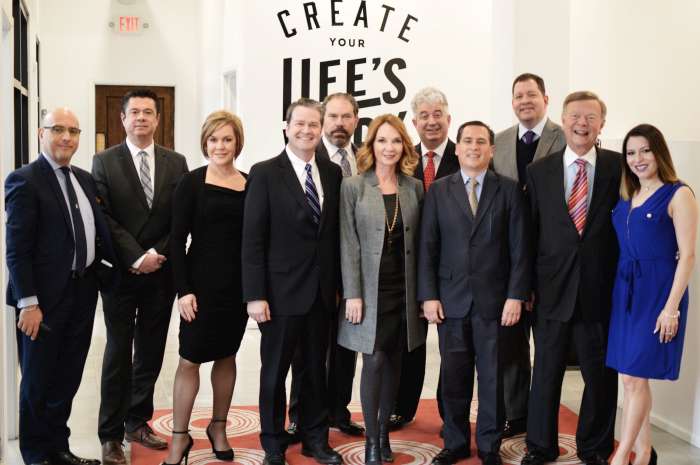 Advancing technology for its clients is only one facet of what SYSOL, the 20-year established security and IT solutions company from Mexico, brings to the table as it makes entry into El Paso. Founder and President, Yiris Hallal, a native of Sinaloa, Mexico who resides both in El Paso and Juárez, is now expanding his thriving, high-tech operation to the U.S., while overseeing offices throughout northern Mexico in Tijuana, Hermosillo, Chihuahua, Monterrey, Reynosa and the current Juárez headquarters. Offering businesses cutting-edge technology that spans sophisticated surveillance and alarm systems, voice and data networking, to innovative telecommunications and much more, SYSOL looks to become an industry leader in our area by offering the latest in tech support, while making significant contributions to our Sun City’s quality of life in the process. With the largest grocery store chain in Juárez, the well-known “S-Mart,” under its belt since the company’s inception, along with several prominent clients, SYSOL is well-positioned to doing exactly that.

Pointing to his company’s two-fold agenda for operations growth and economic expansion in our city by establishing its new U.S. headquarters here, Yiris says his company’s newly and strategically founded advisory board, with its diverging yet complimentary perspectives, is a means to accomplishing exactly that and describes his agenda as, “Growing the company and providing something good for the community.”

Enter Washington, D.C. consultant, Nestor Sainz of NAS Consulting Group, whom Yiris enlisted in that very aim and who, subsequently, spearheaded a sophisticated advisory board comprised of a top-notch league of major players who contribute significantly in their own respective ways. With over 20 years of international business expertise as a leadership and management advisor for many high-profile U.S. and foreign government officials, Nestor affirms the advisory board for SYSOL would be “a collection of professionals with diverse backgrounds, so that [Yiris] would have an opportunity to discuss at all levels” in order to effectively carry out his vision.

A culmination of unique and proven talents, SYSOL’s advisory board is solidly grounded in a range of well-rounded backgrounds and each boasts an impressive set of credentials.  That brings us to Lucia Navarro, a CNN correspondent, Telemundo news anchor and a recipient of the prestigious American Academy of Arts Award by the American Academy Awards of Arts and Sciences. Founder of The Luna Foundation, headquartered in Washington, D.C., Lucia brings with her a mission not unlike that of her own organization, which strives to create equal opportunities for women and girls in health, education, economy and advocacy in the aim of improving lives. Lucia ultimately shares in Yiris’ vision for opportunity growth in our city and across the board. 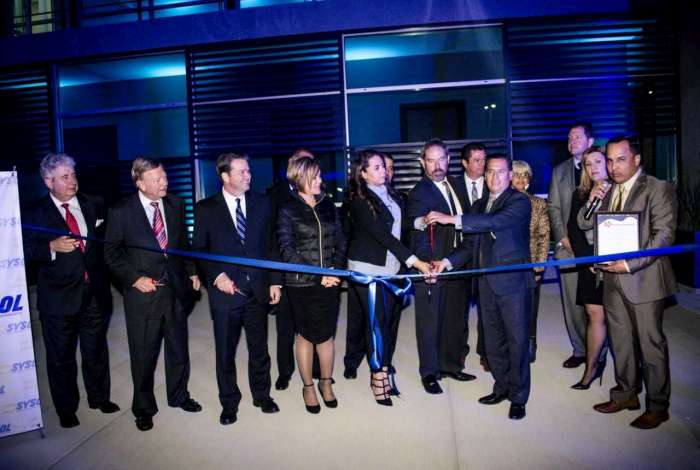 Then there’s Patrick Jephson, a New York Time’s bestselling author, with some very noteworthy credentials that include serving as the late Princess Diana’s Chief of Staff (his bestseller, “Shadows of a Princess,” tells the story firsthand), an appointment to Lieutenant of the Royal Victorian Order by Queen Elizabeth II, and regular appearances as a contributor for CNN and the BBC, among others. Of British descent, Patrick brings to the board a unique perspective of our city and says of Yiris’ vision, “We’re here to help Yiris and SYSOL, and by extension, the people with whom he does business with … and the wider community here.”

The board is also joined by William Beaman, a Harvard University graduate and current American University professor with a background that includes writing and editing for National Geographic Society, serving as Editor-In-Chief for Campaigns and Elections magazine and was Bureau Chief for Reader’s Digest. His specialties include public speaking coaching, strategic messaging and brand awareness, and he also partners with Patrick Jephson at their Washington, D.C. and London based communications and reputation management firm, Jephson Beaman, LLC. With respect to SYSOL’s expansion into El Paso, William says, “The idea is that it’s an opportunity to build bridges and encourage collaboration across the border at a time when there’s a lot of misunderstandings and concern …” and adds, “The branding of SYSOL makes Yiris and SYSOL a brand ambassador for El Paso.”

Ruben Olmos, president and managing partner at Global Nexus, also joins the team. He brings with him more than 18 years of expertise in government and public affairs and has a background of specialties that includes international relations, tourism and trade, to name just a few. More specifically, Ruben represents both U.S. companies and companies with U.S. interests and works to build and nurture those relationships. With vast experience in government relations consulting, including for one of the largest global technology companies known as Aptiv, Ruben is well-suited to help meet SYSOL’s objectives for U.S. expansion.

Appropriately, Arturo Mediola, vice president of operations at NEO Technology Solutions, brings to the table nearly 20 years of manufacturing experience from the U.S., Mexico and Europe, and offers a direct hands-on approach to the advisory board in terms of implementing successful tools and best practices relevant to SYSOL’s manufacturing operations.  A manufacturing guru, Arturo lends vast expertise from the Mexican side and offers a highly specialized perspective to the board. He points to the surprisingly untapped potential that still very much exists between our neighboring cities of El Paso and Juárez.

Finally, is prominent attorney, Gary D. Compton, a senior partner at Lucas Compton in Washington, D.C., whom once worked as a White House intern under President Lyndon B. Johnson’s administration, served on numerous regulatory agencies such as the U.S. Department of Energy and the Texas Railroad Commission and has practiced law before the U.S. Congress and the White House. As a successful lobbyist, Gary knows well the advantage of combining and leveraging interests for the betterment of SYSOL’s plans for our own city’s economic growth, and hopes to bring his expertise in oil and gas to the forefront in dealing with the anticipated challenges.

Bringing it full circle, SYSOL is not only a game-changer in the tech sector by improving the quality standards by which companies hold themselves to in our increasingly digital age, it also looks to bring that same penetrating force into our community via a socially-responsible agenda that promises to bring economic growth and vitality to a transformative city; a vision that is all too relevant during a time of rapid expansion for El Paso.

In late January of 2018, SYSOL’s “dream-team” of an advisory board made its debut at a local dinner hosted by Nestor, at which current Mayor Dee Margo and members of the El Paso Chamber of Commerce, were in attendance. The meeting of the minds was followed by several appearances in the borderland, one of which included a press conference in Juárez as part of an introductory tour that was very well-received. In fact, SYSOL’s advisory board spoke candidly with us at The City Magazine offices during this time and person each left here with a much different impression of our city than before. In fact, the board shared both on and off the record that El Paso is quite surprisingly off the radar, has “such a rich range of assets that could be brought together more and marketed more consistently,” and more poignantly said, “is a story that has yet to be properly told or properly heard.”

Currently employing around 100 employees, and servicing over 60 major clients, SYSOL projects officially opening its doors in the Sun City within the year, and has begun providing its innovative client services locally to the likes of Tyco Electronics and others. With that, El Paso can look forward to SYSOL, through its strategically organized advisory board and national influence, to help further bridge the proverbial gap between two sister cities, two neighboring nations, through both job creation and economic growth.  By way of this unique group of national leaders and its opportune agenda for mutually-rewarding commerce through visionary collaboration, lies the promise of far-reaching progression and vitality for our city and its residents.