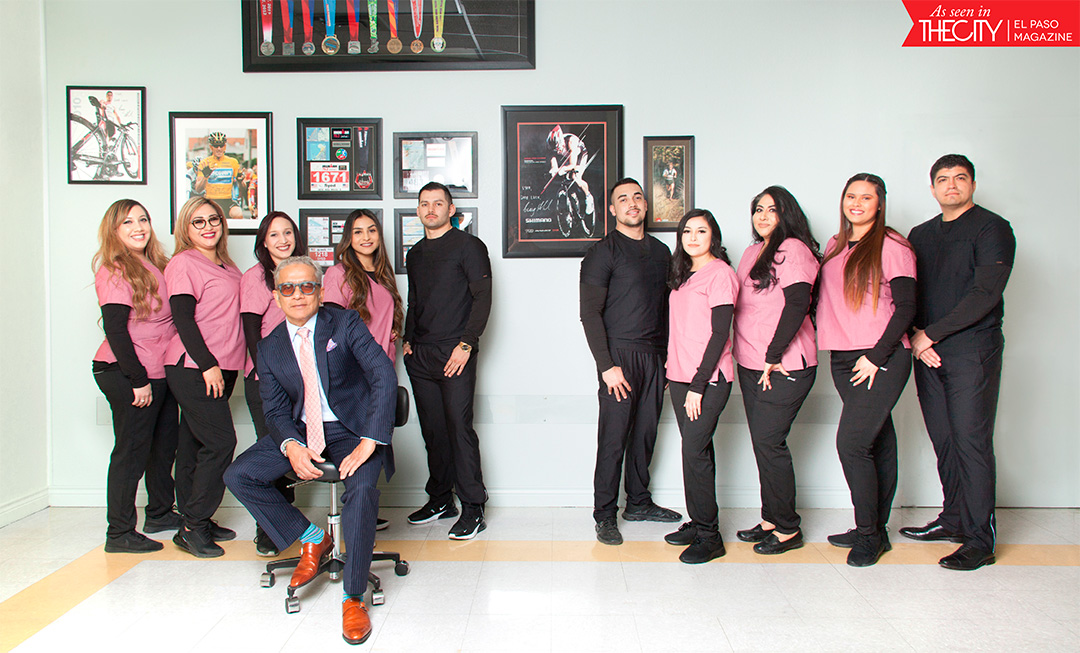 PANACEA is Latin for “Healing for All”, which best represents the mission of the full-service clinic owned and operated by Doctor Syed A. Yusoof. Dr. Yusoof’s medical journey began with his mother’s envision of him becoming an MD, he decided to follow his mother’s dream, and this is when he found his true passion for Medicine. He went on to receive his Doctor of Medicine from DOW University of Health Sciences in Pakistan. Growing up in Geneva, Switzerland, French became his primary language replacing his native of Urdu followed by English and Spanish. His multi-cultural background has led him across the world. He proceeded to Chicago to do his internship at Cook County Hospital, followed by chief residency.

In 1996, Dr. Yusoof came to El Paso, Texas and joined a Medicare/HMO Program as a Medical Director, where he taught part-time at Texas Tech and developed core curriculums for geriatrics. In 1998, Dr. Yusoof opened his private practice, Panacea Clinic Of El Paso, where he now calls “a home away from home.” He practices at all four hospitals and acts as an assistant professor at Texas Tech and Burrell College of Osteopathic Medicine. As a former President of the Medical Society, Dr. Yusoof remains actively involved in the medical community.

In 2003, Dr. Yusoof experienced the other end of medical patient care and was diagnosed with small bowel cancer. Due to the mental and emotional toll, he chose not to disclose his diagnosis for many years but chose to remain positive and focus on his health. Upon his successful and now cancer-free return, Dr. Yusoof gained a new perspective towards functional medicine. He continues to stay humble and connect deeper with his patients and the community of El Paso. His nickname, “Dr. Ironman” doesn’t fall short as he has completed 17 Ironman triathlons and 24 marathons. His motto to his patients is, “If I can do it, you can do it 10 times better.”

In 2018, he relocated Panacea Clinic from the west to east side to merge with Panacea Urgent Care and facilitate access to the community. 2020 will be the beginning of a new and exciting chapter as Dr. Yusoof is set to launch a full spectrum clinic. Panacea Clinic, alongside Panacea Urgent Care, will be fully equipped to include: functional medicine, hormone replacement therapy, infusion center, X-Ray services, ideal protein weight loss, sleep studies, autonomic nervous system testing and neuro-functional evoked response testing—the first center of excellence for concussions in town. “It’s not only about adding years to life, but adding quality years”